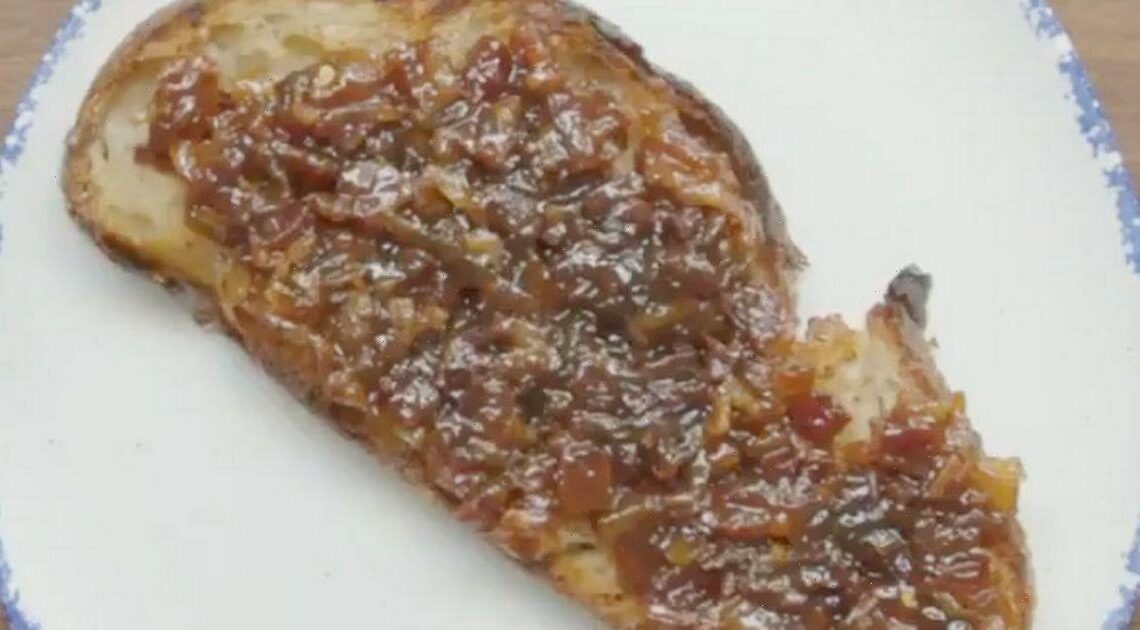 Gordon Ramsay has shared a new breakfast recipe with jam made of bacon and his fans have no idea what to think.

The celebrity chef posted a cooking video on Twitter over the weekend to inspire his fans to "upgrade" their breakfast toast with an unusual jam flavour.

But he received a wave of criticism from viewers who said the jam is loaded with "lard and sugar".

In the video, Gordon gives instructions as he pan-fries the bacon bits until they are golden brown.

He then adds onions and shallots to caramelise the pork before dropping in brown sugar, maple syrup, coffee, apple cider vinegar, and red pepper flakes.

The oil from the bacon is mixed with all the ingredients and thickens to become a jam paste. The whole process takes up to two hours to do so according to his recipe online.

Gordon assembles his toast on a plate by covering the buttered sourdough bread with bacon jam and topping it up with scrambled egg.

And finally, he adds a touch of chopped chives to garnish the dish.

The 54-year-old wrote: "Upgrade your toast this week with my delicious bacon jam!"

The recipe has sparked controversy since it was posted on social media on Sunday, May 16.

One fan was disgusted by it and said: "Ew. Bacon Jam? Pretty much same as bread with lard and sugar.. No thanks, I'd stick to Goulash instead."

Another commented: "This is both more calorific and less tasty than a bacon sandwich."

A third was shocked by the time it took to make the jam and blasted: "I'm not spending an hour and a half making bacon jam.

But others were tempted to try it out and believed the jam would be a great sauce for burgers as well.

"This looks delicious, I might have to give pork a go again," a keen fan said.

What is Dear Evan Hansen about?
Recent Posts