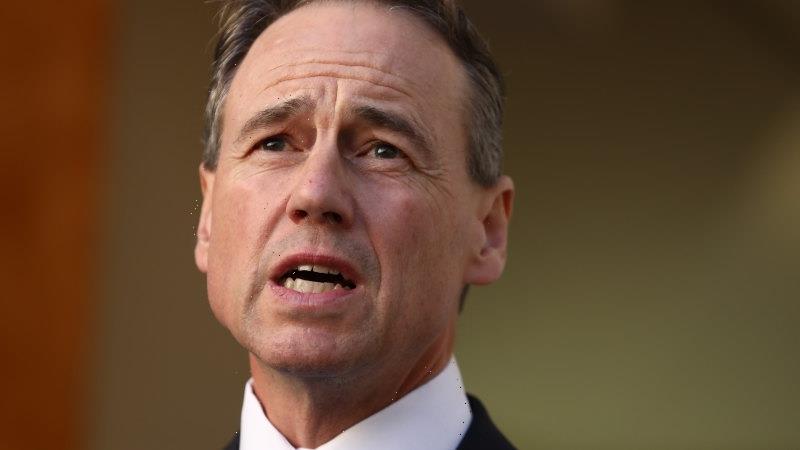 Federal funding could flow to more states and territories to expand the nation’s quarantine capacity in a bid to copy a Victorian plan to build a village-style centre with hundreds of rooms near Melbourne.

The federal government is looking for similar projects in other locations on the key condition they add to hotel quarantine rather than trying to replace the existing system. 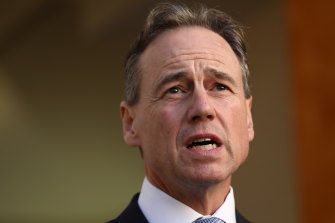 Health Minister Greg Hunt said the government was “looking for partnerships” with states and territories on quarantine facilities.Credit:Dominic Lorrimer

Health Minister Greg Hunt stepped up the federal support for the Victorian proposal on Friday by saying it was “far and away the most advanced” from states and territories.

Mr Hunt said the government was “looking for partnerships” with other states and territories after the expansion of the Howard Springs facility near Darwin, which is expected to reach a capacity of 2000 beds within a week.

But a Queensland proposal for a quarantine camp near Toowoomba remains off the federal agenda despite a visit to Canberra by its chief proponent, John Wagner, in a bid to overcome objections.

Prime Minister Scott Morrison has praised the Victorian proposal, which would add to existing hotel quarantine, but dismissed the Queensland plan on the grounds it does not have a detailed costing. 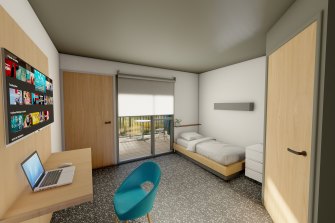 The Victorian government has provided renders of what the new quarantine facility could look like.

Mr Hunt said there could be a discussion about changes to hotel quarantine or new facilities.

“Obviously it is a program that has been established to manage COVID as we have it, so it is always under discussion with the states,” he said on Friday.

“It’s the fastest and safest way to bring in large numbers of people to Australia. So far, we have had over 300,000 people go through hotel quarantine.” 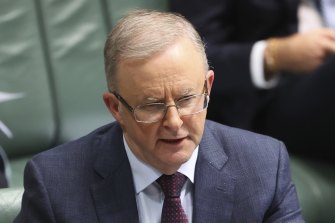 Labor health spokesman Mark Butler said the government had failed on quarantine as well as the vaccine rollout, which was initially meant to reach four million doses in March but only passed that milestone this week.

“I think the government has been dangerously complacent,” Mr Butler said.

Mr Butler named ventilation problems in hotel quarantine, which make it easier for the coronavirus to spread, as a key reason to expand other quarantine centres.

Queensland Premier Annastacia Palaszczuk has backed the Wagner Corporation’s plan for the new facility near Toowoomba and Mr Wagner is understood to have met Mr Albanese in Canberra on Wednesday, but the federal government is resisting the idea.

A key problem for Mr Morrison is Queensland wants the new facility to replace hotel quarantine, something the Prime Minister believes to be a flawed approach.

NSW Premier Gladys Berejiklian has expressed confidence in hotel quarantine but appears to be open to other approaches over time, with state treasurer Dominic Perrottet acknowledging the argument for additional facilities.

Mr Perrottet said hotel quarantine had been “incredibly successful” given the low proportion of infections that get out of the system, but he said the system could be changed for the year ahead.

“The virus is not going away and as leaders we need to always adjust our policy settings as this goes on, so simply doing the same thing we were doing 12 months ago is not necessarily going to be the best situation or best system in place over the next 12 months,” he told Sky News on Thursday morning.

“We’re always looking at those things but at the moment we’re very happy with the hotel quarantine system.”

Moment Instagram trader who 'scammed people out of £4m' is confronted

Friends’ David Schwimmer reveals REVOLTING encounter with Ross’ monkey on set – and snaps ‘he needed to f*** off!’
Recent Posts