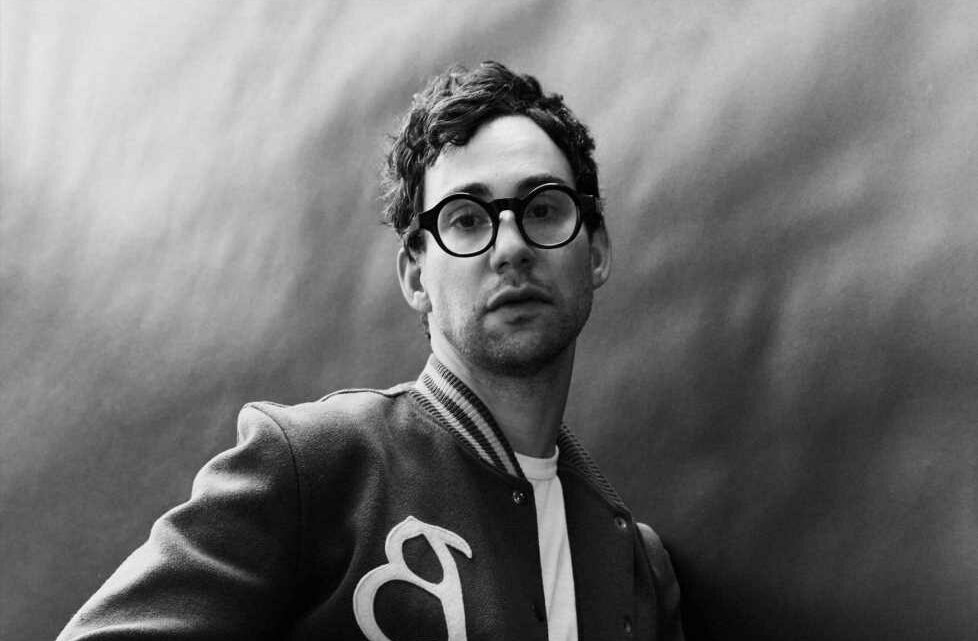 This piece is part of Rolling Stone’s second annual Grammy Preview special issue, released ahead of the start of first-round voting. We spoke to some of the year’s biggest artists about the albums and singles that could earn them a nomination — or even a statue come January — and delved into the challenges facing the Recording Academy, providing a 360-degree view of what to watch for in the lead-up to the 2022 awards.

“The only fucking thing that matters in this line of work is to feel something and then make your best version of it,” says Jack Antonoff, who continued his alt-pop dominance during the past year, producing and co-writing for Lorde, Lana Del Rey, Clairo, and St. Vincent. He also found time to put out Take the Sadness Out of Saturday Night, the third album from his own project, Bleachers, with guest vocals from Bruce Springsteen and some help from St. Vincent and Del Rey.

The albums are sonically different from one another, sometimes wildly so, but they share a notably organic feel. Antonoff is, himself, a multi-instrumentalist, playing guitar, bass, drums, keyboards, and more in the studio, and he suggests that his latest set of sounds was driven by the times. “All this shit is just clothes, how you dress up a song,” he explains. “It’s cultural. I think we’re in this sort of subconscious conversation with each other, about global warming and how the future is here, but it’s a big fat disappointment. Maybe that made me and everyone want to hear the player a little bit more.”

That said, whatever’s coming next may be very different: “I’m sort of drifting somewhere else,” Antonoff says.

Were you shocked that people were so shocked by the stripped-down, guitar-driven direction of Lorde’s Solar Power?
She took a quantum leap. Artists grow and change, but the last thing the world knows of you is the last thing you put out. Sometimes things will come out, and people will be so shocked by them. And I’ll have to always remind myself that I’ve been on this sort of slow journey, watching the material and the artist get to this point, but for everyone else, you know, you go from one album to another. I think if you’re not eliciting some amount of shock, then there might be a missed opportunity to grab people. She came to me and started telling me this story of her homeland, New Zealand, and the feeling and the sound of it and this sort of this this brightness that she feels when she’s there. Coming from her, it was shocking. And then we chased it.

Lorde always avoided guitars, specifically. How did that element come in?
She came to me and said, “Let’s try guitars.” And then there was a crazy journey on really dialing in the feelings and the tones, because to have guitars on Lorde’s music is already so shocking that we didn’t want to rely on that. We wanted to find this, like, really divine sound, which ended up being this perfect sort of chorus-y echo [Fender] Jaguar thing.

I know “Oceanic Feeling” is your favorite song on that album. What is it about that one for you?
It’s a huge standout for me because it’s the last one [we] made for the album. It was this big, closing journey.  Everything this album is about — lyrically, emotionally, visually, sonically — is so wrapped into this song. And it’s one of those things that if you put it on paper and told me you wanted to make a song like this, I wouldn’t know where to start. Because it’s such an undertaking. It’s got all these parts and they all speak to each other. But there’s this feel that goes through it. It’s one of those fever dreams of a song where I kind of listen back and get very lost in it. And I don’t fully remember how the two of us pieced it together, but I’m sure glad we did.

How much in-studio improvisation was there on Lana Del Rey’s Chemtrails Over the Country Club?
“White Dress” is a wild song that happened at Henson Recording Studios in L.A. People like to be like, “Oh, that was a live jam.” That shit really was. She had her mic; I was on the piano. We were fucking around and you can feel it. You hear her vape sucking in and out. She was improv-ing a lot of it. That song would die on the vine if you tried to lock it to a grid and clean it up and take out all the noise. The work I make with Lana, it comes out of nowhere.

One of the most fucking wild songs on Chemtrails is “Dark But Just a Game.” And you’ve got this Beatles-y direct guitar against the tambourine sample and huge 808s, and then a really small live drum and her doing these big Joni [Mitchell] harmonies. I remember when we finished that one, being like, “That shit is way ahead of itself.” And I still feel that way.

The vibe of that album is so specific and hypnotic. What was the key to maintaining it?
The challenge is, it’s a fucking house of cards. So at any minute, the wrong track listing, the wrong synth sound, the wrong song, whatever it is, can dismantle it. So the challenge is always present. You’re sort of building it as it goes; things like track listing and mixing and all these things are all happening as we’re making the album. I haven’t really had the experience of being [in the studio] with someone and taking a wrong turn and having a disagreement about it. You’re just so on the ride together. So you just know.

St. Vincent’s Daddy’s Home showcases a much more technically complex kind of music. How was that experience?
We just played our asses off. On Daddy’s Home, those parts are fucking nuts, and we were taking cues from some of the greatest records made in the Seventies. We were looking at what Stevie Wonder or Steely Dan would do. Annie [Clark] is a remarkable musician. People are like, “Oh, yeah, she’s amazing on guitar.” But she’s also amazing on theory and the movement of things and harmony. The whole vibe of Daddy’s Home was like, “Let’s just push you to the absolute fucking limit.” And she let me play drums, which is pretty exciting.

How conscious was the baroque, almost Sgt. Pepper–y feel of Clairo’s LP?
Claire [Cottrill] and I, we got really excited about the idea of massive decisions that didn’t have to stay forever. I would say more on Magical Mystery Tour, even, but definitely Sgt. Pepper’s, an entire massive cello section might come and go in the right earphone or the left earphone for 10 seconds. We did this a ton with Claire’s vocal. We would record hours and hours and hours of these wild ornate stacks. We’d pan them and we’d swirl them, we do all this stuff, and then we’d use it in fucking five seconds of the song. “OK, so we’re going to record Claire’s vocals for 12 hours, take all 12 hours that work, put it through this tape machine, crunch it to death and then put it in the right earphone for nine seconds on a song that’s actually only piano.” We decided we were going to make it wild and precious, and open the door for the song structures to get into a very strange place, taking cues from later Joni or Harry Nilsson, where things can really move into zones that shouldn’t be allowed.

Geoff Emerick, who engineered the Beatles’ music starting with Revolver, wrote in his book that he feels lucky to have had so many technical limitations to overcome. You’re making music at a time where almost anything is technically possible. Especially on a Bleachers album, where it’s all up to you, how do you face down the infinite choices?
You create your own limitations, which is something that took me years to learn.  I’m very aware of where I find the beauty. And it’s in making firm decisions and committing. You’re looking for a bell to go off in your gut, right? So you’re playing, and then as soon as you feel that, you have an option, which is, “Print it, we’re done.” Or you could take the other approach, which I think is very artistically destructive — “Oh, well, we got this thing that everyone loves. And we can change it whenever we want!” Which is also why I don’t use software synths.  So that way, when we’re working in the room, I know that if I find something that sounds great, that’s it, I can’t do it again — I can’t recall the sound. And I think that resonates with listeners, because they have to be able to start to recognize sounds that are repetitive versus impossible-to-recreate sounds. … I would rather live with [mixed-down] stems of shit I feel then endless sessions letting corners of my personality come in and fuck things [up] until all of a sudden, I lost the original thing that I loved.

“The untold story of the music industry … is that the best thing for business is to make your best work.”

How did you settle on the specific sonic treatment you used for your voice on the Bleachers album?
There’s a certain slap [echo] tone. Usually it’s a Copicat, which is a specific kind of machine. And I knew how to set it. And I knew I liked this tone, and I could fuck with it. I was looking for this, like, Fifties-through-the-Eighties-through-the-future tone.

My guess, just from listening to your work, is that you particularly enjoy playing bass. And I notice you like panning it to one side.
I do. A lot of things for me have a lot of influences coming together, but with bass, it’s just Paul [McCartney]. Paul’s a bass player that doesn’t subscribe to this idea of, like, the bass player holds it down. He’s like, “Fuck that, I’m gonna play all over this. I’m going to throw in melodies and I’m going to move here and there.” And he got away with that because for most of those recordings, they threw him in one earphone so he didn’t need to be this centerpiece. But I’ve always liked that better. I’m not into this sort of patriarchal bass guy who glues it all together.

There’s a meme out there of various pop stars fighting over you and your time. Just on a practical level, how do you deal with potential scheduling conflicts?
I think it’s really fun and joyful to make time for things that you love. If it gives you energy, you find space for it.

As you work with super-famous artists, and sometimes lead them in a direction that’s not super-commercial, do you ever get scared that managers will start thinking of you as the guy who makes the left-field album that shoves you off the pop charts?
[Laughs] Oh, it’s really good for business. I mean, the untold story of the music industry — and the reason why it’s untold is because the story often gets told from the people at the labels who make their money a certain way — is that the best thing for business is to make your best work. And I think I do what’s called for at any given moment. I’ve had plenty of big pop things that I’ve loved and were perfect for that time. And the concept of weird or left [field] is sort of specific to any moment, right? I think Folklore, in the context of Taylor’s career, was a huge swerve. And it was really wonderfully received artistically and commercially.