Home » Lifestyle » Green Britain: ‘Every river is polluted beyond the legal limit’

Green Britain: ‘Every river is polluted beyond the legal limit’ 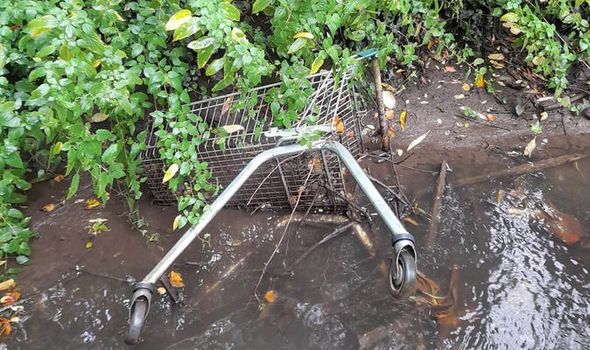 River Action, an alliance of green groups, said every river in England is polluted beyond legal limits while in Wales 56 percent fail to meet “good ecological status”. It claimed that agricultural pollution is “rampant” while human sewage was released into English rivers 400,000 times last year.

This is bad for wildlife with more than 10 percent of the UK’s river species facing extinction, including iconic species such as the Atlantic salmon and European eel.

Here’s What you might catch: hepatitis, E.coli and a dead trout.”

It is running a Save Our Rivers petition which has got more than 37,000 signatures in just two weeks.

It claims the cost per year would be £60million – or “a quarter of a kilometre of HS2”.

Natural Resources Wales has suffered cuts since its 2013 creation.

In each of the Environment Agency’s 14 regions, the funding allows for the full time equivalent of 0.65 staff to inspect thousands of farms. That means they can expect just one check every 263 years. In

England, court actions against river polluters fell from 235 in 2002 to just three last year. The petition states: “Polluters can dump waste in rivers secure in the knowledge that they will be neither monitored, inspected nor prosecuted.”

Charles Watson, the chairman of River Action, said: “Our rivers are dying. This is an urgent call to everyone who loves swimming in, fishing on, or just walking along our rivers to demand action.” Campaigner George Monbiot added: “It’s an ecological and public health crisis on our doorstep.”

A Water UK spokesman said: “We are investing £5billion on environmental improvements and are working hard to improve the health of our rivers.”

How long does food poisoning last and can you get it from chicken, beef, pork, fish and mussels?
Recent Posts