Home » Lifestyle » Green Britain: Poll shows Britons turning their back on meat for sake of the environment 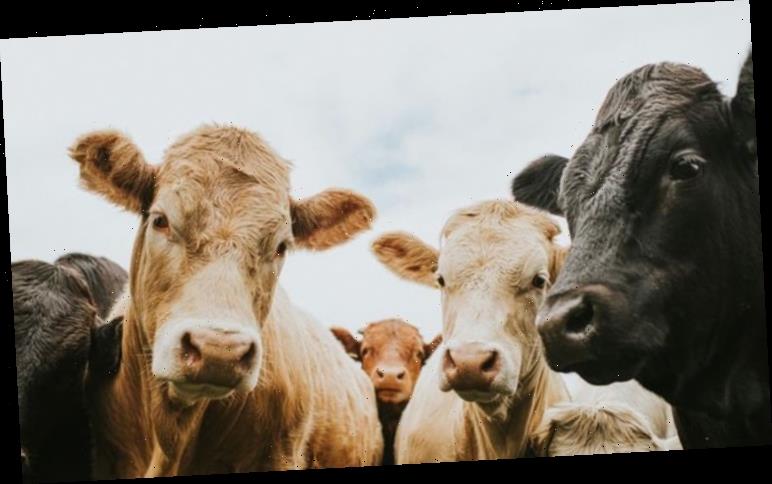 Green Britain: Poll shows Britons turning their back on meat for sake of the environment

It found that seven percent of us are vegetarian, three percent vegan with another four percent pescatarian – people who will eat fish but not other meat. Another nine percent class themselves as occasional vegetarians because they regularly choose not to eat meat.  Overall, three in four still see themselves  as carnivores but  26 percent are already reducing their meat consumption and another 36 percent are considering it – a total of 62 percent.

The reasons for opting for a more plant-based diet are evenly split – 33 percent say it is better for the environment, 30 percent say it is healthier, 28 percent cite animal welfare and 24 percent think it will save money.

The most popular way to eat meat ethically is  seen to be buying British because  animal welfare standards are higher here and the  environmental impact of livestock is lower than in many other parts of the world.

The One Poll of 2,063 UK adults last week comes amid  calls for the nation to change its diet.

TV naturalist  Sir David   Attenborough – voted the most trusted Briton – has revealed that he rarely eats red meat and instead favours a plant-based diet.

Last year he said: “The planet can’t support billions of meat eaters. If we all ate only plants, we’d need only half the land we use at the moment.”

The Committee on Climate Change has warned that Britain needs to cut the amount of meat it eats by 20 per cent to combat climate change. 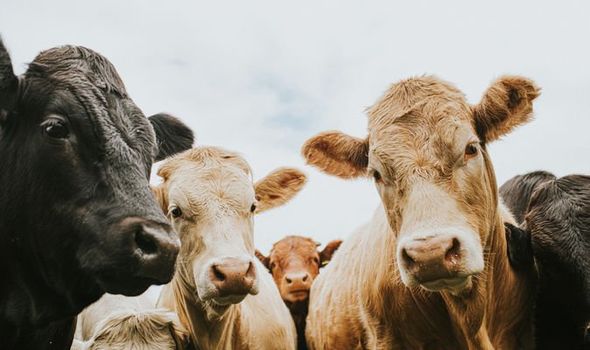 Agriculture accounted for 10 percent of the UK’s greenhouse gas emissions in 2019, according to Government figures.

Much of them came from flatulent livestock which pump out methane – a greenhouse gas which is  up to 86 times more potent than carbon dioxide in warming the planet.

In addition, large areas of rainforest in the Amazon and countries such as Indonesia are being felled to create ranches for livestock to meet growing global demand for meat.

The Government is committed to a 2050 target for Net Zero – eliminating or offsetting all emissions.

But last year CCC chief executive Chris Stark said: “We can’t meet the government’s 2050 Net Zero target without major changes in the way we use the land, the way we farm, and what we eat.”

The CCC report also predicted health benefits from cutting back on meat.

It said:  “Consuming more of a plant-based diet can reduce non-communicable diseases like diabetes, heart disease and a range of dietary-related cancers, which in turn can lower the risk of developing severe complications from COVID-19.” 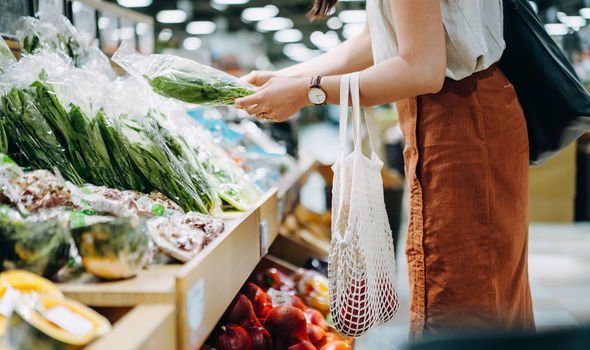 Cancer Research UK links processed meat – such as bacon, salami and sausages – to colon cancer and says that eating a lot of red meat can increase the risk of cancer.

And   a Leeds University study linked   eating processed meat   to an increased risk  of dementia.

In contrast the NHS Eatwell Guide argues that a balanced diet, including meat, is important.

It says: “Choose lean cuts of meat and mince, and eat less red and processed meat like bacon, ham and sausages.”

It adds: “Milk, cheese, yoghurt and fromage frais are good sources of protein and some vitamins, and they’re also an important source of calcium, which helps keep our bones healthy.”

The Daily Express poll tallies with a Britain Talks Climate survey by Climate Outreach which found that five percent have become vegetarian, one percent had gone vegan but another 17 percent have consciously reduced their meat and dairy intake. 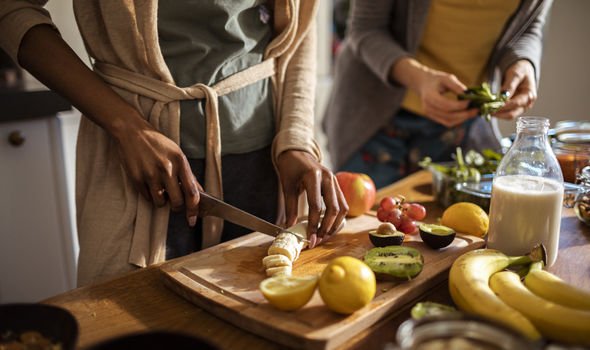 A survey for the Vegan Society found that one in three think the Government should promote plant-based diets to tackle the climate crisis.

Our survey found strong interest in a more plant-based diet with 84 percent willing to consider going without meat for between one and four days a week.

And one in three said they could become a vegetarian though the proportion who saw becoming vegan as an option was 17 percent.

But British meat was seen as an ethical and attractive option. A steady 59 percent thought the way British meat is farmed is better for the environment and the animals enjoy  better standards of animal welfare.

NFU deputy president Stuart Roberts, an arable and livestock farmer from near Harpenden, Hertfordshire, said: “Unfortunately everyone has fallen into the trap of thinking plants are good and animals are bad.

“It is  way more complicated than that. There are sustainable and healthy meat production systems and unhealthy, unsustainable meat systems and the same goes for plants.

“There are two big food killers – obesity and sodium. And some of the highly processed meat-alternative products have very high levels of sodium.

“A healthy balanced natural diet is what we all should be pursuing.

“In British meat you are buying some of the most climate-friendly meat in the world.

“We are the only agricultural economy around the world to aspire to Net Zero by 2040 – 10 years before the Government target. The carbon footprint of our beef is 50 percent lower than the global average.

“Yes, you should look at the foods you consume  but if you want to buy more climate-friendly, more sustainable meat, then buy British.”