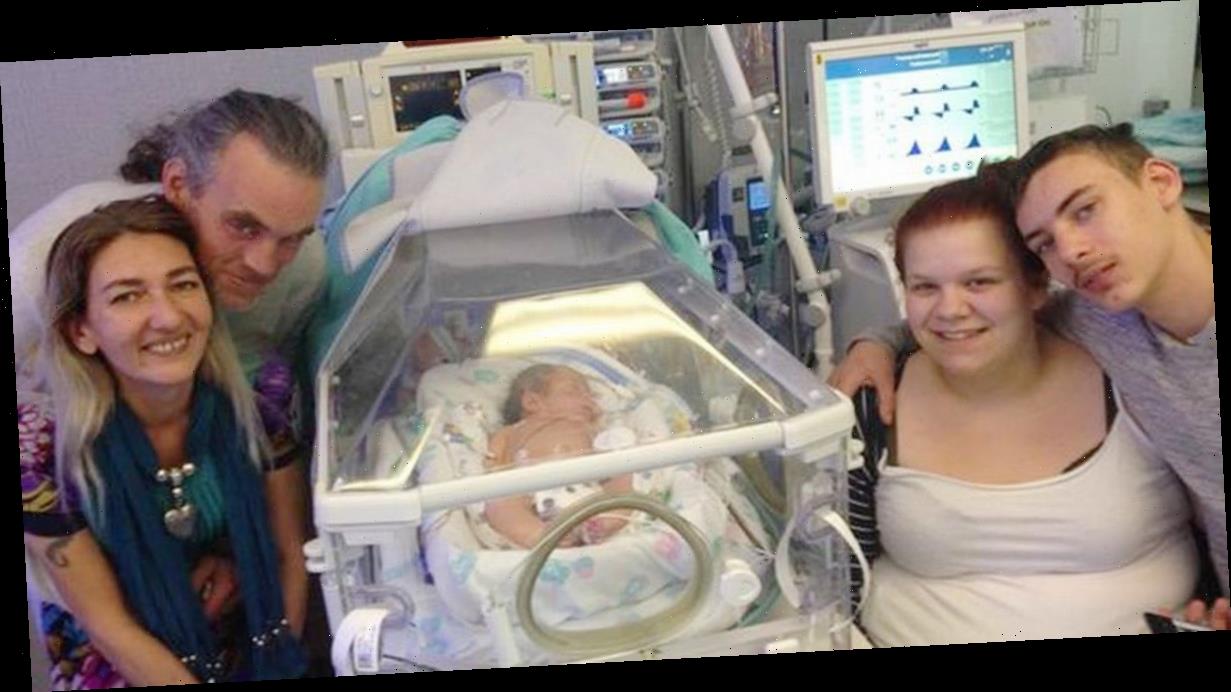 Sophie Baldam, 22, lost her son Zachary Patrick Torrington-Green to coronary heart disease in January when he failed to survive an operation to fit a central shunt into an artery.

Heartbroken Sophie, and dad Lucas, said their final goodbye to Zachary on March 3.

Family and friends gathered at Sophie's home in Birchwood, Lincolnshire, as around seven or eight vehicles – including a horse drawn carriage – set off for Lincoln Crematorium in Washingborough Road.

But just 15 minutes into the journey, a motorist drove into the middle of the procession and left everyone in shock, reports Lincolnshire Live.

Sophie told  Lincolnshire Live : "A car stopped and let the hearse and the carriage carrying my son in, but they pulled out in front of five or six cars.

"It's not how I wanted the day to go.

"How could anyone be so rude?"

The oblivious driver carried on in the funeral procession before Sophie's sister was forced to get out of her car and ask the motorist to pull over.

After the conversation, they did pull over – but only to allow one more car through before interrupting the procession for a second time.

"My sister had to get out of her car again," Sophie said.

"We did get separated by traffic a few times, but people were kind enough to pull over and allow the procession to join together.

"A lot of cars did stop to let us through.

"When we got there my step dad was fuming."

The family eventually arrived at the crematorium for an emotional service that left mourners in tears.

Zachary Patrick Torrington-Green was born on March 22 at  Lincoln  County Hospital and within moments of his delivery, it became clear he was suffering from medical problems.

Sophie and partner Lucas Torrington-Green spent 10 months by their son's side in the hope that he would eventually leave hospital.

Zachary was then diagnosed with coronary heart disease, chronic lung disease and bronchomalasia.

He needed an operation on January 15, for a central shunt to be placed into his pulmonary artery leading to the aorta, but heartbreakingly did not survive the proceedure.

Sophie has called on motorists to think before they act to avoid funeral processions being disturbed in the future.

She said: "Drivers should be mindful of what they are doing.

"It seems like a minor thing but on that day it wasn't.

"I want people to think about how they would feel."