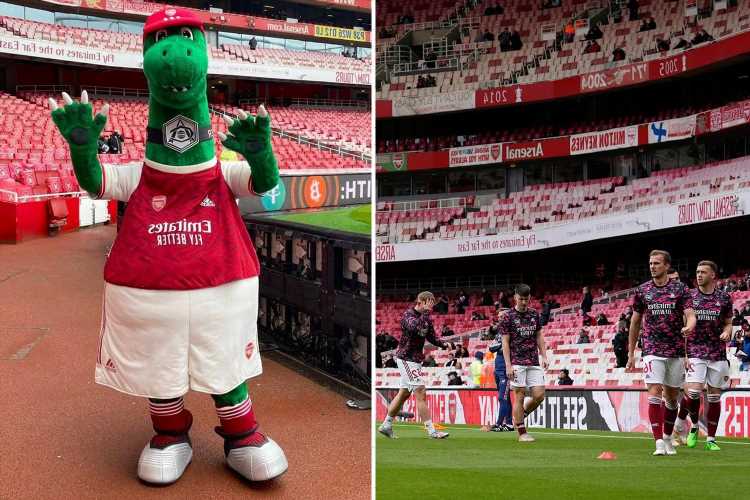 ARSENAL fans were welcomed by a familiar face this afternoon as they returned to the Emirates – beloved mascot Gunnersaurus.

Sun Sport reported in November how Jerry Quy performed the role for nearly three decades but has been unable to agree terms to continue doing it part-time. 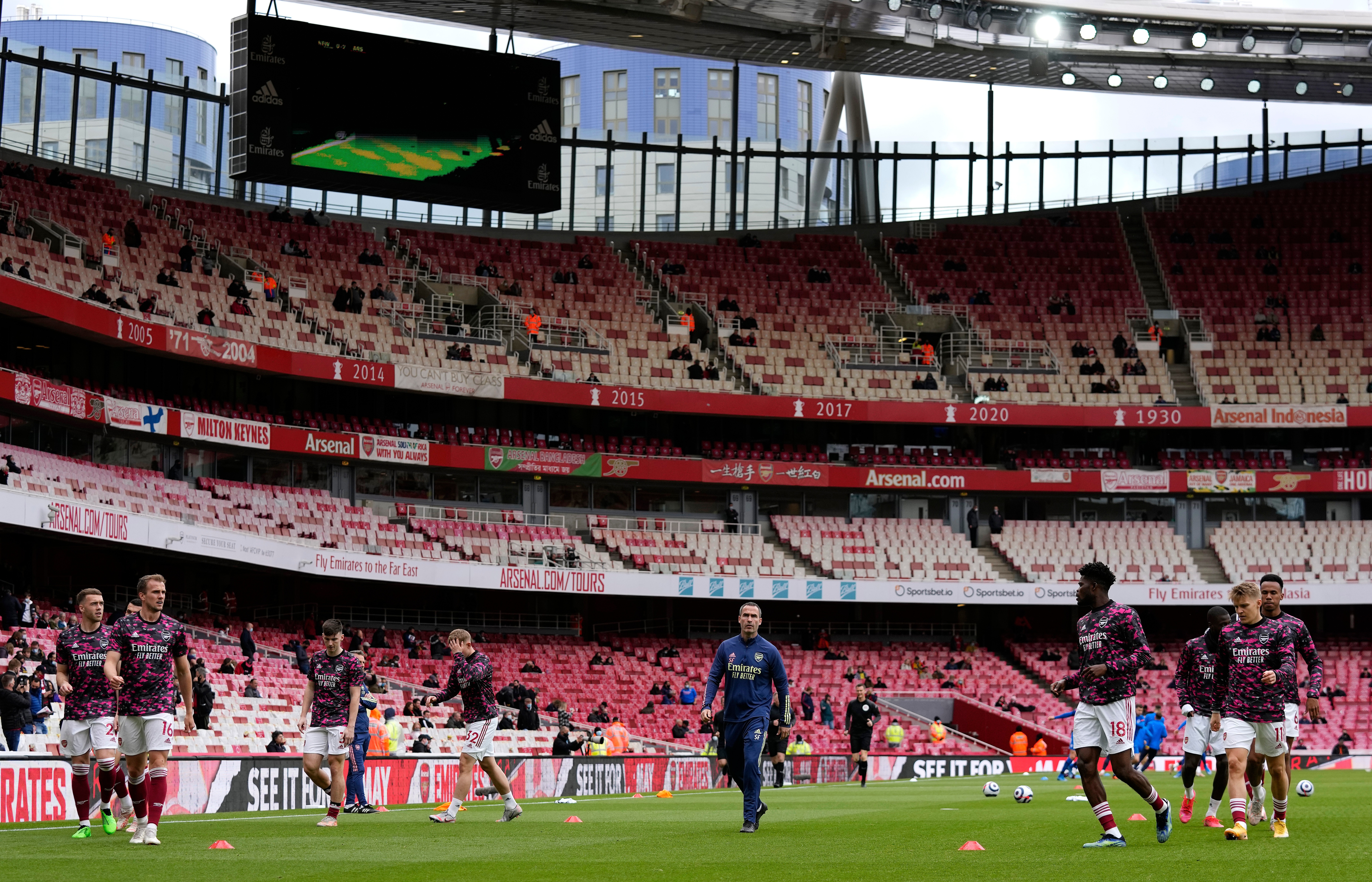 The mascot did make a brief comeback without the man who wore the costume for 27 years back in the winter.

Now with fans allowed back into Arsenal’s home for the first time in months, Gunnersaurus also made a welcome return.

Sharing a snap of himself waving inside the ground ahead of the Brighton clash, he captioned it with: “It’s great to be back.”

SunSport understands the role is now filled on a rotation basis by various people instead of just one individual.

The decision was made in order to cut costs, with over 50 employees made redundant by the North London side.

Public outrage followed, with the likes of Piers Morgan and Holly Willoughby panning the decision.

And then outcasted Gunners winger Mesut Ozil even offered to pay the much-loved dinosaur's wages for the remainder of his spell with Arsenal.

But fans were rejoicing in November when Gunnersaurus himself shared a snap of himself at the club’s home and roared on Twitter: “Back at Emirates Stadium today.”

Now Gunnersaurus will be hoping his presence can help roar Arsenal to victory and secure European football for next term.