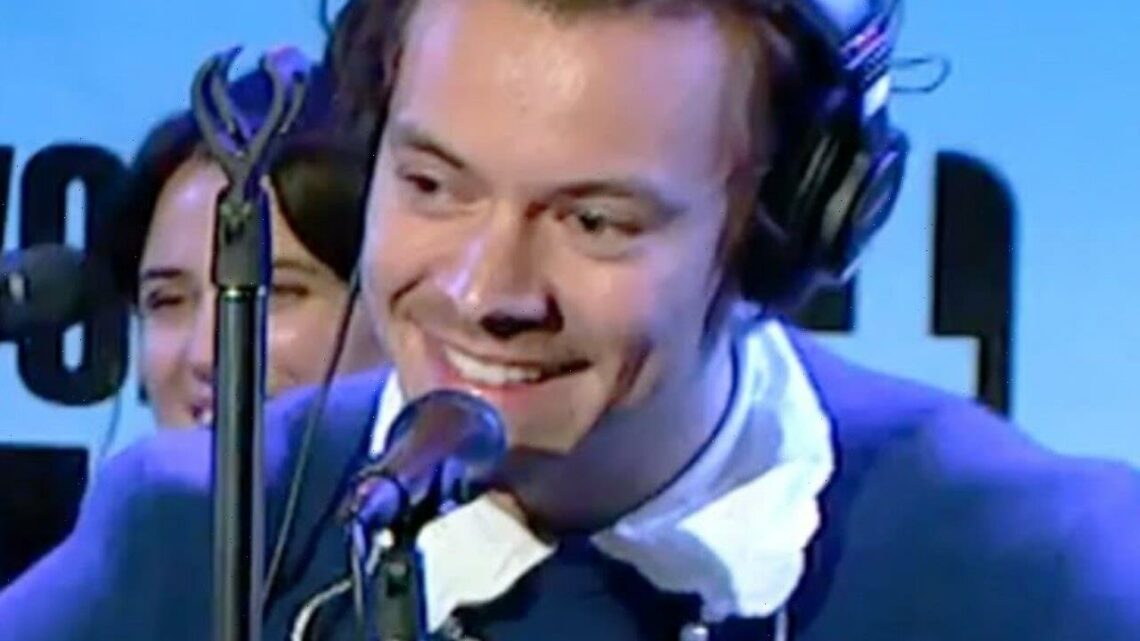 The former member of One Direction is ‘devastated’ after he has been forced to pull the plug on his scheduled shows in Los Angeles as he is battling flu.

AceShowbiz –Harry Styles called off his Los Angeles concert just hours before he was due on stage on Saturday, November 5 night. The “As It Was” hitmaker was battling flu and has had no choice but to pull out of his gigs planned at the venue for that evening and the following two days after he had already postponed his show at The Kia Forum on Friday, November 4 “due to band illness.”

“Towards the end of the show on Wednesday I started feeling ill and I’ve been in bed with the flu ever since,” he revealed on his Instagram Story. “I’ve been doing everything I can to be able to sing tonight, but I’m leaving the doctor now and I’m devastated that it’s just not possible.”

“I’m sorry this news is coming so close to show time, but it was my sincerest hope to be able to play for you tonight. I know several of you have planned trips to LA to see the show, and it means the absolute world to me.”

The 28-year-old singer is hoping to continue his tour later this week while the postponed shows will now take place at the end of January. He added, “Everything else will play as planned. I can’t wait to see you then, and I’m so sorry. All my love.” 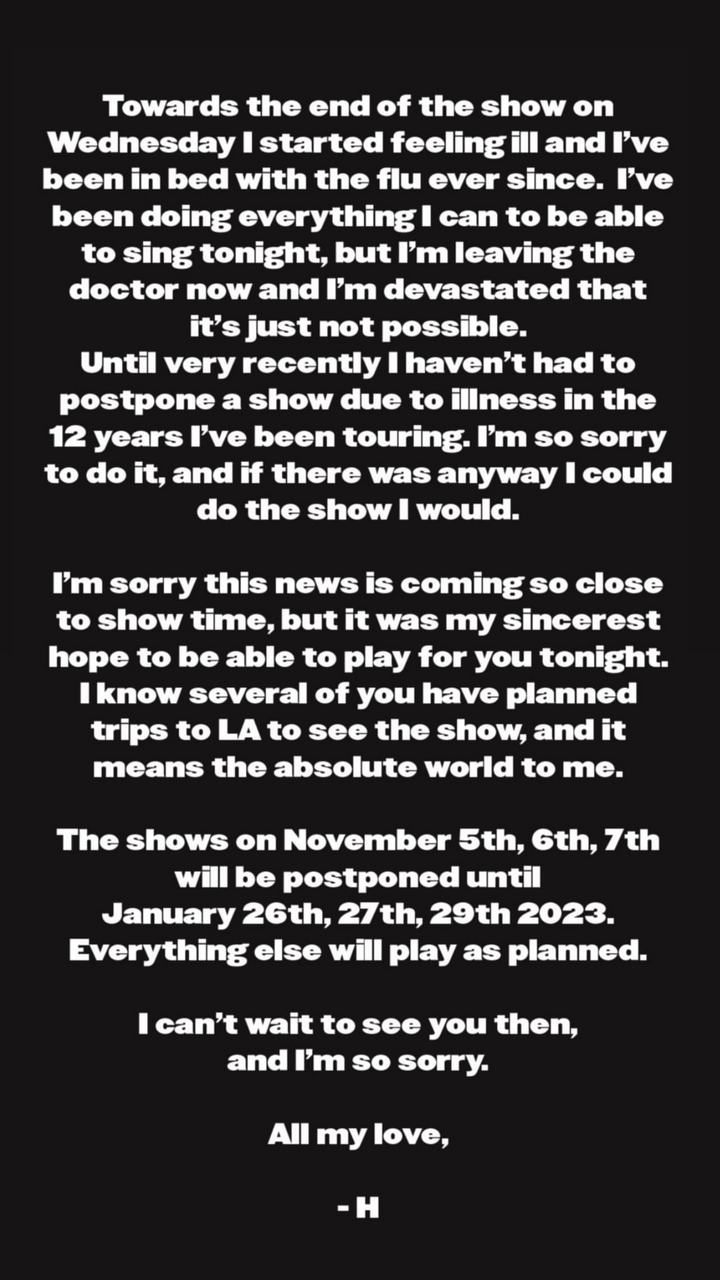 This isn’t the first time Harry’s US tour has been disrupted at short notice. Last month, the “Music for a Sushi Restaurant” singer postponed the first of his six concerts in Chicago “out of an abundance of caution” when someone in his entourage fell ill.

A message from the United Center revealed at the time, “Out of an abundance of caution, tonight’s Harry Styles show on Thursday, October 6, 2022 at United Center has been rescheduled to Monday, October 10, 2022 due to band/crew illness.”

“All previously purchased tickets will be honored for the new date. All additional show dates will play as scheduled. An email from Ticketmaster will be sent directly to ticket holders with more info (sic).”

In a later message, the venue confirmed fans who had received wristbands while in the queue could retain their places for the new gig. They clarified on their website, “The numbered wristbands given on Thursday, Oct. 6 for GA will be honoured on the rescheduled date of Monday, Oct. 10.”