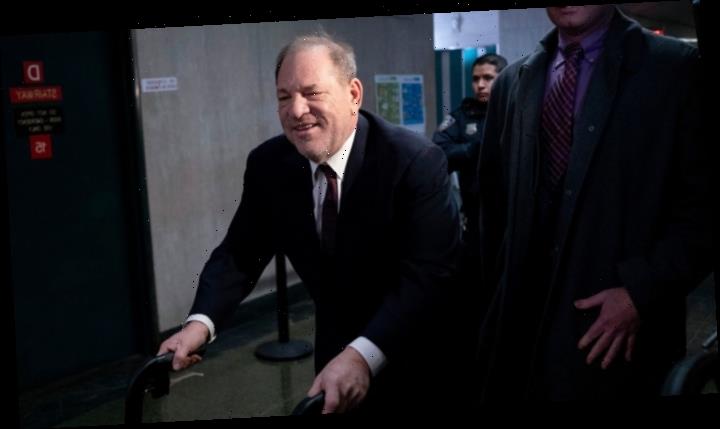 After being taken into custody last week when he was found guilty on two charges, including rape, Harvey Weinstein complained of chest pains and was diverted to the hospital, instead of prison, on his way out of the New York City criminal courthouse.

With his sentencing exactly one week away, it appears Weinstein will remain in the hospital until he has to return to the courthouse on March 11, Variety has learned.

A spokesperson for Weinstein confirmed to Variety that the former power producer is still under care at Bellevue Hospital, and says he is “likely there til sentencing on March 11.”

Last week, the first photos of Weinstein post-conviction surfaced, showing him lounging in the common area at the Bellevue prison ward, watching television in an undershirt. The photos prompted social media users to wonder if Weinstein is getting special treatment with many people, including his accusers, questioning the images on Twitter.

Weinstein’s team says their client is not getting preferential treatment, and that the doctors with the Department of Corrections have made the decision he should be under medical care at Bellevue, rather than being transported to Rikers Island.

“The treating doctors think that’s where he should be — it’s that simple,” one of Weinstein’s attorneys, Arthur Aidala, told Variety over the phone on Wednesday.

“It’s no secret he was under several doctors’ care over the course of the last couple of months,” Aidala says. “The doctors at Bellevue, up until today, at least, have determined that he’s not ready to go to a non-medical facility. It’s totally up to the medical team to make that determination. Obviously, nobody wants anything to happen to Mr. Weinstein because of his health.”

Weinstein was admitted to the prison ward at Bellevue on Feb. 24, after complaining about chest pains. Last week, his attorney said his blood pressure spiked, as well. Weinstein also suffers from diabetes, takes numerous forms of prescription medication, and underwent unsuccessful back surgery and needs the aid of walker, according to his lead trial attorney, Donna Rotunno, who pleaded to the judge to recommend him to the hospital when he was immediately remanded after the verdict.

Aidala says he does not know the exact medical condition for which Weinstein is under care at Bellevue, but jokes that if he did, he wouldn’t be able to share because of HIPAA violations. “I know he’s there and I know he’s getting treated,” his attorney says. “I don’t know what it is.”

“The Department of Corrections does what they think is in the best interest of everyone’s safety and they don’t have to answer to anyone — they don’t answer to the judge, to the D.A.’s office or to the defense. I don’t know what they’re doing. They’re making their own determinations,” Aidala adds. “I highly doubt I’m even going to know when he gets moved [to Rikers]. He’ll be moved, and then I’ll get a call from my client letting me know he’s been moved.”

Without commenting specifically on Weinstein’s case, a spokesperson for the Department of Corrections added that the department can address detainee safety and security through protective custody, additional supervision, and separate or substitute jurisdiction housing. The spokesperson said that despite heightened security, people in custody receive their mandated services.

Weinstein faces up to 29 years in prison when he is sentenced next Wednesday, and is also facing separate charges in Los Angeles that carry a maximum sentence of 28 years.

When asked about Weinstein’s state of mind with his sentencing coming up, Aidala says, “He’s okay. He’s in good shape. He’s handling things as well as can be expected.”

The Letter for the King: Netflix release date, cast, plot and trailer – The Sun
Recent Posts