Home » Lifestyle » Has Kate Middleton Ever Had This Much Fun? 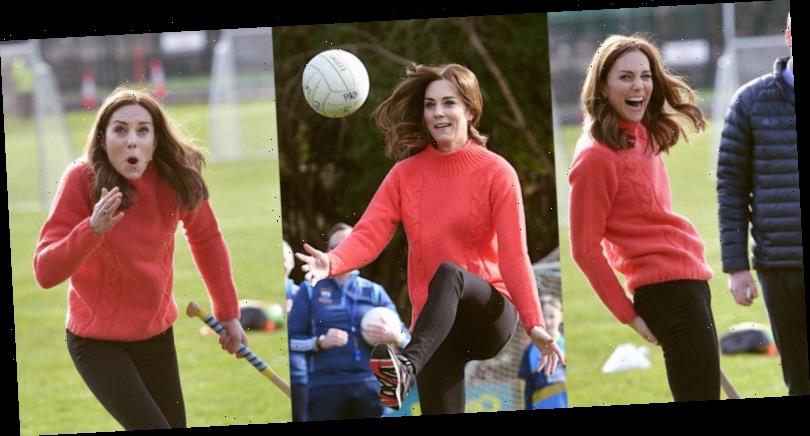 Has Kate Middleton Ever Had This Much Fun?

In an unexpected turn of events, Meghan Markle—the reluctant, semi-renounced royal—is currently in Britain, and Kate Middleton—the exemplary, full-time royal—is not. This week, Middleton and Prince William made like Markle and Prince Harry in taking a break from England. And, from the look of the photos documenting their three-day jaunt to Ireland, they also made like Markle and Harry in having a ball.

That’s especially true for Middleton, who has embraced the Irish spirit with zeal; the duchess has worn green almost exclusively ever since they touched down. She’s also been positively beaming, starting with an affectionate encounter with Bród, one of the Irish president Michael D. Higgins’s two Bernese mountain dogs. At this point, Middleton has spent three full days fulfilling her royal duty—aka wholeheartedly participating in occasionally absurd photo ops. And yet, apart from a few moments that required her concentration, her grin has not waned once.

On Thursday, the final day of the couple’s visit, Middleton revealed that the contents of her suitcase were not exclusively green. But perhaps that was for the best; otherwise, her enthusiasm on the couple’s trip to a field in Galway may have proven too overwhelming. Wearing a salmon-pink cable-knit sweater, Middleton bravely accepted the offer to try her hand at hurling, Ireland’s beloved national game. Did she phone it in, uncomfortably aware of the many camera lenses upon her? Did she embrace caution, reluctant to document her fumbles at the world’s fastest field sport? Did she play halfheartedly, so as not to dissapoint her child opponents? No, she did not. Rest assured: Middleton gave it her all.

Aside from a night spent mingling with pints of Guinness at a pub, the couple’s engagements in Ireland have all been various forms of good, clean fun. William has also been an eager participant. On Wednesday, he gamely showed off his juggling skills—as well as his juggling shortcomings—when attempting to up it to four balls.