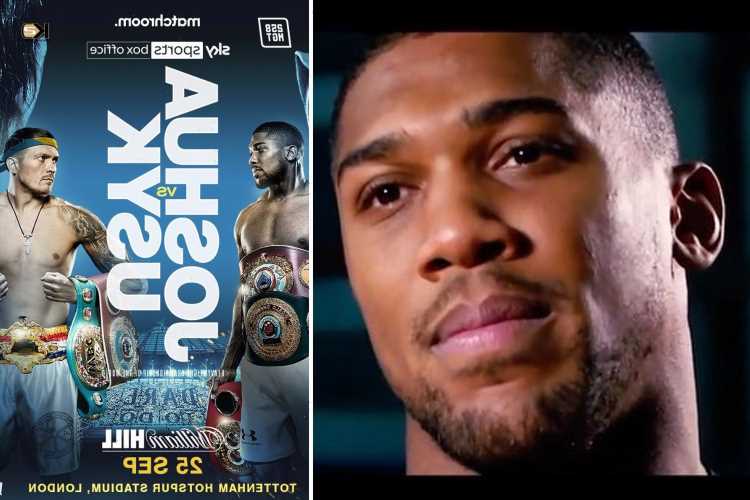 ANTHONY JOSHUA has shared a heart-pumping trailer for his upcoming showdown with Oleksandr Usyk.

The Watford Warrior will defend his unified heavyweight titles against the undefeated Ukrainian on September 25 at the Tottenham Hotspur Stadium. 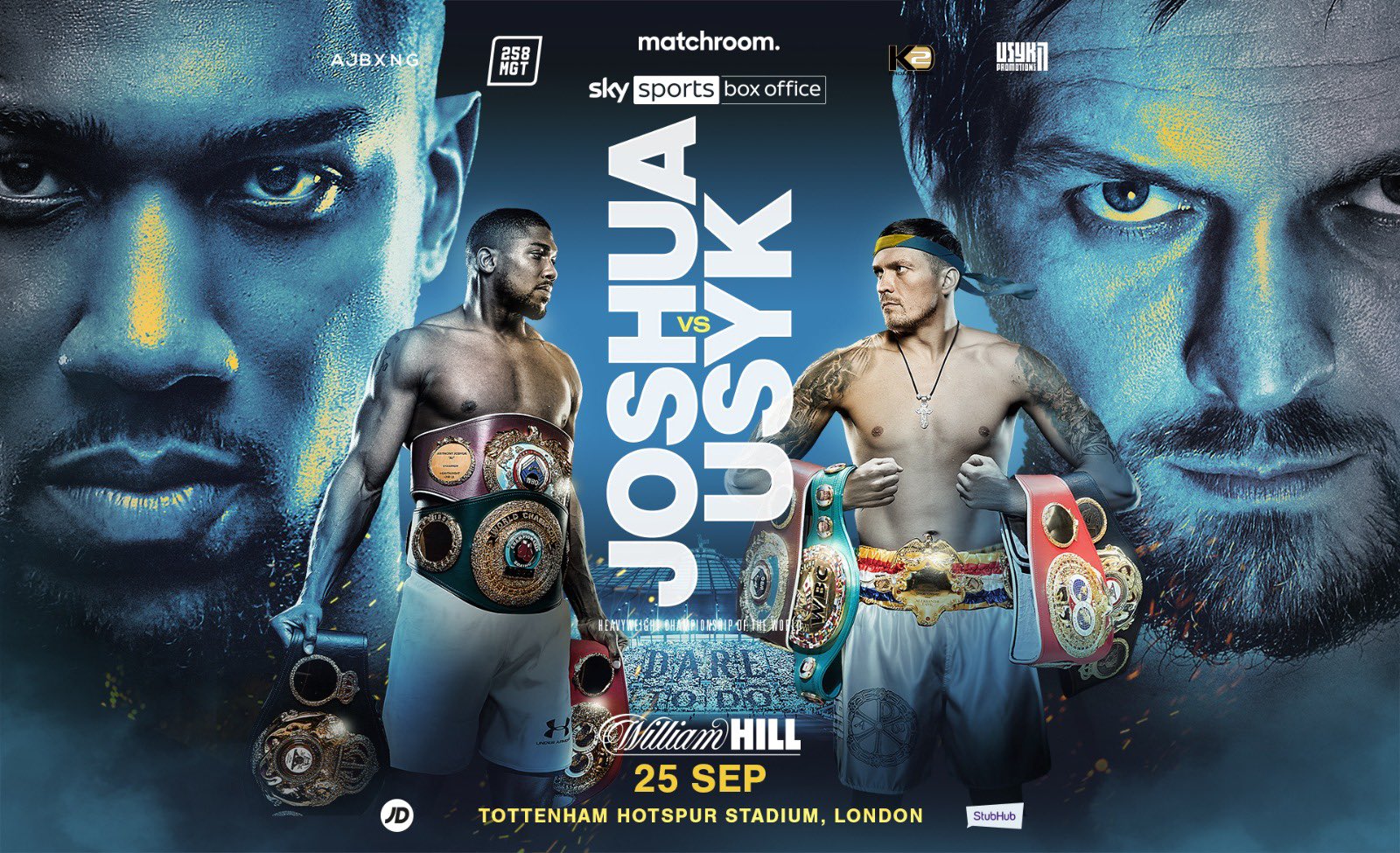 The mouthwatering battle of Olympic gold medallists is currently the talk of the boxing world, with fans divided over Usyk's ability to trouble AJ.

And Joshua has further whet the appetite for the fight by dropping a pulse-racing Sky Sports trailer on his Instagram and Twitter pages.

In the clip, former undisputed cruiserweight king Usyk says: "I am the mandatory for Anthony Joshua.

"So he has two options: one to fight me or the other to vacate and go fight Tyson Fury."

The video then cut to Joshua, who simply states: "I'll fight him."

Joshua, 32, is relishing his clash with the former king of the cruiserweights, saying: “The date is set and we are fully locked in.

"September 25, Tottenham Hotspur Stadium, I put it all on the line again and it’s time to defend my crown.

“We are two Olympic gold medallists who have fought our way to the top and never avoided challenges.

"The stadium is exceptional, the atmosphere will be electric, I’m honoured to be the first person to fight in such an awe-inspiring venue.

“The stage is set and I am ready to handle business.”

Usyk has gone 2-0 since making his heavyweight debut against Chazz Witherspoon in October 2019 and is 'confident' of ending AJ's second reign as unified champ.

His co-promoter, Alexander Krassyuk, told MyBettingSites: “The rematch is something that is not obligatory in the mandatory fight.

"But we accepted the very fair conditions to agree to it.

“Oleksandr is very confident in his victory over AJ and how he will beat him – so therefore he easily agreed for the second bout because his mindset will be even more favorable after he wins the first.

“There were no other options for Oleksandr after he became the undisputed champion and defended against Tony Bellew.

"There was nothing else to prove at cruiserweight and staying there would for sure be a stagnation or even a step back.

“Now Alex has a huge motivation to get up at 5am every day and work as hard as he can for he has an objective in front of him.

"After just two bouts at heavyweight, Usyk signed the contract for a multiple belt showdown with the king of the heavyweights.”