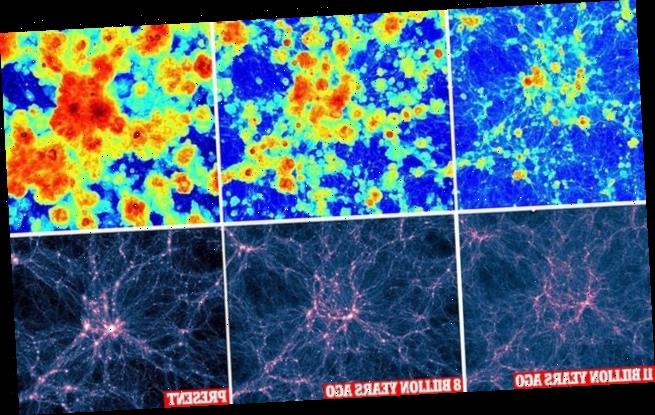 Heat maps of the universe reveal cosmic gases is getting hotter

Is it hot in here or is it just the universe?

A new study indicates the universe has been getting steadily warmer.

The mean temperature of cosmic gasses has increased tenfold over the last 10 billion years, to nearly 4 million degrees Fahrenheit.

As the universe continues to expand from the initial Big Bang, it drags matter into new stars and galaxies, heating up gasses along the way.

‘As the universe evolves, gravity pulls dark matter and gas in space together into galaxies and clusters of galaxies,’ said Yi-Kuan Chiang, an astrophysicist at Ohio State University’s Center for Cosmology.

‘The drag is violent — so violent that more and more gas is shocked and heated up.’

The gas temperature of the universe from 11 billion years ago (left), 8 billion years ago, and today. Scientists report it has increased tenfold to 3.6 million degrees Fahrenheit, and will continue to rise

Chiang is the lead author in a new report in The Astrophysical Journal detailing how scientists measured the temperature change in gasses by how far away they were from Earth.

Light observed from objects farther away in space is older than light from objects nearby, since it takes longer to reach Earth.

That gave scientists the opportunity to look into the past and take the universe’s temperature from billions of years ago.

A team from Ohio State, the University of Tokyo, Johns Hopkins University and the Max Planck Institute for Astrophysics combined data on light throughout space collected on two observational missions, the Sloan Digital Sky Survey and the European Space Agency’s Planck mission launched in 2009.

They found temperatures of the cosmic gasses were lower the further they looked, indicating the overall temperature of the universe was rising.

About 8 billion years ago, the mean electron temperature of those gasses was some 700,000 degrees Kelvin, or 1. 3 million degrees Fahrenheit.

The trend will continue, researchers say. 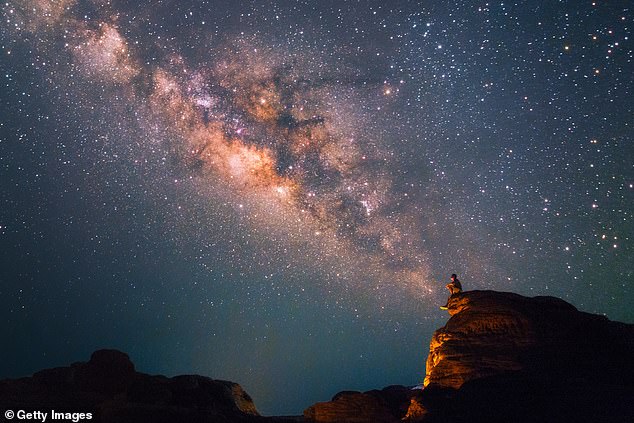 That doesn’t mean the universe is millions of degrees Fahrenheit, though, just the mean temperature of gas near objects.

The average temperature of the universe as a whole is still quite cold, about -454.76 degrees Fahrenheit.

For comparison, our Sun is about 27 million degrees Fahrenheit

While the warming trend might be concerning, it’s in now way related to climate change here on Earth.

‘The Universe is warming because of the natural process of galaxy and structure formation,’ Chiang said. These phenomena are happening on very different scales. They are not at all connected.’

HOW DID THE UNIVERSE FORM?

The Big Bang Theory is a cosmological model, a theory used to describe the beginning and the evolution of our universe.

It says that the universe was in a very hot and dense state before it started to expand 13,7 billion years ago.

This theory is based on fundamental observations.

In 1920, Hubble observed that the distance between galaxies was increasing everywhere in the universe.

The Big Bang Theory is a cosmological model, a theory used to describe the beginning and the evolution of our universe, based on observations – including the cosmic background radiation (pictured), which is a like a fossil of radiation emitted during the beginning of the universe, when it was hot and dense

This means that galaxies had to be closer to each other in the past.

In 1964, Wilson and Penzias discovered the cosmic background radiation, which is a like a fossil of radiation emitted during the beginning of the universe, when it was hot and dense.

The cosmic background radiation is observable everywhere in the universe.

The composition of the universe – that is, the the number of atoms of different elements –  is consistent with the Big Bang Theory.

So far, this theory is the only one that can explain why we observe an abundance of primordial elements in the universe.

The real reason Bumble is such a hit
Recent Posts 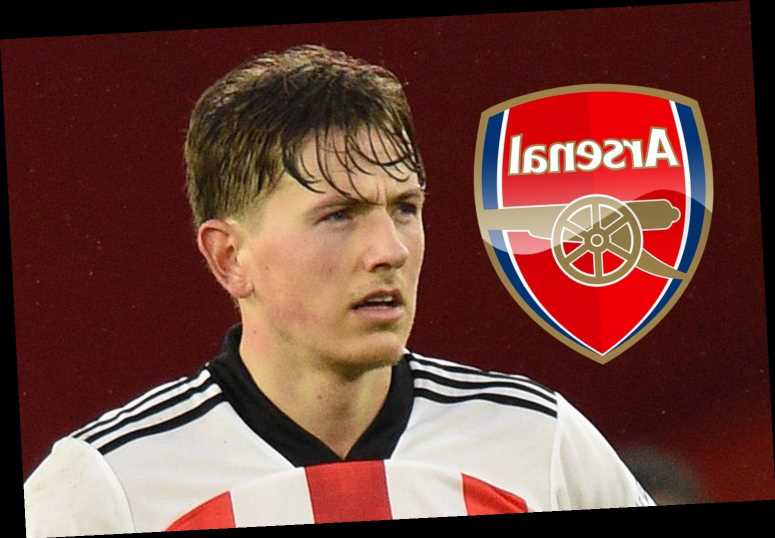 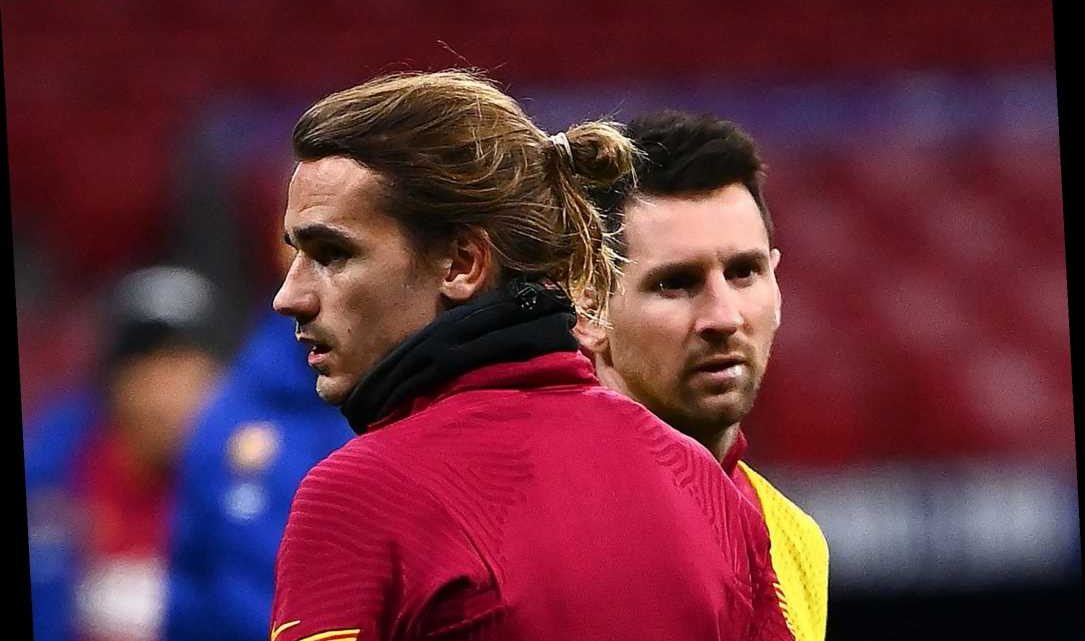