Home » Lifestyle » Here’s 5 Tips to Help You Level up Quickly in ‘Call of Duty: Modern Warfare 2'

Here’s 5 Tips to Help You Level up Quickly in ‘Call of Duty: Modern Warfare 2'

C.O.D. fans have been patiently waiting for a revitalized version of the game since its first revival in 2019 and now the new Call of Duty: Modern Warfare 2 game is officially out for the world to enjoy. Since its release, Activision has announced that its worldwide sell-through for the first three days passed $800 million USD, which is more than the previous record holder: 2011’s Modern Warfare 3, managed in five days.

The game has been thoroughly enjoyed by players since its release with its fast gameplay and multi-player features and professional U.K. streamer, BennyCentral, thinks more of the same. Speaking to Hypebeast about Modern Warfare 2, he said:

“The gameplay pacing is incredibly unique, it rewards high IQ players and thinking one step ahead of your opponents — which is something I love as it was my favorite part about competing in previous years. Taking one opponent down and then dropping to prone will catch players off guard a lot of the time, and with reduced movement mechanics from previous games, it’s hard for them to get out of trouble.”

Both casual players and professional streamers alike are looking for new ways to improve and level up quickly in the new realm of Call of Duty. Maybe you want to unlock a new weapon, but you have to unlock and upgrade three other guns before that, or you may even want to unlock new perks and benefits when you achieve certain kill streaks. Ranking up can be a tedious and sometimes frustrating feat.

With this in mind, Hypebeast recently caught up with professional streamer, BennyCentral, to find out his best tips for levelling up in the quickest way, while also finding out what basic fundamentals can make you the best player possible. Check out Benny’s five golden tips below. 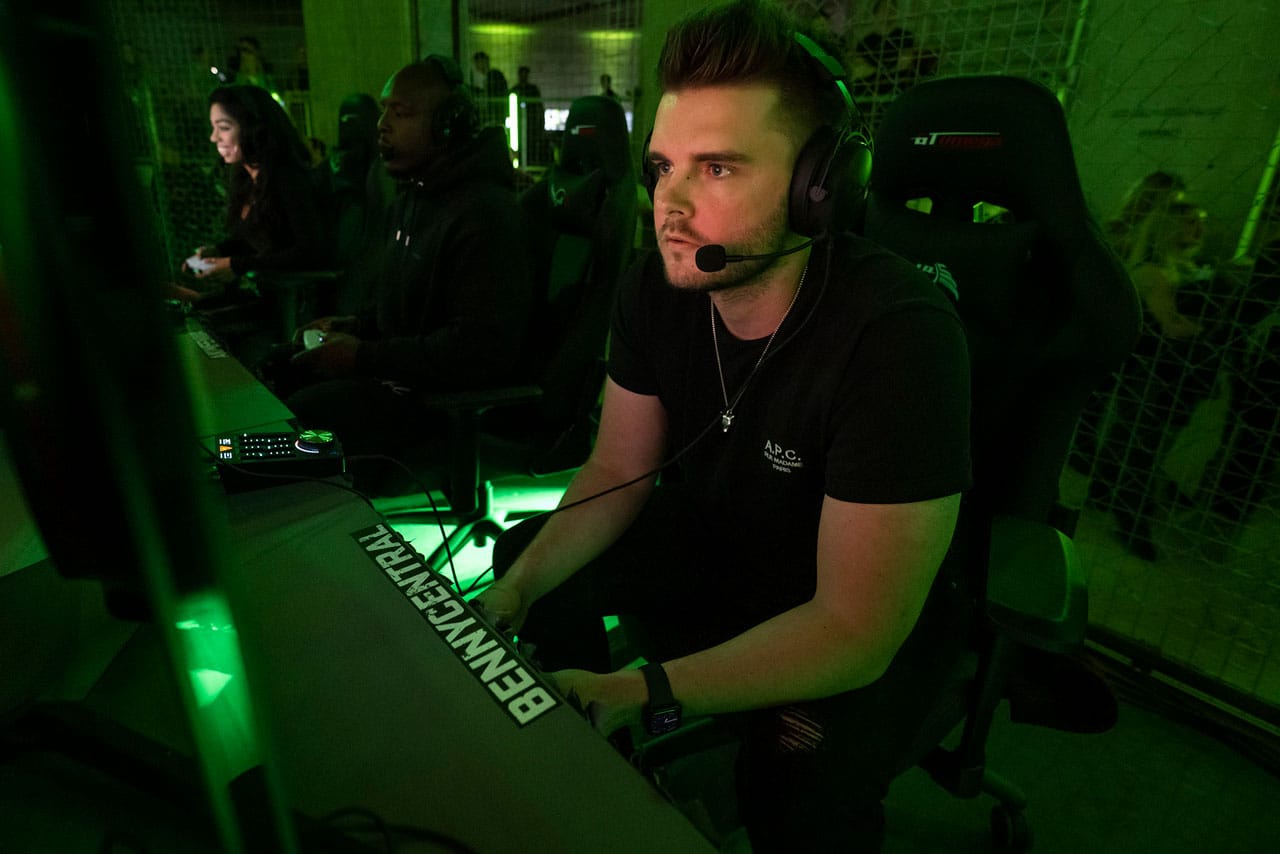 The first tip I have should be one of your biggest priorities when you start playing Modern Warfare 2 — and that’s to help you rank up quickly. One of the biggest skill gaps at the start of a game is when opposing players have everything unlocked and available to them, such as weapons, equipment and perks in comparison to those that have nothing. So with this in mind, you’re going to want to use the fastest level-up method possible — which is playing invasion.

Invasion takes place on ground war maps, they involve 20 real players and 20 bots. This means you’ll find yourself coming up against a larger number of players compared to traditional 6v6 games — this gives you a much bigger opportunity to get more XP in every single game, especially because the bots are really easy to kill.

So, before you get into a game, pop a double experience token if you have one available and then just start slaying. The biggest tip I’ve got for this mode is a little slower and take advantage of all the bots who will start to push your position more the more you kill them.

My next tip, I can not stress enough for you to do. It’ll instantly allow you to spot enemies so much easier, especially if theres explosions or other effects going off. When things like this happen, enemies stand out much clearer and to make this happen, you need to change the enemy player indicator within your settings.

To do this, all you need to do is write in color customization in the search bar and then scroll down to Enemy. Then within hex, I want you to write #FF05FF. This will make your indicators bright pink and make them stand out against every other colour in the game. From there, you’ll never have another situation where you can’t see your enemies.

As I’m sure you’re already aware, movement in Modern Warfare 2 has been drastically turned down. You can’t slide cancel and you can’t bunny hop, but there is one thing you can do which will make you a better player.

When you go to challenge a fight, you need to tac sprint jump into the corner — this will allow you to start shooting whilst still carrying the momentum from the tac jump. This is quite literally the only way you can aggressively push a position right now, so spend some time practicing it so you can accurately land your shots.

My next biggest tip that you want to think about is rotational aim assist. This is quite frankly the most broken thing in Modern Warfare 2 and it will do the majority of the aiming for you.

One trick you can do with this — other than strafing all the time — is going into your Deadzone settings and turning your left thumbstick Deadzone all the way down, so your left thumbstick is technically always moving. This will trigger your rotational aim assist and will track opponents for you when they run across your crosshairs. It’s a small tip, but it makes a big change to how you perform.

My final tip is to remember that positioning is king in this game. Spend a little bit of time learning the maps — one of the best ways to do this is to launch them in a private match and run around. I’ve already gone and done this for a good couple of hours, I’ve learned every route and line of sight that I possibly can.

This will help you find those power positions on a map and most of the tome with the map design in Modern Warfare 2, height is king. And while there will also be a fair few head-glitch opportunities for your enemies, it’ll ultimately make it tougher for your opponents to take you down.
Source: Read Full Article

I’m a mum, I dumped my husband at 42 & became the ultimate catfish – I look so different, people hardly recognise me | The Sun
Recent Posts