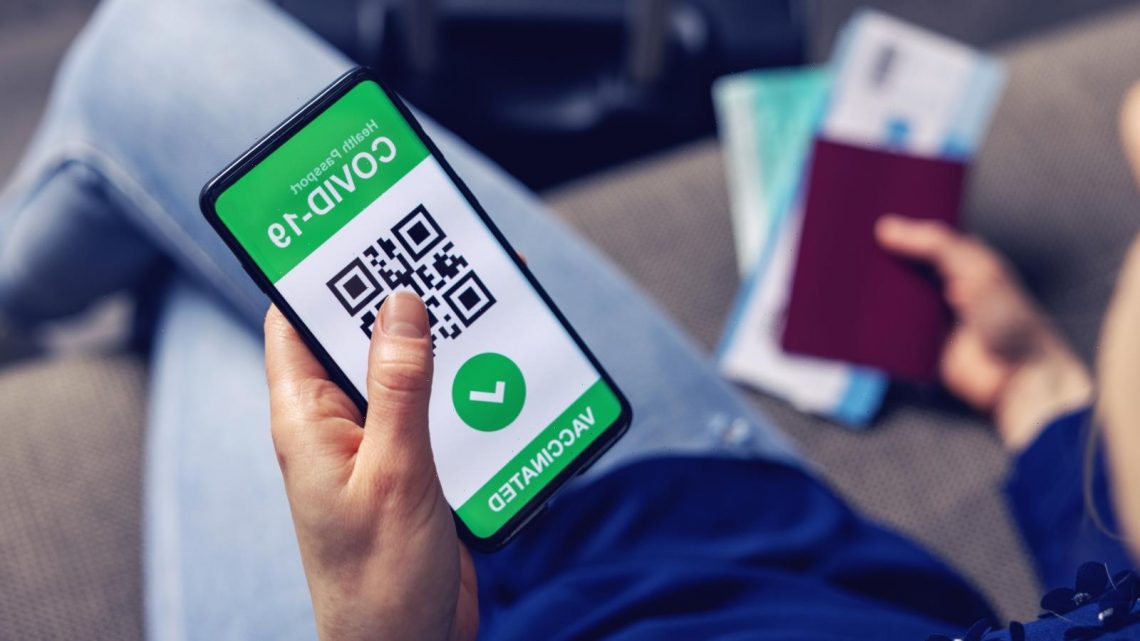 Now that the COVID vaccine is widely available to all adults, there’s been a lot of talk about vaccine passports. What exactly would these be, if they were a thing? CNN says that a vaccine passport, whether it be a physical or a digital one, would be some kind of official proof that you’ve received the requisite dose of COVID-19 vaccine and it could become something you’re required to show before you can gain access to certain venues or events. While you may be in possession of a vaccine card, this isn’t quite the same thing. A vaccine passport, were one to be required, would have to be something a lot less easily forged.

Vaccine passports, as with just about everything else having to do with the pandemic, have been a highly controversial topic. While New York has issued such a passport and made use of it at various sporting events, both Texas and Florida have passed laws banning such passports (either issuing or requiring them). Other states appear to be sitting back and waiting to see which way the wind is blowing, although the federal government does not plan to issue a nationwide mandate regarding vaccine passports. In order to get some clarification on why these vaccination passports seem to be so controversial, The List turned to Carol Winner, MPH, MSE. Winner is a public health specialist whose company, Give Space, sells a variety of pandemic-related products, and she is very much in favor of mandatory COVID vaccine passports.

Why COVID vaccine passports might be a good idea

Winner points out that COVID-19 is an airborne disease, and one where at least 50% of infections (via the University of Chicago) are transmitted by people who, themselves, are not showing any symptoms and may not even know that they are ill. What’s more, over 3 million lives (via BBC News) have now been claimed by the pandemic. “From a public health perspective,” Winner says, “a vaccine passport cannot come fast enough.” She feels that such a passport has been a good idea for decades, since she feels that it is basically just another name for immunization records.

While it may seem like a giant step forward for Big Brother to start requiring us to present our medical records on demand, Winner reminds us that “proof of vaccine to navigate our daily lives is not new,” citing the fact that we need to provide access to our health records or those of our children in order to enroll in school, join the military, work in the health care field, and even to travel overseas. As she describes them, immunization records already serve as a “passport to protecting our health and that of the public.”

The trouble with COVID vaccine passports

If vaccine passports are such a great idea, why isn’t everybody on board? Winner says she’s well aware of some of the objections and fears others may be feeling surrounding the idea. She acknowledges that not wanting to share one’s personal data with the federal government seems reasonable, and yet holds to her conviction that “when there is a risk to the nation’s health, personal rights must be respected, but are secondary to that of the public.”

She equates vaccine passports to seat belt laws and smoking bans, both of which might be construed as an infringement of civil liberties but have by now been adopted without protest by most reasonable people. She also points out that “some are sharing their most intimate health details on social media,” so if it’s okay for everyone on Twitter to know your vaccination status (along with other intimate details we’d rather not hear), why not let your state’s public health department in on it, too? (Maybe don’t fill them in on that rash, though.)

As to concerns regarding equal access to vaccine passports, Winner advocates issuing a paper passport in addition to a digital one that can be accessed via an app. She does admit that there will need to be allowances made for those whose health conditions may preclude their getting vaccinated, but feels that these matters will all be addressed in the planning stages when and if COVID vaccine passports are adopted.

How long will we need COVID vaccine passports?

Could COVID vaccine passports be something we might need on a temporary basis, maybe to help us get things under control just until herd immunity sets in? Winner doesn’t think so. She points to “the magnitude and velocity of the disease and its ability to replicate and mutate” as a reason why such passports might be required indefinitely, something which seems to mesh with the info we have on the vaccine itself — it’s not something that’s going to keep you safe for life, but may well require booster shots. If you need to get vaccinated on an annual basis, then you would also need to have your passport updated to reflect this.

Winner feels that the sooner we develop a vaccine passport, the safer we will all be, particularly if we can create a passport that is “administered on national and compatibly global levels,” something she feels is necessary due to the fact that “we live in countries without borders.” If we waste more time quibbling about the whys and why nots instead of simply rolling out a COVID vaccine passport, she feels that “without the public safety of the vaccine passport, this virus will have its own passport to replicate and mutate.”