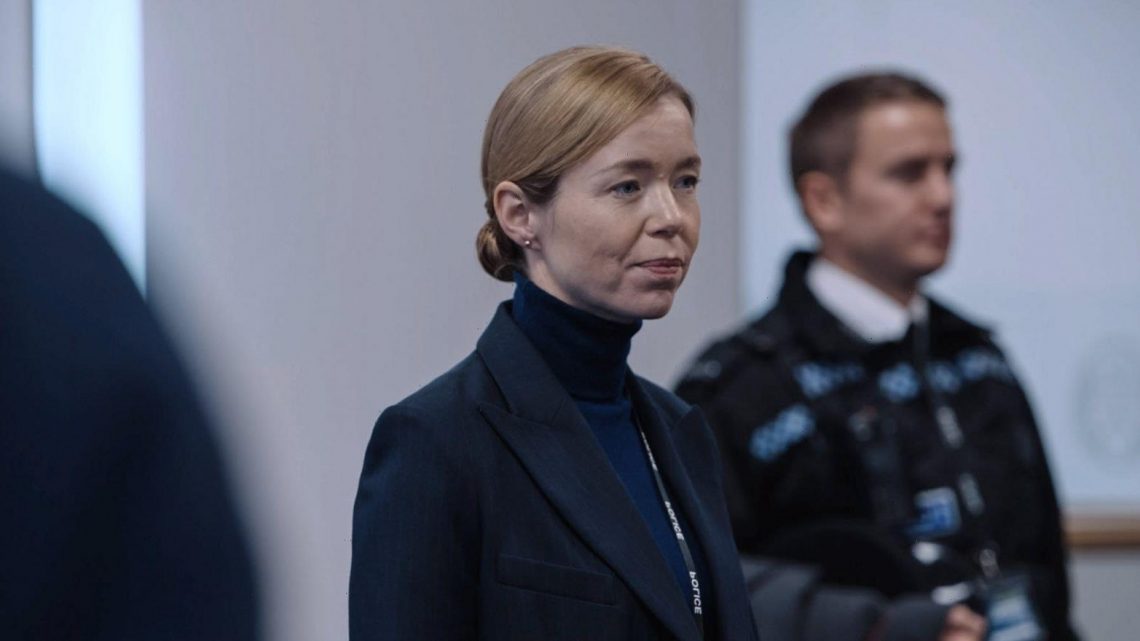 Patricia Carmichael is the character all Line Of Duty fans love to hate.

When it was announced that she would return for the sixth season, we just knew there were tough times for AC-12 ahead.

We don’t know what she’s really up to, why she called off surveillance on Operation Lighthouse or if she’s the fourth ‘H’ (although many fans have their theories).

But we do know this: she is one hell of a character who causes a big reaction whenever she appears on screen with that sarcastic grin and cool delivery of killer lines.

We also know that behind every iconic character is a brilliant actor. As a Line Of Duty fan recently put it: “No but really the way we all hate Patricia Carmichael so much really is a testament to how insanely talented Anna Maxwell Martin is.”

With that in mind, we decided to pay honour to Maxwell Martin’s talents by looking back at her TV roles – and we realised that we totally recognised her from other hit series.

So, let’s try get past the fact that Maxwell Martin isn’t actually Patricia Carmichael (remember, she’s fictional!), and take a look at her best TV roles…

Maxell Martin is a dark comedy genius as a working mum Julia in BBC’s Motherland, created by Catastrophe’s Sharon Horgan. Julia befriends a group of mothers and a stay-at-home dad struggle as they juggle childcare with self-care as they experience the thrills and trials of parenthood.

Set in 1952, Maxwell Martin plays one of four women with a flair for military code-breaking who return to their normal lives after working at Bletchley Park during World War II. She plays Susan Gray, a housewife and the mother of two children, who is troubled by the mundanity of her current life. So, she joins the others in turning their skills to solving murders.

And Then There Were None

BBC’s And Then There Were None stars Anna Maxwell Martin.

Getting stuck into an Agatha Christie adaptation, Maxwell Martin plays the small but very creepy part of Ethel the housekeeper in the BBC’s And Then There Were None. The series follows 10 strangers who are all invited to a mansion on a mysterious island, where they start to be killed off one by one.

Watch And Then There Were None on Amazon Prime Video.

Maxwell Martin loves a period drama, probably because she does them SO well. In the BBC’s 2005 adaptation of Charles Dickens’ Bleak House, she plays narrator and protagonist Esther Summerson: a role that won her a Bafta Television Award.

Based on the book of the same name by Neil Gaiman and Terry Pratchett, Good Omens tells the story of an angel, a demon and their quest to stop the antichrist from bringing about the end of the world. In a bonkers but brilliant turn, Maxwell Martin plays  Beelzebub, who is the leader of the forces of Hell.

In the BBC’s South Riding, Sarah Burton is a young woman who returns to Yorkshire soon after World War I. In a country still recovering from the aftermath of the war, she starts working as the headmistress in a girls’ school. Maxwell Martin was nominated for a Bafta for her portrayal of Sarah.

And because we had to end with another period drama, Death Comes To Pemberley is a three-part drama based on the best-selling 2011 P.D. James novel of the same name. It continues the events of Jane Austen’s Pride and Prejudice, taking place six years after the events of Austen’s story. Maxwell Martin of course stars as Elizabeth Darcy.

Rachel Bilson: Rami Malek Reached Out to Me After Throwback Photo Drama