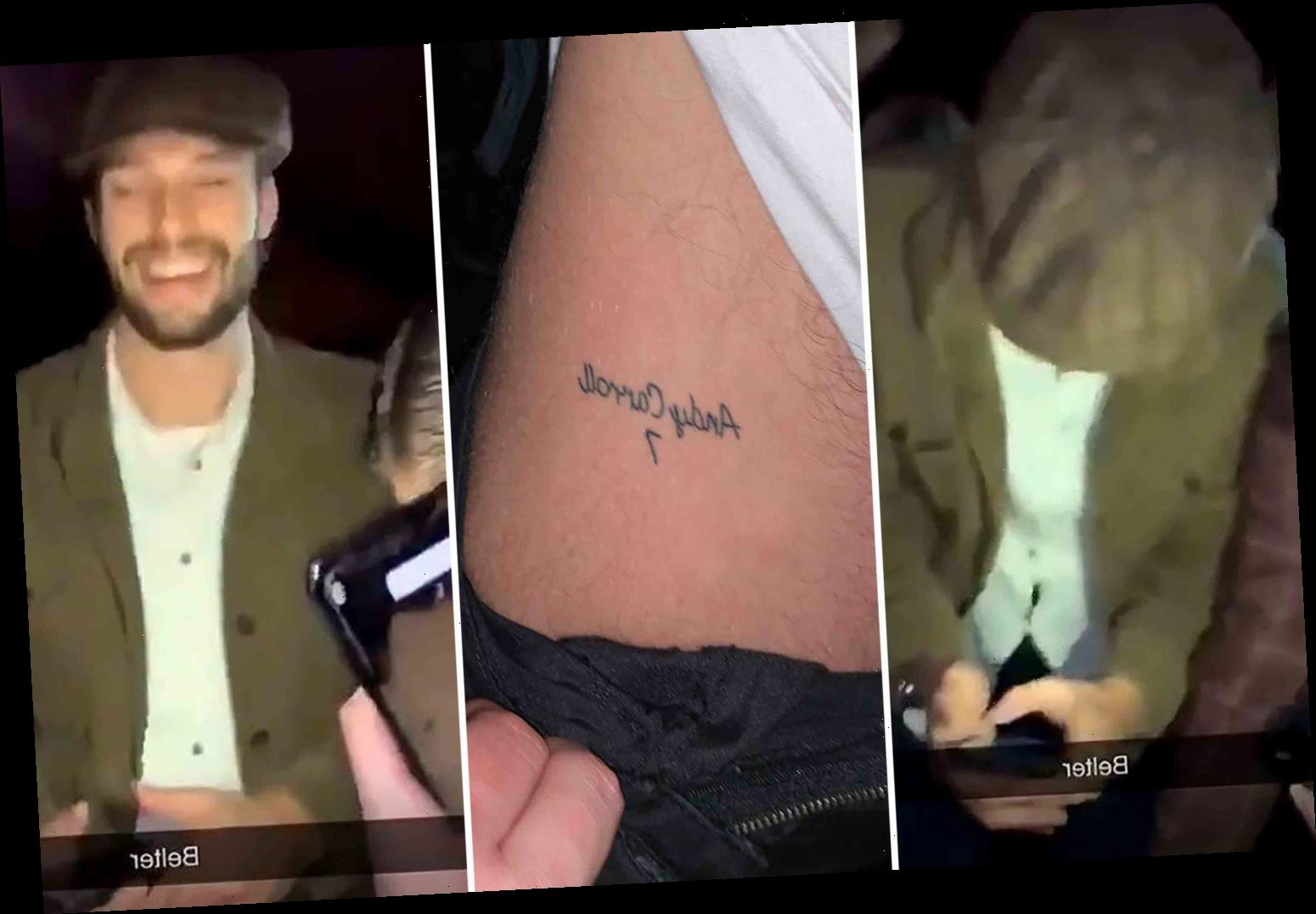 ANDY CARROLL was left in stitches after meeting a fan who had his name tattooed on his thigh.

And the Newcastle striker was so impressed that he even bought the man a beer. 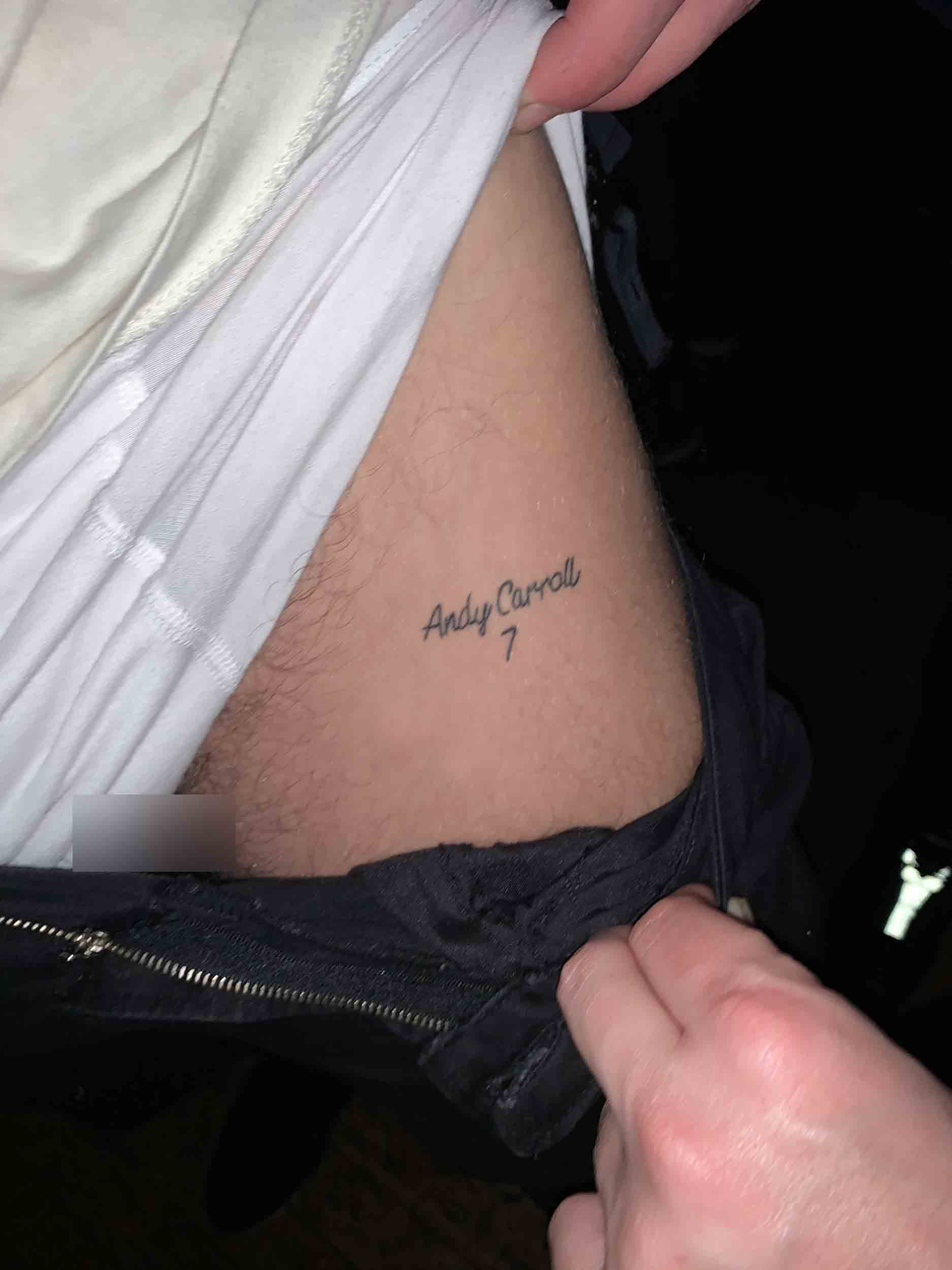 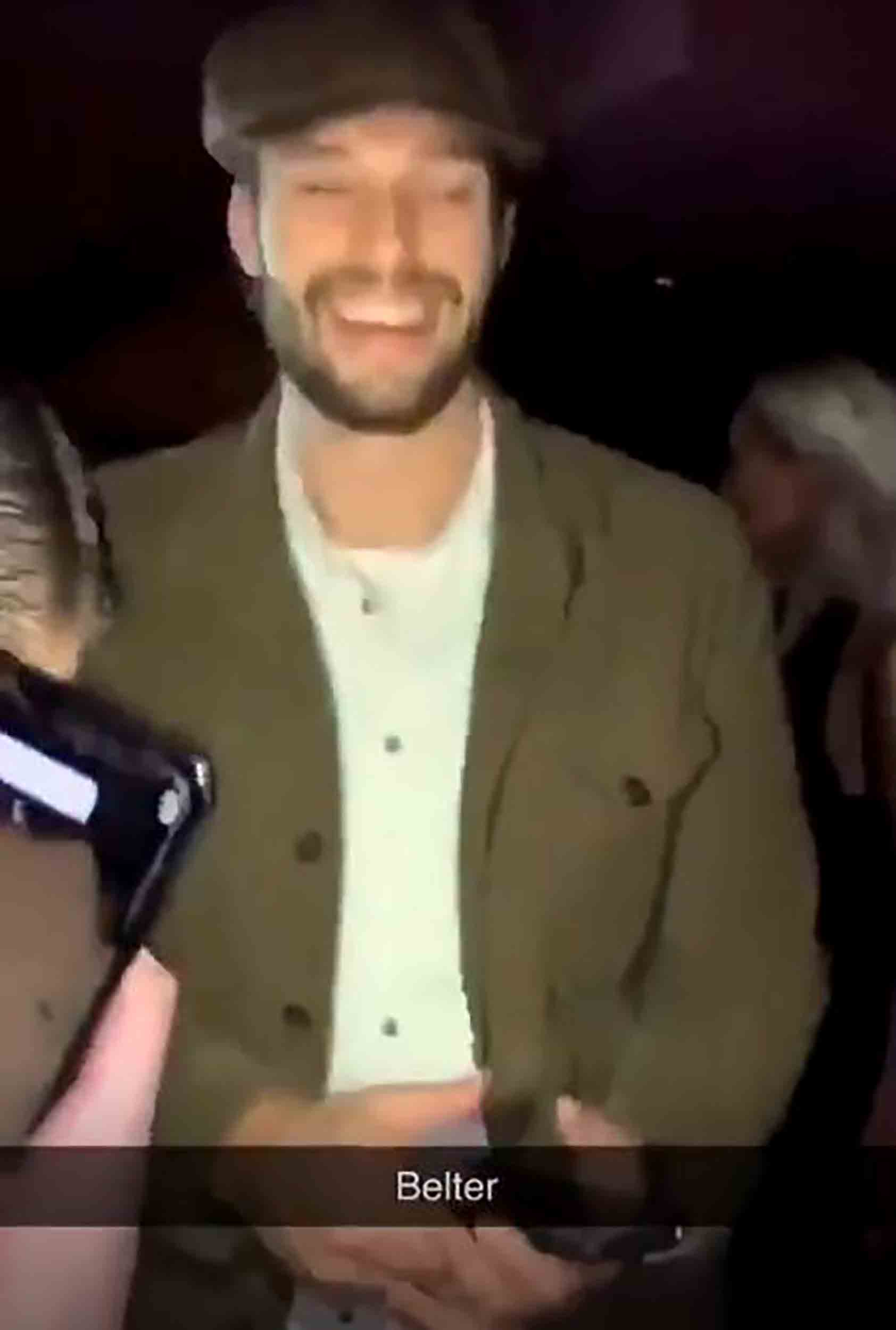 Carroll, 31, was enjoying a night out in his hometown when Newcastle fan Jordan Stone spotted him despite wearing a hat.

A video doing the rounds on social media shows Jordan pull down his kegs and reveal a tattoo that read: "Andy Carroll 7"

The England striker is a huge fan favourite in the Toon having started his career at St James' Park.

Carroll can't help but laugh at the guy's artwork and even took to Twitter afterwards to label him a "legend."

Alongside a video, Jordan wrote on Twitter: "Last night Andy Carroll took a picture of my Andy Carroll 7 tattoo and bought me a Heineken."

Fellow Newcastle fans were loving it and one commented: "God I love that man."

Another added: "Haha this is class."

Carroll is looking to revive his career having signed a one-year deal at Newcastle in August. 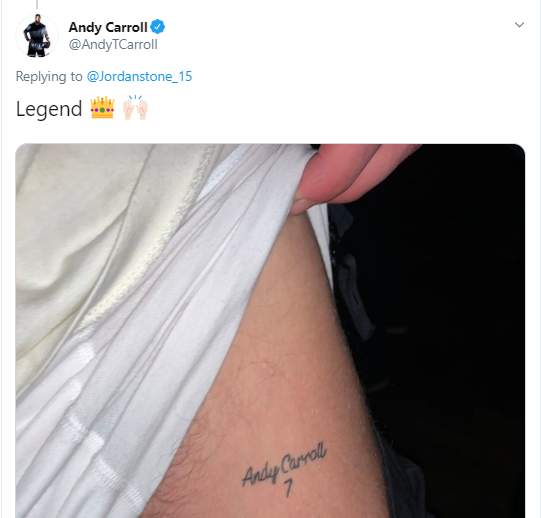 But he has yet to find the target in 13 league appearances and is back on the treatment table with a groin injury.

Earlier this month boss Steve Bruce revealed how he hopes to have him back in action later his month.

He said: "We know the issue we have got. Unfortunately, we can't seem to get him right. It is nothing to do with his ankle. It is frustrating but we hope he is back in the next couple of weeks."