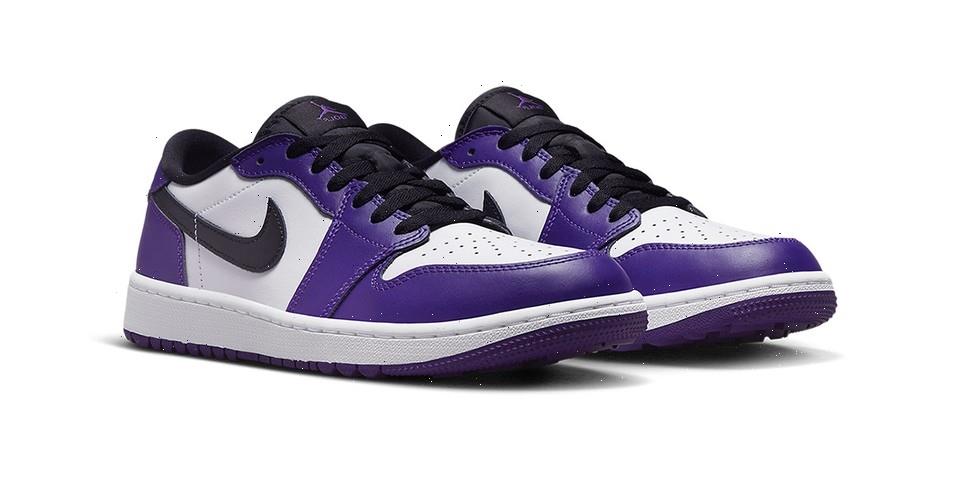 Jordan Brand has an extensive list of classic color palettes in its arsenal that it can always refer back to when it needs to cook up new sneakers. An oft-used one is “Court Purple” which was recently spotted on models like the Air Jordan 1 Mid and Air Jordan 13 earlier this year. And now it’s getting a moment to shine on the putting green as it has now touched down on the Air Jordan 1 Low Golf.

Its arrangement harks back to the Air Jordan 1 High “Court Purple” makeup that Jordan Brand released back in 2020. Upper halves are supplied with smooth leather and color-block between overlays that are dyed in its titular shade, crisp white toe boxes and quarter panels as well as solid black Swooshes, laces, tongues and interior liners. Jordan Brand Golf insignias are laid down on the tongues and insoles while the heels are accessorized with their traditional ball-and-wings logos. Heftier traction has been added to the bottoms of the kicks so that wearers can move more comfortably through the fairways.

At the time of writing, Jordan Brand hasn’t announced an official release date, but a launch in the coming months will likely occur.