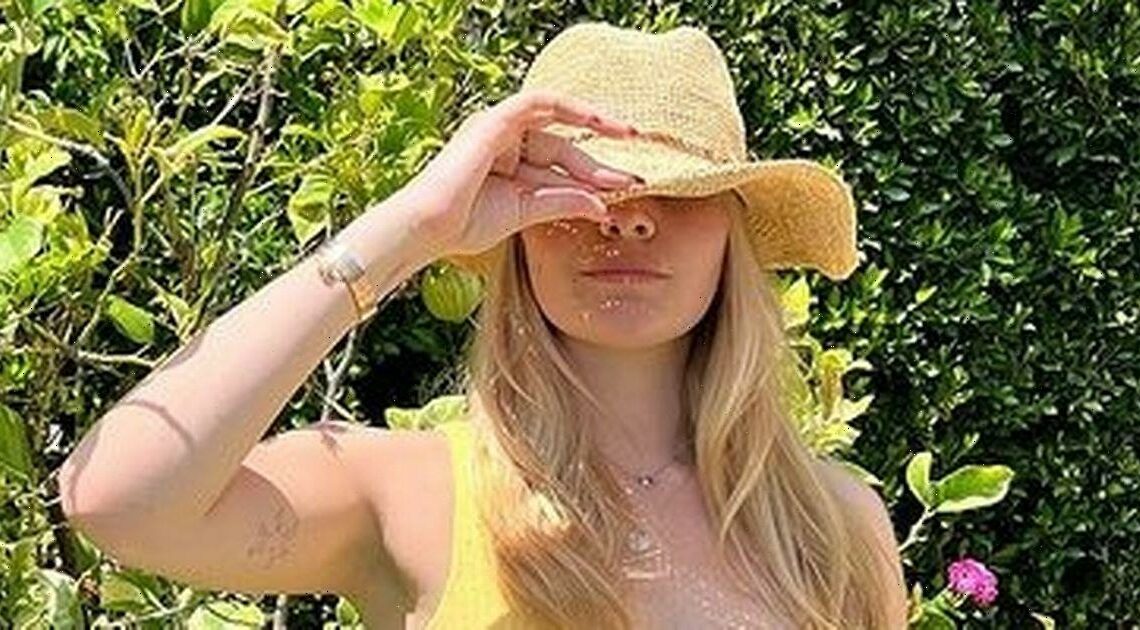 Gordon Ramsay's daughter Holly Ramsay put her fine physique on show in a yellow bikini while enjoying the sun in Los Angeles.

The bombshell looked sensational as she took to Instagram to share a slew of snaps showing her posing in a plunging swimsuit top and matching wrap skirt.

The influencer, 22, oozed sex appeal as she flashed her toned midriff – and showed off her natural beauty by going makeup-free.

Holly allowed her long blonde tresses to fall onto her shoulders and finished her look with two silver pendant necklaces.

She captioned the post: "Happy Bank HOLLYday," alongside a lemon and heart emoji. Last week the bombshell also put her sensational figure on display as she sunbathed in LA.

Holly showed off her peachy derriere, as she lay front down on a blue towel on a sun bed, and allowed her feet to flick up behind her.

Sat next to Holly was her sibling Oscar, two, who copied her on the sun lounger soaking up the glorious weather.

Holly was last week compared to her younger sister Tilly Ramsay, who took part in last year's series of BBC's Strictly Come Dancing after she took to Instagram during Coachella to pose up a storm in a sheer dress.

The social media star sizzled in the dress, which had a zebra pattern adorning it, and she teamed the sleek look with a bucket hat and some bracelets.

Standing among some tropical palm trees, Holly looked amazing as she smiled for the camera while holding a drink.

Fans of Holly rushed to the comment section to shower her with compliments and compare her to her younger sister Tilly.

They penned: "Really thought this was Tilly at first haha."

Another swooned: "I'm madly in love with you Holly Ramsay."

While a third commented: "So beautiful."