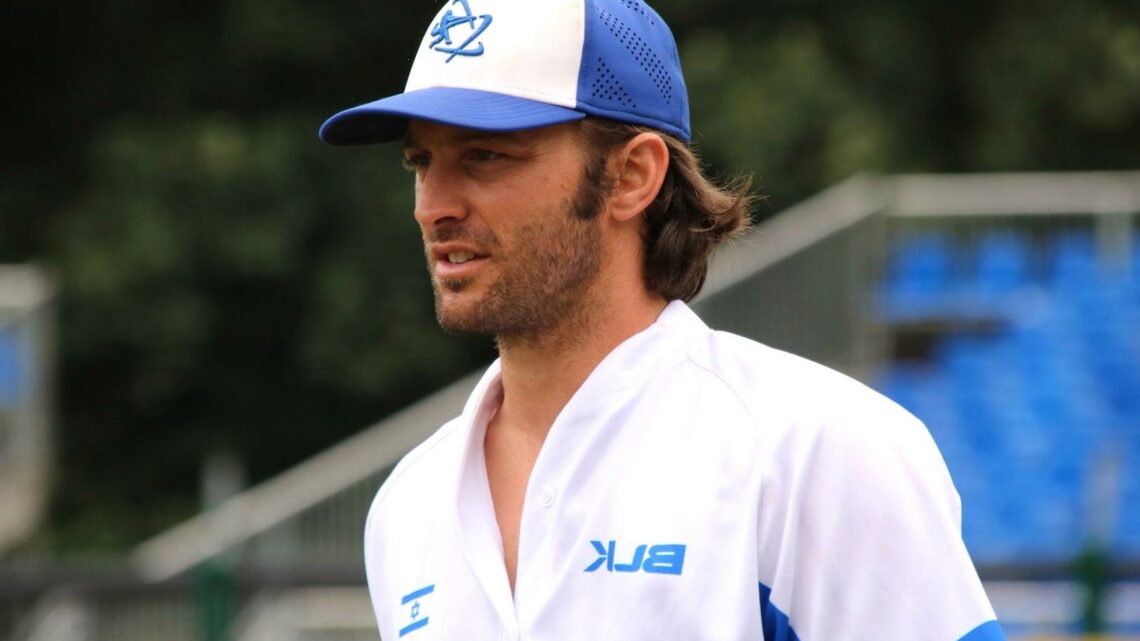 How MLB can avoid unintended consequences of sticky ban

If you head to Palisades Credit Union Park in Pomona to see the New York Boulders play in the independent Frontier League, you can enjoy the standard pleasures that come with unaffiliated baseball, from the relaxed vibe to the reasonable ticket prices to the family-friendly entertainment to the actual players, most of them trying for either their first or another shot at organized ball.

Right now, however, you can see something a little different: You can see a guy preparing for the Olympics.

“I know myself. I’m a guy that takes about a month to be in the flow of things,” Zach Penprase, an infielder for the Boulders, said in a recent Zoom interview. “So I knew I really needed to be ready for the Olympics. I’m truly grateful for this opportunity to hang out with old friends and prepare to play for the Olympics.”

The 36-year-old Penprase, whose mother is Jewish, will play for Team Israel in the 2021 Olympic Games, which begin next month in Tokyo. The exciting adventure will cap a two-year saga, extended by a year due to the coronavirus pandemic that postponed the Olympics from 2020, that the California native certainly didn’t see coming when he stopped playing professionally.

A 13th-round selection by the Phillies in the 2006 amateur draft, Penprase climbed to the Single-A level, first with the Phillies and then with the Red Sox, before getting released and landing with the independent Fargo-Moorhead Redhawks. He spent eight seasons there before retiring following the 2015 season.

“I felt it in my gut that I was just done,” Penprase said. “I started a family. Started a real life, I guess.”

Penprase started working in construction with his father back in California. However, in 2017, he established contact with Israel baseball officials. Conversations about playing for Team Israel in the 2017 World Baseball Classic didn’t come to fruition, yet the lines of communication stayed open. And in September 2019, Penprase, who mostly has played shortstop for the Boulders, played third base for the Israel team that qualified for these Olympics. For the Olympics, he said, he will plug in wherever he is needed on a roster that is expected to feature retired All-Star second baseman Ian Kinsler and former Met Ty Kelly among other recognizable names.

Penprase landed in Rockland County by virtue of his friendship with Boulders manager T.J. Stanton, a teammate back in Fargo.

“The thing I started going over in my head is,” Stanton said, “we’re in the Frontier League. We’re a younger league. Most of our players played in affiliated ball, but they played up to A-ball and are 25 years old. I started thinking about how amazing it would be for them to have this old Team Israel dude just show up and contribute, and it’s been fantastic. For these players to see how Zach prepares himself every day, how he handles success and failures, I think it’s great for these players and their development going forward.”

This won’t serve as the springboard to a bigger comeback, Penprase said. With a wife and baby back in the Golden State, he’ll return home to his family and the construction world while putting together a business to help others with their mental performances. Yet what an experience the Olympics will have been, not only getting to compete at an international level but also getting in touch with his Judaism. Penprase said he grew up observing Passover and Hanukkah but never so much as set foot in a synagogue. He has visited Israel three times in the past two years as part of this endeavor.

And on his own journey, he brings a little something extra to independent New York ball.

“It was a perfect fit,” Stanton said, “and it has worked out great.”

This week’s Pop Quiz question came from Gary Mintz of South Huntington: In the 1997 film “Cop Land,” a character listens to a radio broadcast that describes a switch-hitter of the era going deep from both sides of the plate. Name the hitter.

On Wednesday night, from 5:30 to 7:30 at Citi Field’s Bullpen Plaza, the foundation for the late, great Rusty Staub will hold its 35th annual event for the families of police and firefighters who have lost a loved one in the line of duty since 1986. The foundation has raised more than $160 million over that time. Some 500 families will attend, as will the commissioners of the New York Police Department, Fire Department of New York and Port Authority of New York and New Jersey.

The latest “Real Sports with Bryant Gumbel,” which can be found on HBO Max as well as select times on the mothership HBO, features a cool segment on former big-league pitcher Michael Schwimmer, who has found an innovative way to invest in young ballplayers.

Your Pop Quiz answer is Chili Davis. If you have a tidbit that connects baseball with popular culture, please send it to me at kdavidoff@nypost.com.