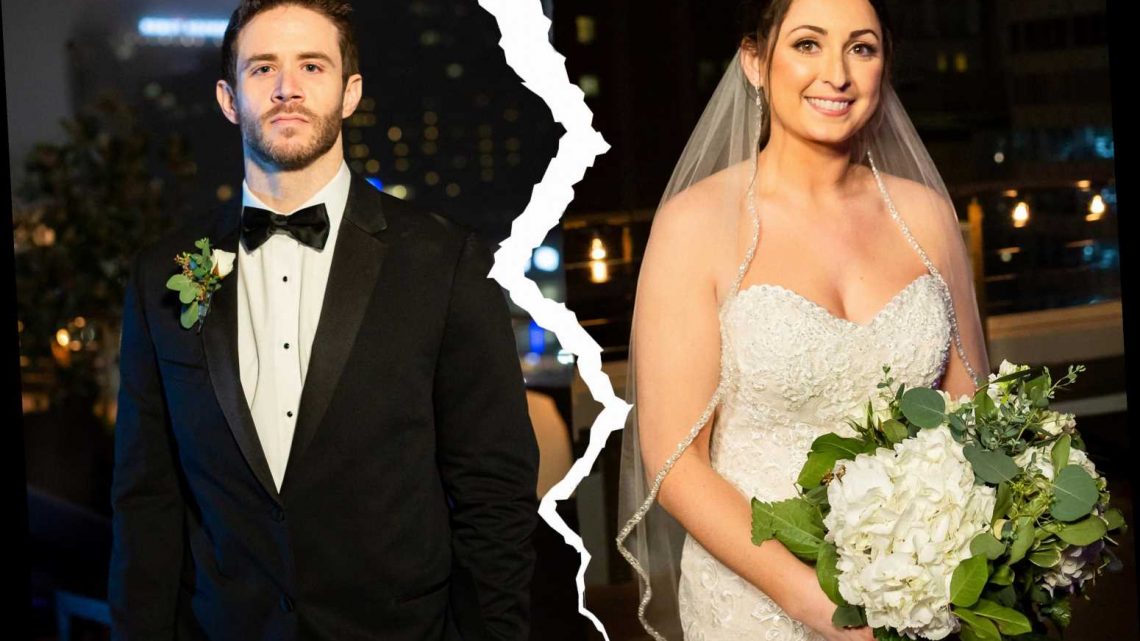 How COVID-19 wreaked havoc on ‘Married at First Sight’ couples

It’s March 2020 in New Orleans. Coronavirus cases are skyrocketing every day, and the mayor just handed down a stay-at-home order. You’re quarantined in a small apartment; the only person you’re allowed to see or speak to is your new roommate, a stranger you met just six weeks ago.

Oh, and that stranger? You’re married.

That bizarre scenario became everyday life for the 10 plucky participants on the Lifetime reality show “Married at First Sight.” The first 10 seasons — which have aired almost nonstop since the series premiered in 2014 — followed the same basic premise and plotline: couples are matched by three experts, meet for the first time at the altar, get legally married and move in together for eight weeks. After their two-month trial run, couples decide if they will stay married or get divorced.

But during Season 11, which taped earlier this year, production had to be shut down just 33 days into the marriages due to the COVID-19 pandemic. Contestants were left to record themselves, stuck in their marriages indefinitely, until the stay-at-home order was lifted.

Although the current season first hit the airwaves in July, it’s only on Wednesday, Oct. 7, at 8 p.m. EDT that Lifetime will start to air the episodes filmed during the couples’ forced lockdown. The contestants were confined to their homes for a total of 10 weeks, and activities and interactions captured on camera ranged from prosaic to provocative.

“A lot of what was happening for all of us was mundane. There was a lot of time sitting on the couch watching TV or putting puzzles together,” said Eric Detwiler, the executive producer in charge of programming at Kinetic Content.

Other incidents, though, proved juicier. Viewers witness the new couples struggling with their marriages and fearing for their personal health. Issues some had already faced in the first five weeks of their unions promptly blew up. Henry and Christina’s communication issues intensify, for example, as do Karen and Miles’ struggles with vulnerability. Other couples, like quirky Amelia and Bennett, grew closer during this unprecedented time. (Contestants’ last names are withheld by the show to protect them from online harassment.)

But the coronavirus proved emotionally deadly to another pair. When the camera crews left the scene, Olivia, 30, and Brett, 35, no longer had “homework” exercises assigned by the experts to bring them closer together —  and their relationship halted.

“We weren’t talking about anything other than COVID,” Olivia told The Post. “It definitely put stress on Brett’s and my relationship.”

Although they were strangers, the duo had the same fights that many Americans were having over the virus. Olivia, a nurse, was working at a hospital every day and seeing the effects of COVID-19 firsthand, while Brett, an IT professional, was using their apartment as an office.

“I’m in a hospital full of COVID, and when I came home, Brett would be watching the news,” Olivia said. “That was a tough time for us, having to sit down and say, ‘I know you want to watch the news, but I can’t anymore. I can’t think about COVID.’ ”

The bubble burst when Olivia decided to drive to visit her family for the weekend, something Brett had told her he didn’t want her to do. When she returned, all of Brett’s things were gone from the apartment.

“It was a huge shock. Yeah, we’re strangers and yeah, we’re married, but we’re still trying to work through this,” she said. “It was very devastating. I felt like he gave up on us.”

Despite the heartache, Olivia is glad they went through the tough time, calling it “a blessing in disguise.”

The show’s spokesperson would not reveal if the couple decided to rekindle their relationship or got divorced at the end of the series. There are five more episodes slated to air after the Oct. 7 one filmed in lockdown, with the finale set for Oct. 29 at 8 p.m. EDT. Only an episode and a half were filmed during the 10-week lockdown, according to Detwiler. “We were able to condense that period,” he added.

The couples ended up spending 16 weeks together, rather than the standard eight of past seasons, but that might have been a good thing.

“Tragedy and emergency situations like this can actually bring people closer together,” pastor Cal Roberson, an expert on the show, told The Post. “It revealed weaknesses and showed a lot of strengths. In a weird way, what could have been tragic actually benefited [the couples].”

“I would have appreciated not having a pandemic, but going through something traumatic and stressful and life-changing really helped us grow during our marriage,” said Olivia. “I’d rather know how Brett reacts to trauma.”