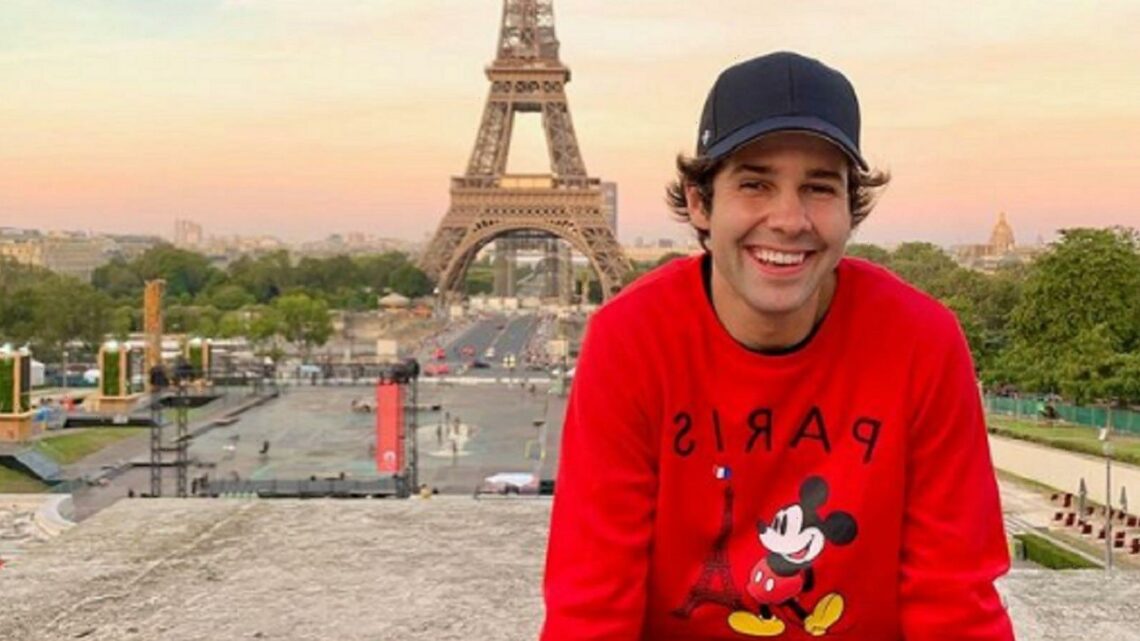 Popular YouTuber David Dobrik is widely known for his vlogs and comedic antics with his group of creators called Vlog Squad. He got his start in the content creation through the now-defunct video-sharing website Vine in 2013 which has helped him amassed his $25 million of net worth over the course of his career. The Slovak YouTuber has gained so much popularity that he was even able to penetrate Hollywood and even starred in a few films such as The Angry Birds Movie 2, Airplane Mode and a lot more. Take a look at how he started and how he got to where he is now.

RELATED: How KSI Became One Of The Most Popular YouTubers In The World

3 David Dobrik’s Early Life And A Knack For Tennis

David Dobrik whose real name is Dávid Julián Dobrík was born on July 23, 1996 in Košice, Slovakia which was near the Hungarian border. When he was young at the age of around six years old, his family moved to the Vernon Hills, Illinois. At the time, he was a Slovak citizen, and although he arrived in the country as a kid and stayed in the U.S. illegally, he was protected from the law by Deferred Action For Childhood Arrivals program, known as DACA. When he reached High School, he attended the Vernon Hills High School where he developed an interest in tennis sports.

David Dobrik was so skillful at the sports that he qualified for the Boys Tennis State Tournament in 2014. He eventually ended up winning the third place in the doubles department at the time. He also advanced to state tournament while playing tennis. Despite his success in the tennis sports, he was fascinated with online streaming which led to his decision to move to Los Angeles to further pursue his Vine career after he graduated from high school.

David has joined the video sharing platform Vine while he was still in high school. He initially posted some short yet comedic videos. He first uploaded about 6 second videos on the platform. Dobrik uploaded his first ever Vine video in the website in 2013. His first few videos in Vine was a few accounts focused on few different sports where he would upload sports highlights. During that point, he was already making $1,500 up to $2,000 on a monthly basis. He soon transitioned into making comedic Vine videos. With the success of his Vine videos, he was able to collaborate with numerous Vine content creators as well such as Gabbie Hanna, Jason Nash, Liza Koshy, and Zane & Heath.

With the network he has formed through Vine, he was able to gain some insights about YouTube content creation as well. Before he even started making his own YouTube channel, he was part of the group called Second Class where he learned more about the platform. It was Liza Koshy who introduced him to vlogging on YouTube and eventually led him to create contents there. He later on started dating the Vine creator as well. He finally launched his own channel in YouTube in 2015.

Upon its inception, Dobrik mainly created contents focused on comedy vlogs based on real life situations with some bits of scripted parts. Since he has a wide network of Vine creators, he has collaborated with a few Vine creators on his YouTube videos. After a year, he started his second YouTube channel named David Dobrik Too in August 2016 where he basically posts some bloopers, challenge videos and some direct sponsorship he got.

1 Rising To Prominence And Building His Empire

Dobrik has gained fans and popularity over the years because of his high energy and funny videos. A lot of fans followed his life and contents on YouTube as they enjoyed his personality on his contents. After two years of creating content on YouTube, he was able to receive his Diamond Play Button given by YouTube to recognize the vloggers whose channel surpasses over 10 million subscribers in December 2018. 2018 seems to be the year he is starting to rise into prominence as he was also named among the 10 Social Media Personalities Making the Most Noise that same year by Paper magazine. His popularity seems unstoppable since the following year; he was featured on the Variety magazine as one of the Power of Young Hollywood in 2019. And that same month, he hosted the Teen Choice Awards with Lucy Hale where he also received Choice Male Web Star award.

Dobrik’s star is only starting to shine as he was then chosen as the most popular media personality among the teenagers in October 2019 based on the survey made by Piper Jaffray & Co. The following month, he was named as the Sexiest Heartthrob of 2019 by People magazine, defeating Harry Styles and Shawn Mendez on the list. He seems on a roll as he was then named 5th most viewed creator on the YouTube Rewind 2019 list. That same year, he started making videos on TikTok where he did not really had a hard time making viral contents as he has a massive following. The following year, he became one of the recipients of TikTok’s $1 billion Creator Fund as the general manager of TikTok US, Vanessa Pappas, believes that Dobrik is among the creators who show their authentic self in their videos.

Dobrik was estimated to have YouTube earnings at around $21.6 million to $36 million over the course of his career. This amount was exclusive of his brand and sponsorship deals. Aside from his YouTube earnings he also ventured into numerous investment opportunities which includes his mobile camera app called Dispo which has over a million downloads to this day.

READ NEXT: Becoming The Beast: How YouTuber Mr. Beast Built His $54 Million Empire

Cancer warning: The ingredient ‘most consistently linked’ to cancer – ‘definite cause’