Home » Lifestyle » How does your partner act in social situations? The ‘inappropriate’ sign of dementia 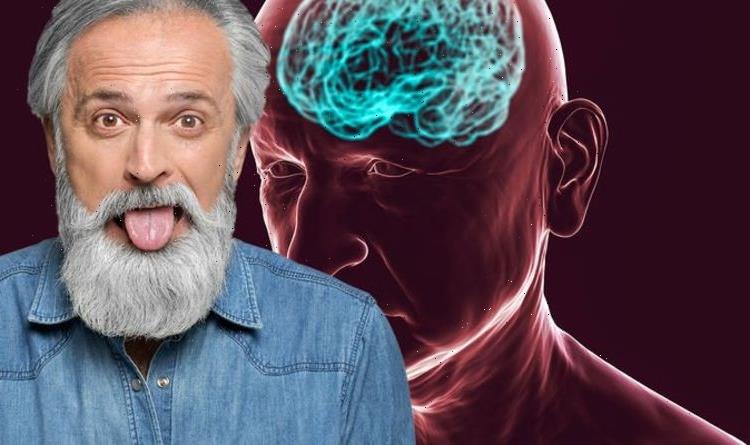 How does your partner act in social situations? The ‘inappropriate’ sign of dementia

Dementia: Dr Sara on benefits of being in nature

There are over 100 forms of dementia so it can be hard to diagnose the specific type of dementia you may have. However, symptoms differ between the different types of dementia and this can help doctors land on an accurate diagnosis. Most people readily associate memory loss with dementia but this is not always the first warning sign.

Frontotemporal dementia is an uncommon type of dementia that causes problems with behaviour and language.

According to the NHS, memory problems only tend to occur later on, unlike more common forms of dementia.

What should I be looking for instead?

Changes in behaviour are more common in early-stage frontotemporal dementia.

According to the Alzheimer’s Society (AS), “a person with behavioural variant FTD [frontotemporal dementia] may lose their inhibitions and behave in socially inappropriate ways”.

AS adds: “They may also act impulsively and lose empathy for others.”

Other symptoms of frontotemporal include:

The NHS explains: “See a GP if you think you have early symptoms of dementia. If you’re worried about someone else, encourage them to make an appointment with a GP and perhaps suggest you go with them.”

According to the health body, the GP can do some simple checks to try to find out the cause of your symptoms, and may refer you to a specialist for further tests.

Unfortunately, the most well-researched risk factor for frontotemporal dementia is not modifiable.

“Around one in ten cases of FTD are thought to be caused by a faulty gene passed down in families – also known as familial frontotemporal dementia,” explains Alzheimer’s Research UK.

According to the charity, scientists have found a number of faulty genes that can cause inherited forms of FTD, including tau, progranulin and C9ORF72.

That’s the conclusion of a study published in the journal Dementia and Geriatric Cognitive Disorders Extra.

Researchers sought to establish whether anxiety and depression are independent risk factors for frontotemporal dementia.

Eighty-four patients with frontotemporal dementia and 556 patients with Alzheimer’s were compared with 117 cognitively healthy elderly individuals.

Significant associations were found between anxiety and frontotemporal dementia, the researchers concluded.

Anxiety is characterised by a feeling of unease, such as worry or fear, that can be mild or severe.

Anxiety is the main symptom of several conditions, including:

You should see a GP if anxiety is affecting your daily life or causing you distress, advises the NHS.