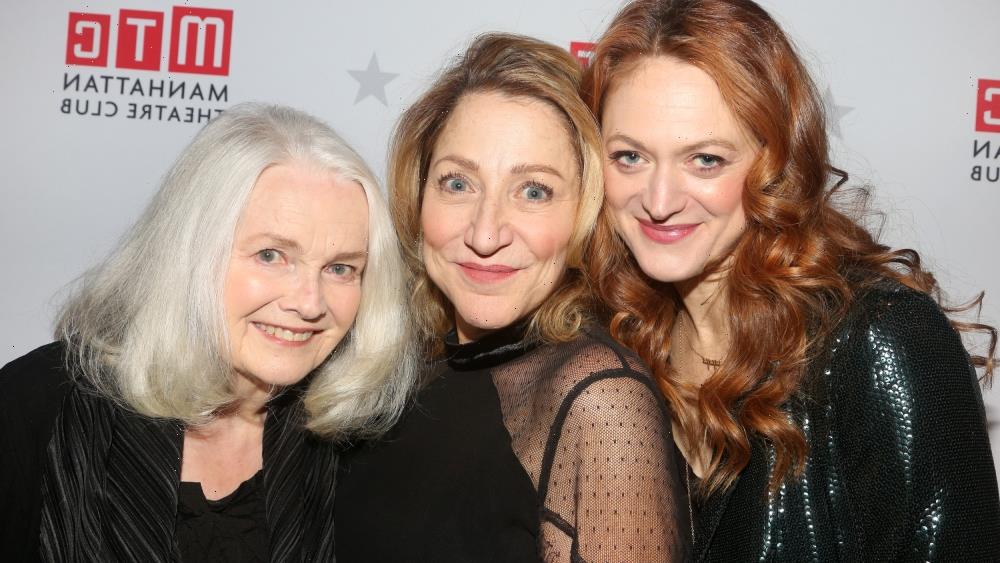 The new Off Broadway play “Morning Sun” was written for Edie Falco — and it’s not the most comfortable thing for her.

Listen to this week’s “Stagecraft” podcast below:

“It was disarming for me,” the actor explained on Variety’s Stagecraft podcast, on which she appeared with her co-stars Blair Brown and Marin Ireland. “As far as I’m concerned, the farther away I am from the character the more fully I can inhabit it. You’re just diving into your imagination based on their vocal rhythms or where they’re from. [But] every place that’s made reference to [in “Morning Sun”] are places that I pass every day of my life. I’ve had to, in my mind, create a distance … that I was comfortable with.”

To write the script, playwright Simon Stephens (“Blindness,” “The Curious Incident of the Dog in the Night-Time“) met with Falco for meals, walks and coffee over a long period, and he set the show, about three New York women, in the West Village, the neighborhood where Falco lives. But a lot of the story’s details come not directly from Falco’s life but from more indirect inspirations.

Ireland, a longtime friend of Stephens, added, “He would stop at places along the handprint line. There’s actually one moment in a noodle shop in our play — there are some lines that he wrote down, a mother and a daughter talking … [that he wrote down] from that trip.”

“Morning Sun” is among the plays and musicals that are helping to restart the theater industry after the lockdown prompted by the pandemic, and on Stagecraft, Brown, Falco and Ireland talked about what it’s like to be on the front lines of theater’s return.

“There’s something about this that feels, right now, like it matters more than ever before, being in a room with people telling a story, and also like it couldn’t matter less — in a way that feels really interesting and helpful,” Ireland said. “Doing a play feels like it simultaneously holds that sort of ancient, beautiful connection thing that we’ve all been craving, but also, you know — “

“With everything else going on,” Falco chimed in.

” — We’re just hanging out; we’re just being together,” Ireland continued. “All the other extra stuff that used to crowd into your brain when you were doing a play in New York has burned off a little bit, in a way that for me feels really, really nice.”

Brown noted, “It’s a perfect kind of play to be doing at this time. Everyone has all kinds of private moments, and you never know when you’ll hear a sound of a cry or gasp in the audience. It’s all different places [during the play]…It’s like a Rorschach test.”

All three actresses are always busy with screen work — Falco (“The Sopranos”) plays Hillary Clinton in “American Crime Story: Impreachment,” while Ireland has a role on “Y: The Last Man” and Brown was in “Orange in the New Black” —  but all three make it a point to return regularly to theater. On the new episode of Stagecraft, they explained why.

“You become successful in this industry, depending on what one’s definition of that word is, and the magic can sometimes disappear,” Falco said. “You’re so far from the nucleus of the idea that started in somebody’s brain. There are so many people between that and you, that it really can become like a job. But theater is never like that. It feels so much closer to the ridiculous magic that I knew as a kid, that I can’t believe adults are allowed to do.”

Brown added, “I remember once working on a big television series that I was happy to be working on. But I thought, I do feel like I’m working on an aircraft carrier.”

To hear the full conversation, listen at the link above or download and subscribe to “Stagecraft” on podcast platforms including Apple Podcasts, Spotify and the Broadway Podcast Network. New episodes of “Stagecraft” are released every other week.