Home » Lifestyle » How I Made It: 'I'm a forensic psychiatrist – studying the minds of criminals' 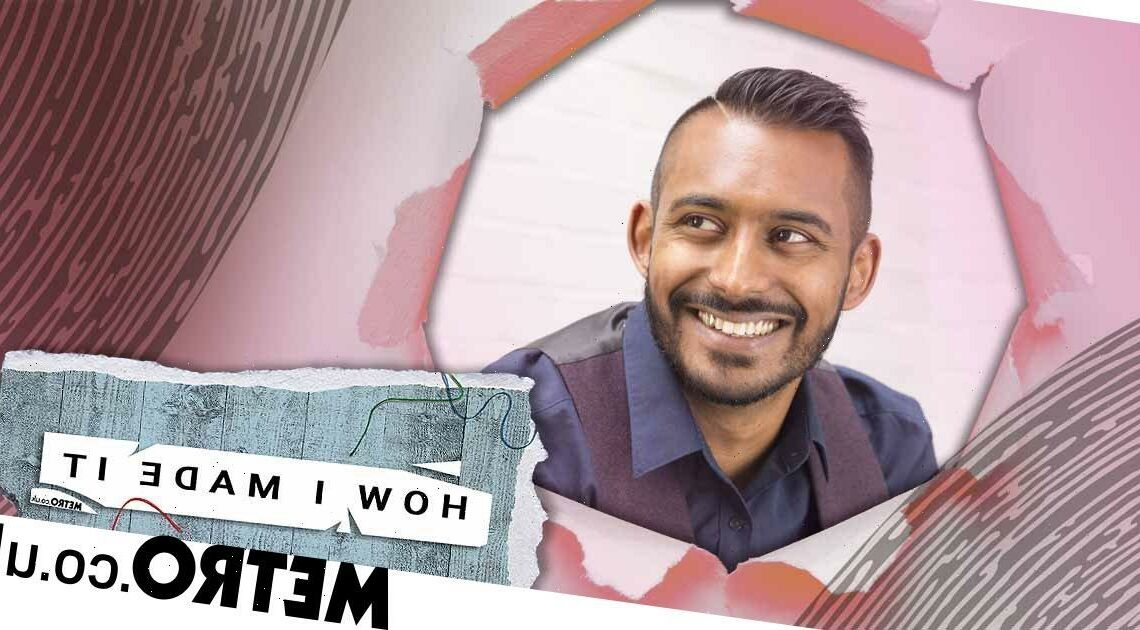 How I Made It: 'I'm a forensic psychiatrist – studying the minds of criminals' 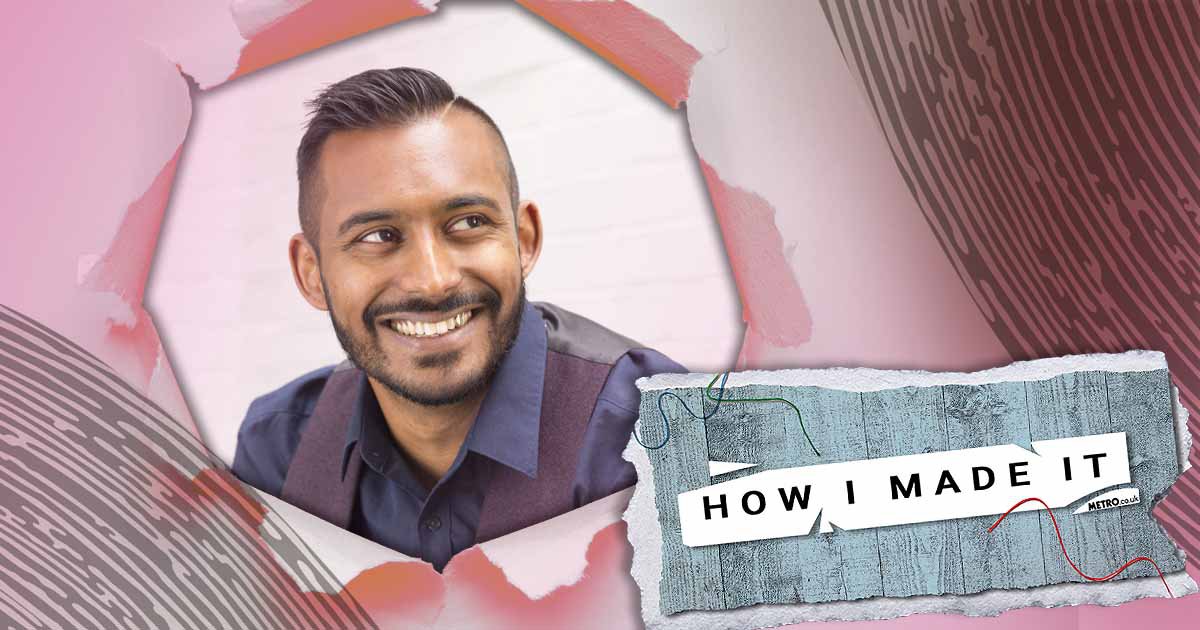 Welcome back to How I Made It, Metro.co.uk’s weekly career journey series.

This week we’re speaking to Dr Sohom Das, a forensic psychiatrist and author of In Two Minds: Stories of Murder, Justice and Recovery from a Forensic Psychiatrist.

The 43-year-old from London has been in this line of work for 15 years and has worked on the darkest of cases, assessing the minds of mentally disordered offenders.

His job is like something out of a crime show, as he will help rehabilitate people who have committed serious offences – such as murder – and who have a range of severe mental illnesses.

He’s also an expert witness, working with courts to give statements regarding an offender. While this is how he spends most of his time now, previously he made judgement calls on whether a patient could be released into society without posing danger.

Sohom tells Metro.co.uk: ‘My role boils down to deciding whether the defendant has a mental disorder.

‘If so, what were their symptoms at the material time of the offence? Were they in control of their actions? Were they criminally responsible? Do they ultimately need to be sectioned to a secure psychiatric unit for offenders or sent to prison?’

He then writes reports on this, with ‘a sprinkling of psychiatric jargon to make myself sound cleverer than I actually am’, as he puts it.

It’s an incredible job – so here’s how he made it.

Hey Sohom. What made you want to get into this field?

I stumbled into a six-month psychiatry placement whilst galivanting in Australia, working as an accident and emergency doctor. It was love at first sight.

I was immediately fixated by the surrealness it entailed.

I had to entice bizarre and sometimes delusional beliefs from patients with a host of fascinating mental disorders, from schizophrenia to anorexia – from the university lecturer who believed that his skin was shedding, to the middle-aged secretary who was convinced that there were microchips planted in her head, to the philosophy student who believed he was an incarnation of Jesus.

There was also the humanity of supporting and treating people at their lowest ebb, such as post-suicide attempt.

Plus, to my surprise, it suited my personality and drew out dormant abilities. I never knew I had empathy and decent communication skills.

After a series of jobs where I was a mediocre doctor (at best), it was invigorating to finally be good at something.

What did you do after this realisation?

After deciding to exclusively train in psychiatry, I cycled through numerous sub-speciality placements within this field. I again stumbled into forensics by chance.

I took on an assignment within a medium secure unit, where the patients had committed horrific violence and even murder.

I’ve always been fascinated by criminality and the macabre.

With forensics psychiatry, I had an opportunity to deep dive into the minds of offenders. Many of them have had horrific upbringings, from different forms of abuse and neglectful parents, or worse.

How did you train to get this job and how long did it take? Is there a set route to getting there?

First, six years of medical school, including one year doing an additional intercalated BSc degree – ostensibly to broaden my horizons, but in reality, to finesse an extra summer holiday.

I then spent two years in the wilderness as a junior doctor.

I then had to sit a series of gruelling exams (some with a less than a 50% pass rate!).

After this, I managed to sink my teeth into analysing criminals during my three-year stint of being a middle grade doctor.

Finally, I emerged out of the chrysalis as a fully-formed, perhaps somewhat naïve, consultant.

Psychiatrists and psychologists are often conflated and confused. The path to becoming a forensic psychologist is different. They are not doctors first and so they do not need to go to medical school.

Getting onto a forensics psychiatry training post was a struggle as it was one of the most competitive sub-specialties.

Once I got there, the job itself was very demanding – not only dealing with always challenging, potentially dangerous and occasionally aggressive patients, but also the behind-the-scenes hurdles, such as demanding bosses and endless assignments.

It felt like there was an infinite stream of paperwork and reports.

At the end of the slog, there was then a fear of not being able to find a consultant post within commuting distance of where I was based and the threat of having to uproot my whole family.

Do you think you need certain personality traits to handle the pressures of the job?

Absolutely. You need to have the emotional sturdiness to stomach hearing about horrific crimes that some of the defendants have committed – from sexual offences on minors, to seriously hurting or killing family members or strangers.

You require very thick skin to deal with some aggressive psychotic patients.

I’ve been threatened innumerable times and punched in the face twice.

I also think it takes a certain personality structure to be able to have empathy for the victims and even the defendants themselves.

An average day in the working life of Dr Sohom Das

5am: Sohom wakes and will bash out some reports for a couple of hours.

7am: If he’s not doing the school run, he’ll move to a cafe to carry on writing.

11am: He hits the gym for an endorphin rush.

1pm: Back to work, which could involve assessing psychotic prisoners, meeting with lawyers and prisoners, or going to court.

4pm: He’ll write and record videos for his YouTube channel.

What do you love most about your job?

This might sound a bit perverse, but I love the thrill of being cross-examined in court by barristers, particularly if they happen to be smarmy and passive-aggressive.

This is even more enthralling in high-stakes situations, such as giving evidence in murder trials at the Old Bailey.

Their job is to undermine my evidence to sway the case. They might attack my credibility, try to make me contradict myself or confuse me. Many of my peers dread this situation but I relish it.

As long as I stand my ground and don’t get flustered, I tend to win. I love it! Perhaps that speaks to my narcissism.

What do you dislike?

It can be heartbreaking to see repeat offenders drift back into the system even after they have spent years of rehabilitation within our secure psychiatric units.

How I Made It

Do you have an interesting job or career journey?

Email tanyel.mustafa@metro.co.uk to share your story for How I Made It.