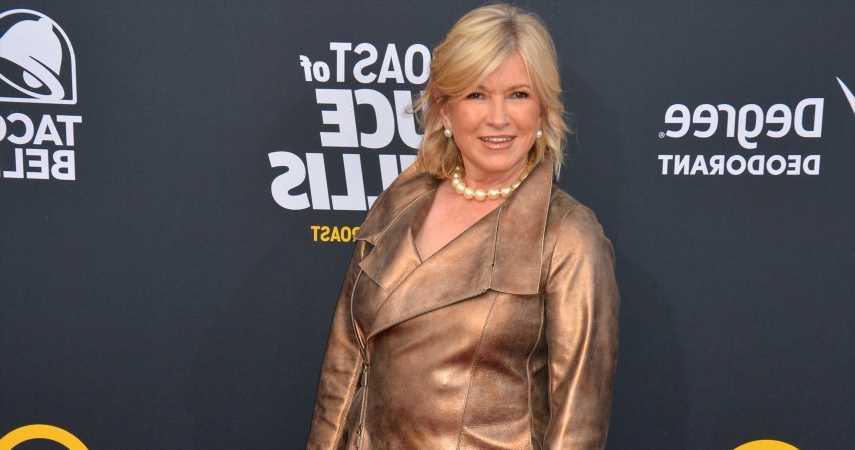 The Queen of Domestic Arts, Martha Stewart, can credit her successful career to following her passion. She has said in interviews that she could not ask for better outcome of her life because she is earning a living by just doing what she loves. She may be one of the richest women in America, but to the public, she is an idolized name in the world of cuisine as well as entrepreneurship.

Martha Stewart as a Queen of Domestic Arts is more than just a chef; she is also a business expert, huge fan of CBD gummies as well as a lifestyle guru. The 79 year old guru is as successful as she is today because of her passion to build a lifestyle empire. Though she is no longer a billionaire, she is happy and contented with what she have at the moment.

RELATED: The Robert Kiyosaki Story: How The Financial Guru Went From Being Almost Bankrupt To Becoming A Multi Millionaire

Early Life And Making Money At An Early Age

Martha Stewart was born on August 3, 1941 in Jersey City, New Jersey. She is the second child of her father Edward Kostyra and her mother Martha. Both of her parents were teachers and her father later became a pharmaceutical salesman to further support their growing family. When she turned three years old, her family moved to Nutley, New Jersey where she adopted the name Grace for her Catholic confirmation name. Even at an early age, Stewart has been doing things to earn money. At an early age of 10 years old, she was already babysitting for some extra cash.

She then modeled on top of her babysitting gig at 13 and has regularly appeared in a lot of TV commercials, and among her clients is the luxury fashion company, Chanel. Stewart has a passion for making money and she has tried different jobs growing up to earn money. By the time she reached the age of 24, she was already making six figures annually as a stockbroker in New York.

Accomplishments Through The Years

Steward started a small home based catering business which she founded with a partner. The business became widely successful that she decided to buy out the equity of her partner to be the sole owner of the business. In 1977, she was hired to cater for a book release event where she met the head of Crown Publishing Group, Alan Mirken. She discussed with him the idea of publishing a cookbook which will feature some of the recipes which she used for her catering events. The idea was eventually idealized as she published her first cook book in 1982 which sold about 625,000 copies.

Her success did not stop there; she continued publishing cook books from 1983 until 1989. With her cook book’s success across the country, she was already making a name for herself. Soon, she began to regularly appear on a lot of well watched TV programs including The Oprah Winfrey Show and Larry King Tonight. In the early 90s, Stewart has become one of the most famous public figures among the working class of America.

Martha Stewart became a self-made billionaire in 1999 when her company, Martha Stewart Living Omnimedia, went public. During that time, the initial public offering even raised $1.9 billion and the company stocks which started at about $18 per share climbed to an all time high price of $39.75 per share. She became an instant billionaire on paper in just a day. During her run as a prominent media mogul, she has found her name among the wealthiest people in the world and have been listed with the most powerful business leaders by the Forbes Billionaires list. However her net did have a significant drop in the early 2000 but has slight recuperated since.

One of the factors why Stewart net worth dropped was because in 2004, she was convicted of felony charges for making false statements to the investigators who is currently looking into the sale of a stock and for conspiracy. With her conviction, she was jailed in the federal prison for about five months and an additional house arrest of five months at her home in New York. Though she is no longer a billionaire, Stewart is still enjoying a $400 million net worth at the moment.

READ NEXT: Here’s How Elizabeth Banks Earns And Spends Her $50 Million Fortune