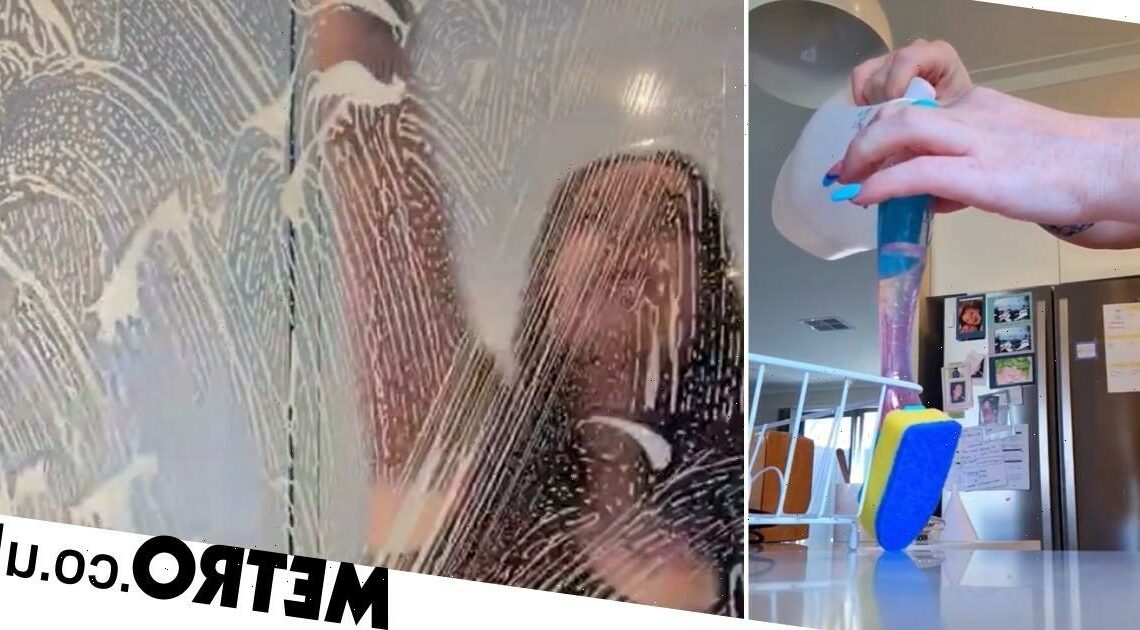 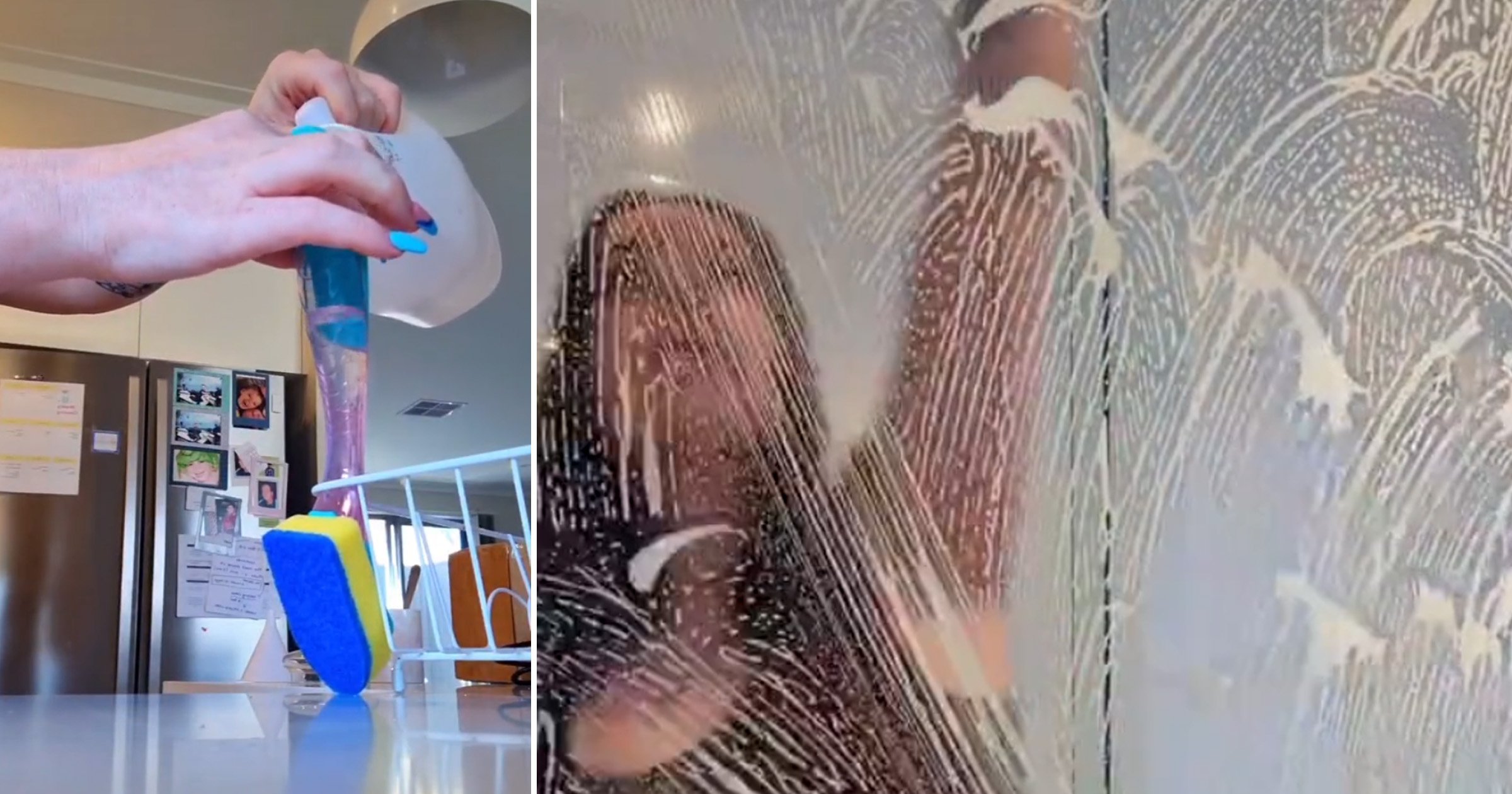 Washing yourself in the shower – fine. Washing the shower itself – what a chore.

No one wants to spend time cleaning away the shower doors and sides – plus gagging over all the hair build-up. It’s just no fun.

So the quicker we can get through it, the better. Good thing, then, that a mum has shared her viral hack for getting the job done in minutes.

Emmy Rachelle, from Adelaide, Australia, filmed a TikTok cleaning her bathroom, and the results are pretty spick and span.

She uses two simple household items – dishwashing detergent mixed with vinegar – in a dish wand and wipes it all over the shower.

Emmy says the trick is to use the dish wand sponge – as she previously tried mixing detergent with vinegar in a spray bottle and washing it off, but said it was ‘a waste of time’.

However, doing it this way, she was able to get it done in mere minutes.

‘This is another hack I found on TikTok that just works,’ she says.

‘You can even do the outside of the shower and just wipe it down with a towel or anything with microfibre – and it just comes up so clear.’

While the tip has been shared online before, many who stumbled upon Emmy’s video – which now has more than 200,00 views – were impressed.

One viewer wrote: ‘Holy crap, just did my shower screens with half vinegar and half dishwashing detergent. Scrubbed with the green side of a sponge and rinsed. Mind blown, it bloody worked.

‘Haven’t had my shower screen this clean since we moved in six years ago. I have tried so many toxic sprays and this is the best.’

Another added: ‘I’ve used this formula and it absolutely works. But I heat the vinegar first… not sure if that makes a difference.’

Others say they can’t wait to try it out for themselves.

Do you have a hack that really works?

Tell us more by emailing MetroLifestyleTeam@metro.co.uk.