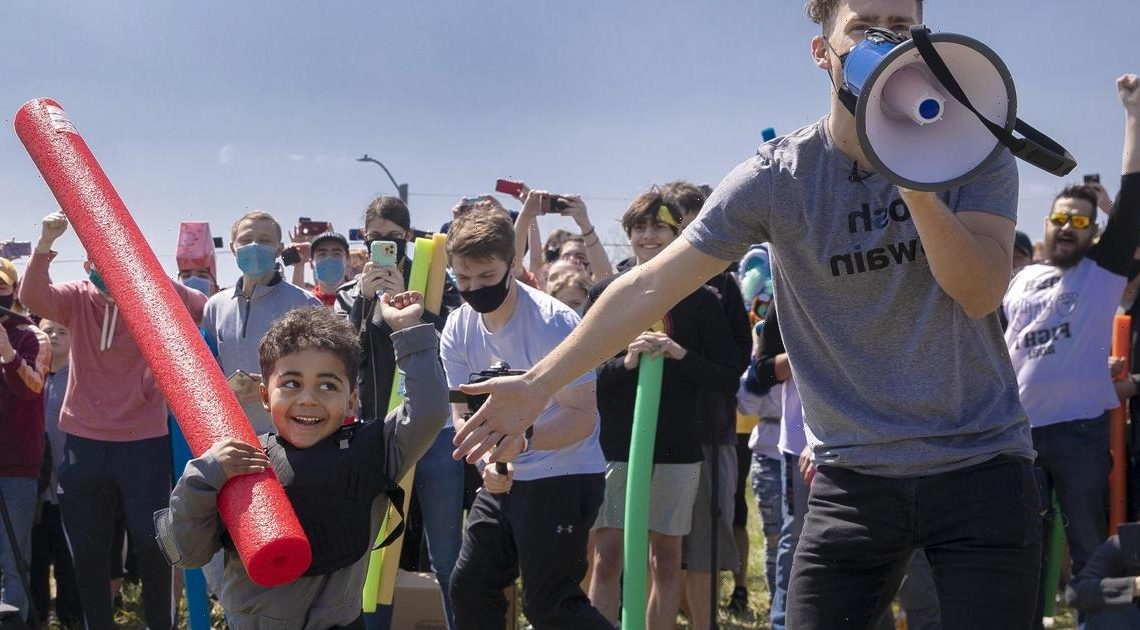 On April 24, 2020, a man named Josh Swain messaged several other men named Josh Swain on Facebook. He gave his fellow Joshes simple instructions: “Precisely 4/24/2021, 12:00 PM, meet at these coordinates,” he wrote, sharing coordinates for Lincoln, Nebraska. “We fight, whoever wins gets to keep the name, everyone else has to change their name, you have a year to prepare, good luck.”

What started out as a harmless Facebook joke went viral and turned into an epic battle among hundreds of people named Josh.

there can only be one pic.twitter.com/VPamxjJ0yL

Exactly one year after that Facebook message, people named Josh from around the country actually showed up, descending upon a park and battling each other – with pool noodles. The original Josh Swain, who sent the Facebook message, is a a 22-year-old college student from Tucson, Arizona, the AP reports.

He told the Lincoln Journal Star the event was like having “an out-of-body experience.”

“I’m sitting in my hotel room alone, just trying to act like I wasn’t with 2,000 people just fighting for their name. It’s incredible,” he said after the battle.

Joshes from as far as Washington and New Jersey showed up to what has been dubbed the “Battle of the Joshes.” In addition to the pool noodle battle, there was also a massive game of rock, paper, scissors. 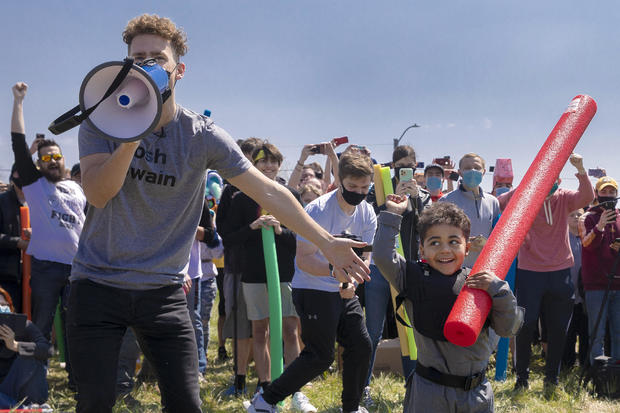 The winner of the pool noodle fight became ultimate Josh – and it wasn’t Swain or any of the original Joshes in the Facebook group. In fact, the winner likely doesn’t have a Facebook and needed help getting to the Josh fight.

That’s because he’s a 4-year-old, who the other Joshes affectionately call “Little Josh,” Swain said.

Little Josh won the battle and was honored with a paper Burger King crown – which was too big for his head.

The Josh fight wasn’t just a spectacle for Nebraskans and those who watched online. The event raised money for the Children’s Hospital and Medical Center Foundation in Omaha. Which is why Little Josh is perhaps the most deserving out of the hundreds of Joshes, as he spent time at Children’s Hospital when he suffered from seizures at 2 years old.

In addition to raising $8,000 for the hospital, the Joshes also donated nearly a ton of food for the Food Bank of Lincoln, according to the Lincoln Journal Star.

Little Josh’s win was a major moment for another Josh – his dad, Josh Vinson Sr. When his son won, Vinson shouted “lift him up,” and Little Josh was hoisted into the air in victory. 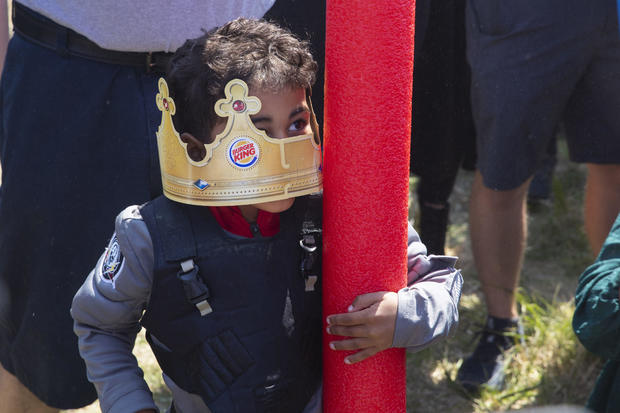 The whole event was made possible by spreading the word on social media platforms like Reddit and TikTok. A video posted on TikTok by Nebraska Wesleyan University student Ryan Wall received 1.3 million views.

Betsy Walker, a 20-year-old from Lincoln who saw Swain’s Reddit post about the event, helped spread the word about donations.

Of course, out of all the Joshes, two have gotten the most attention – Little Josh, who went viral on Twitter, and Swain, who took hundreds of photos with other Joshes that day.

Elliott Wright says his restaurant was destroyed in arson attack