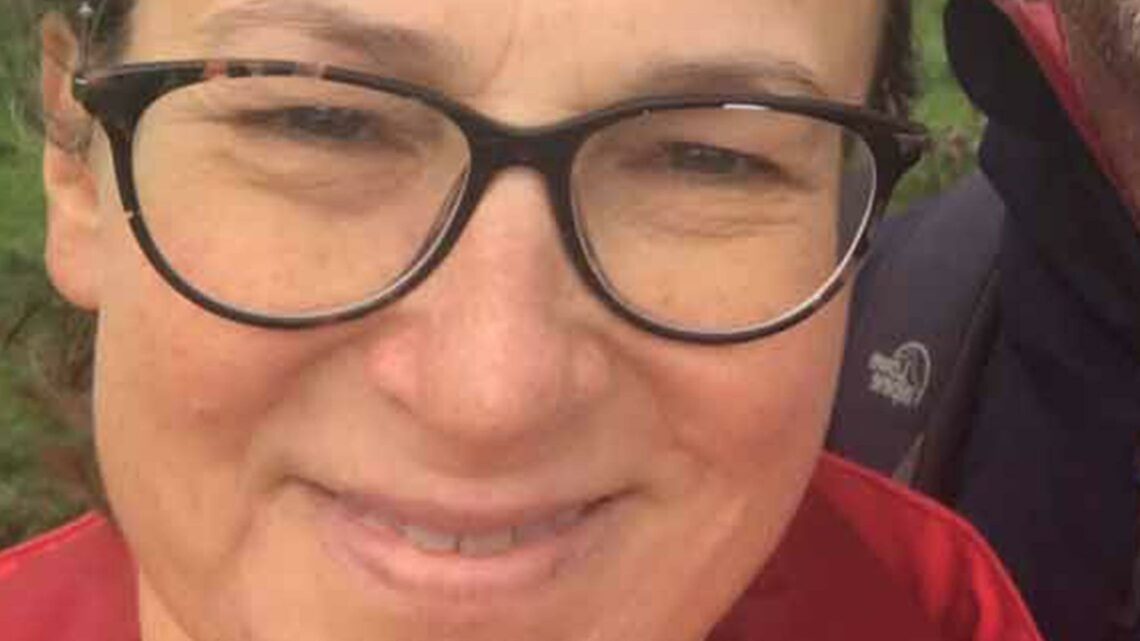 TEACHER Nicky Higgs was first diagnosed with eczema when she was just 10-years-old.

Now the 54-year-old, has been forced to vacuum her bed every morning because of the severity of her condition. 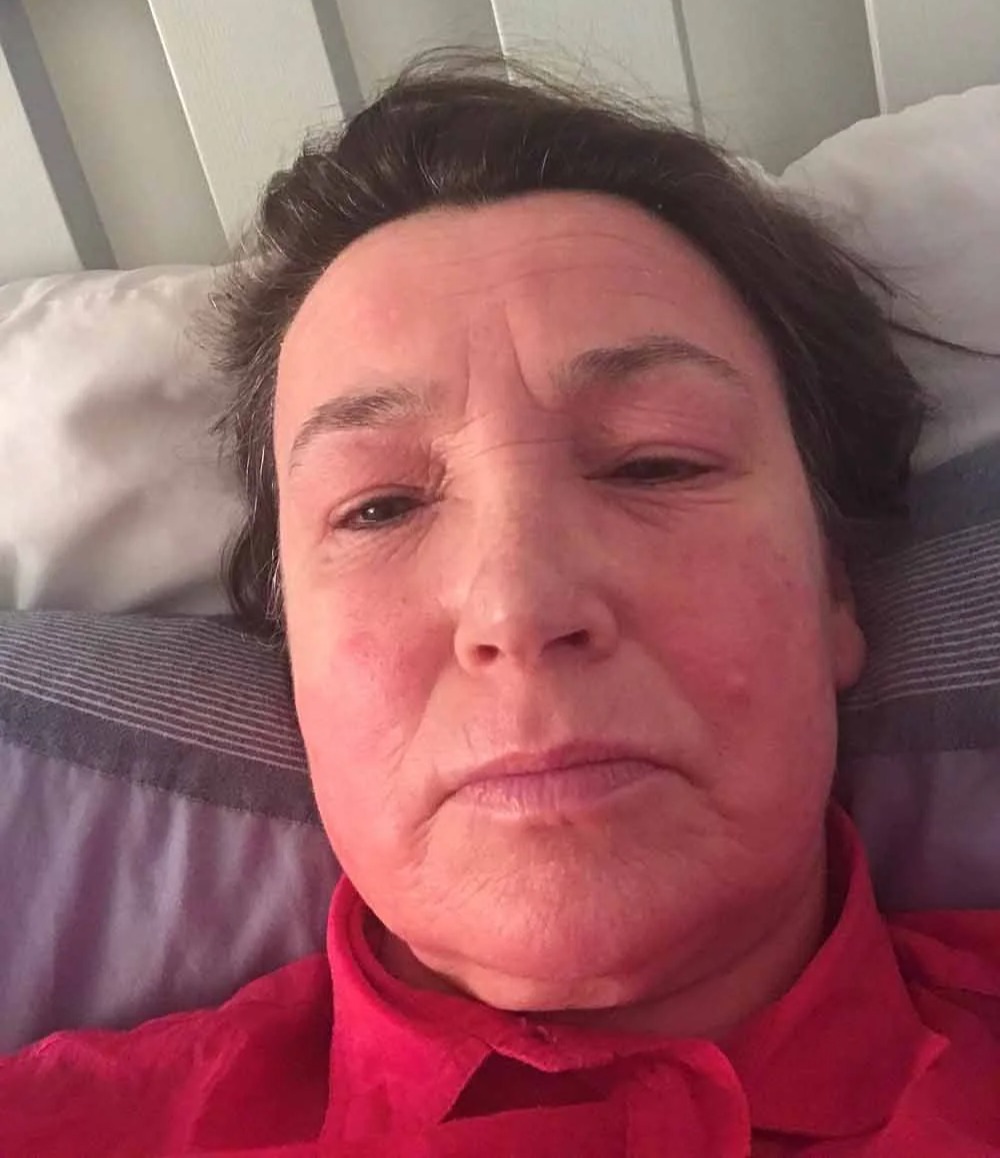 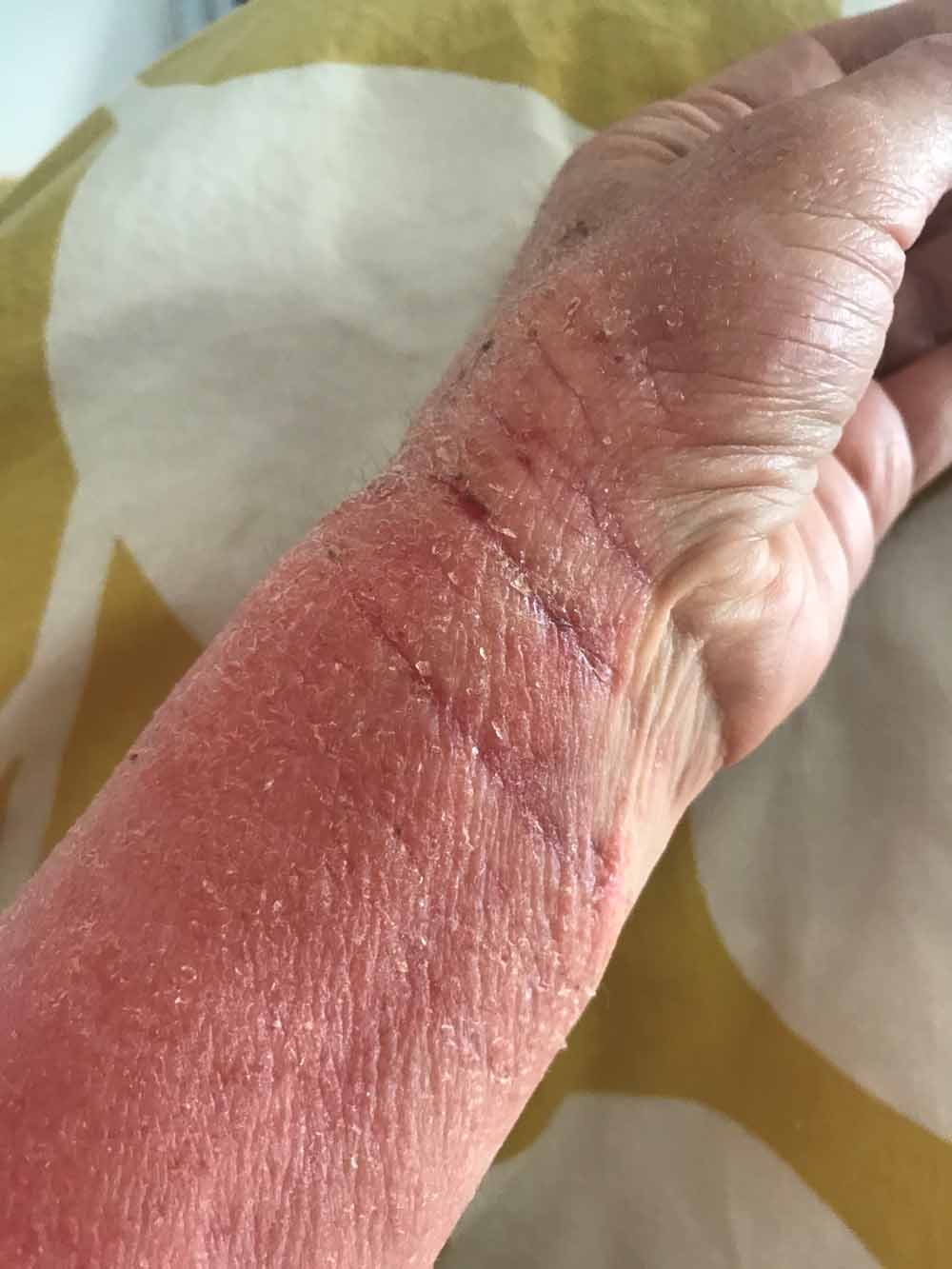 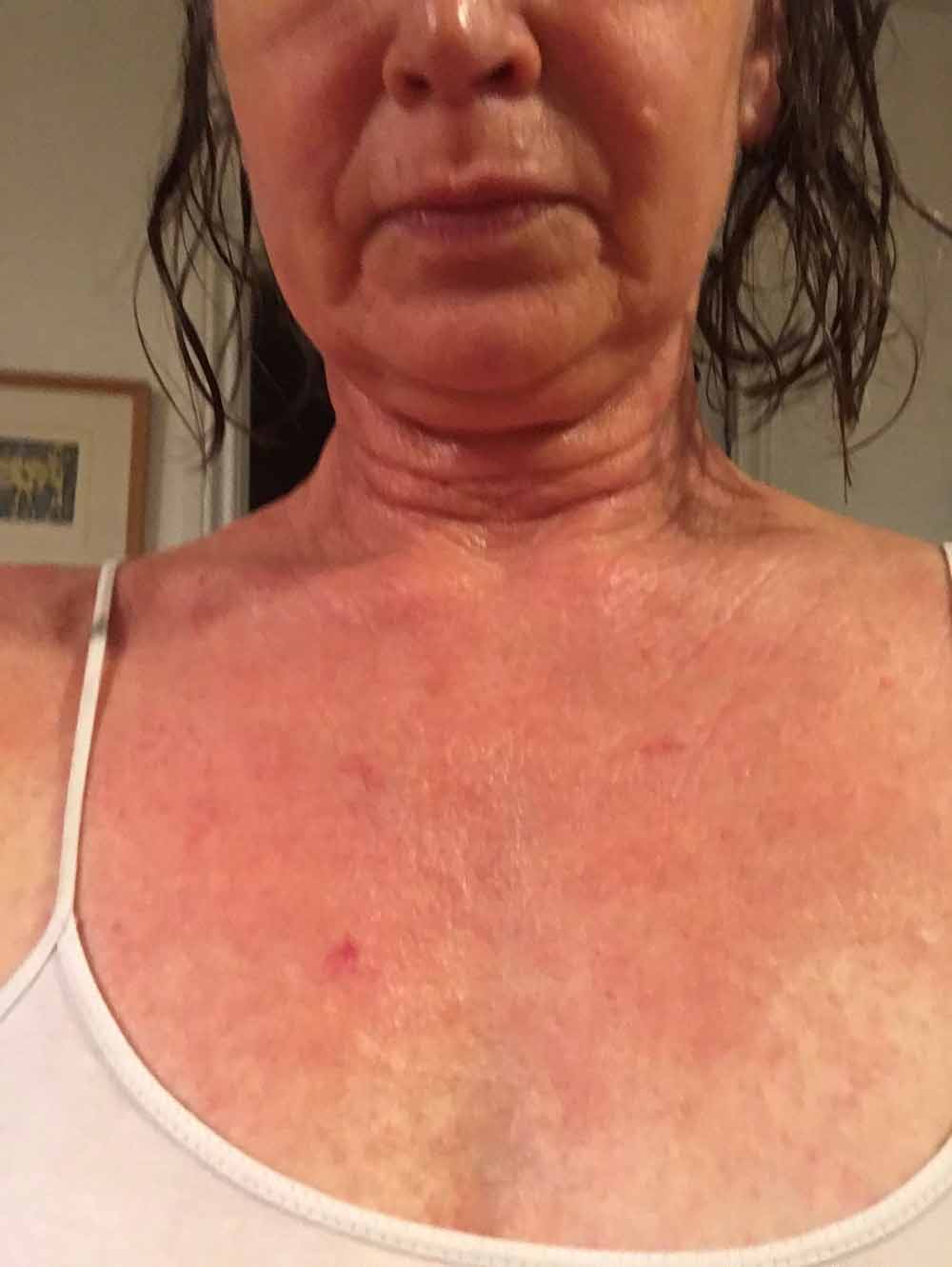 Nicky, who lives on the Wirral with her husband Simon and their 19-year-old daughter, said her skin sheds like a snake would.

The secondary school teacher believes her skin has become addicted to steroid creams.

She was first prescribed corticosteroid ointments for little patches on her arms and legs over four decades ago.

Nicky suspected that the creams were no longer working for her and read up on withdrawal symptoms. 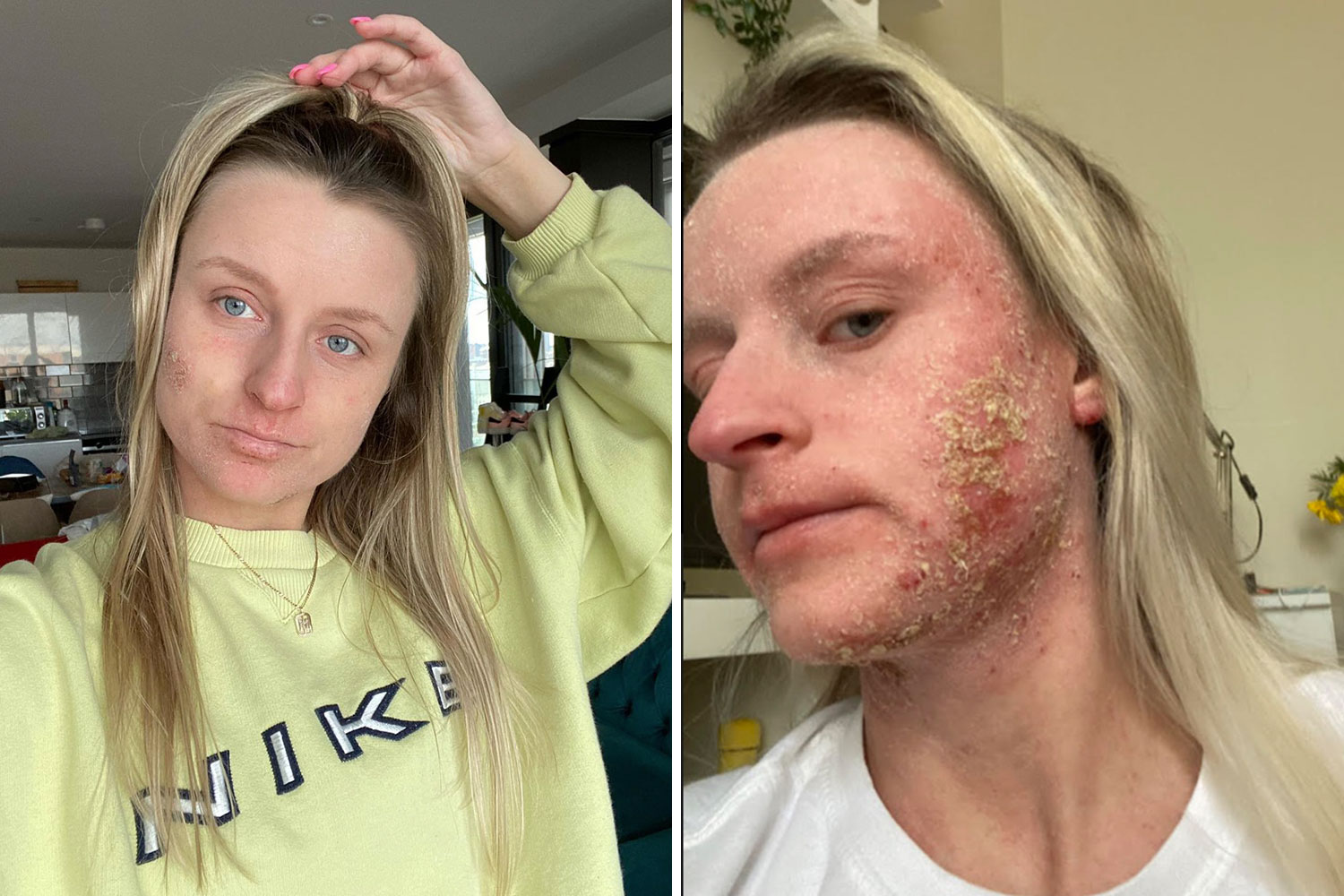 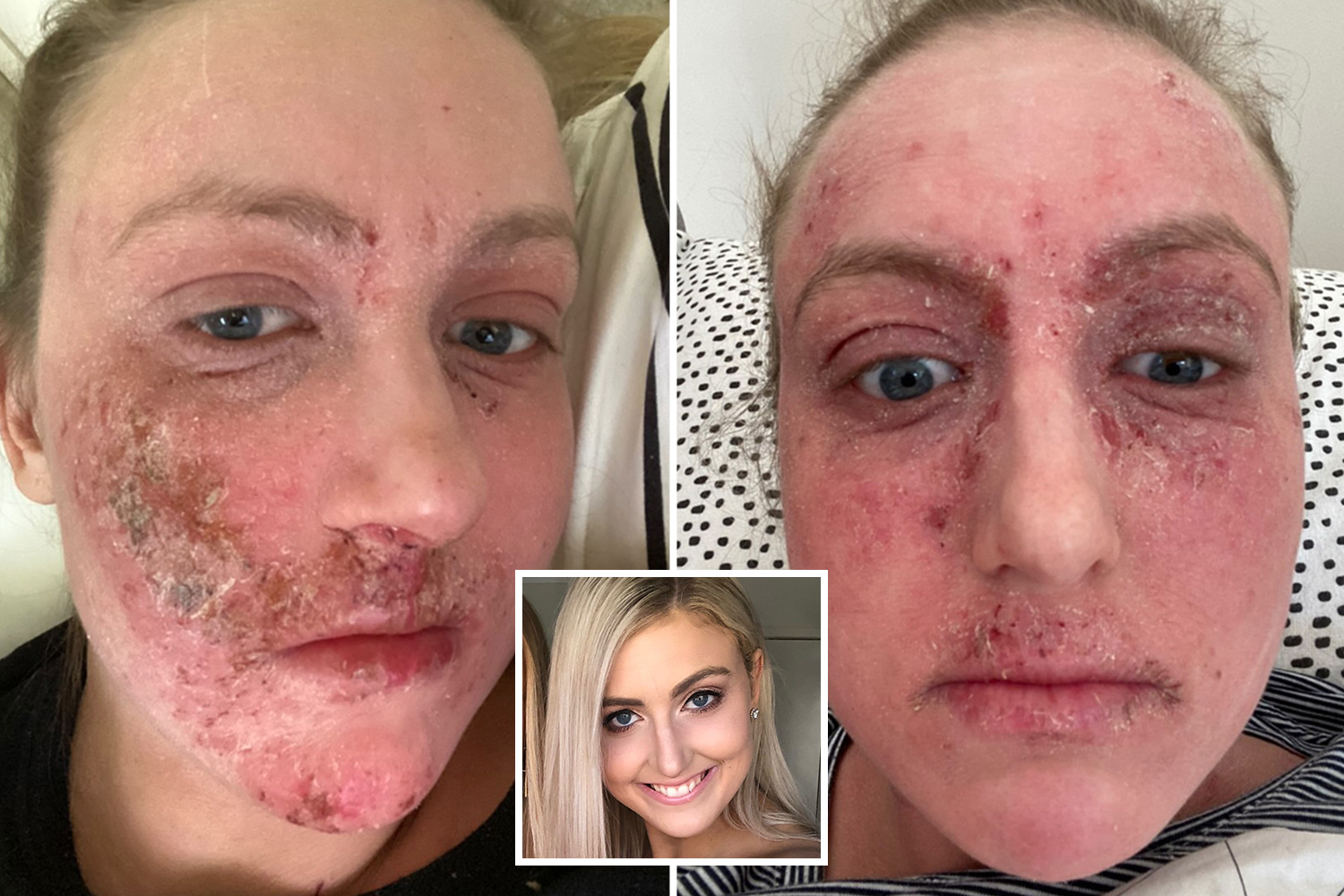 I was bed-bound after ditching eczema steroids, my skin was oozing & cracked

She was shocked to discover that topical steroid withdrawal (TSW) has been known to cause side effects such as burning, weeping and peeling skin, to insomnia, fatigue and depression.

The mum had previously come off the medication before, but knew that stopping and starting only made things worse.

So in January 2021 she decided to go 'cold turkey' – taking herself off the creams altogether.

Unable to stop herself scratching her itching flesh at night, she still regularly wakes up covered in blood and with her sheets full of skin flakes, which she uses a small handheld vacuum cleaner to suck up every morning. 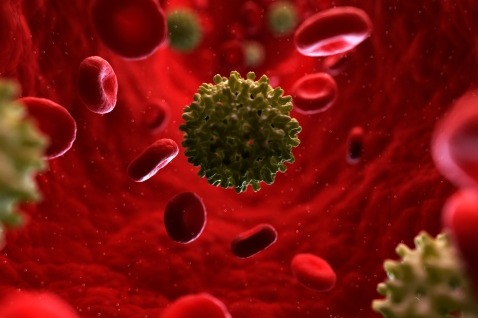 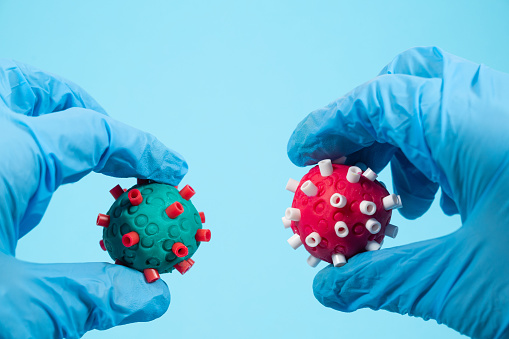 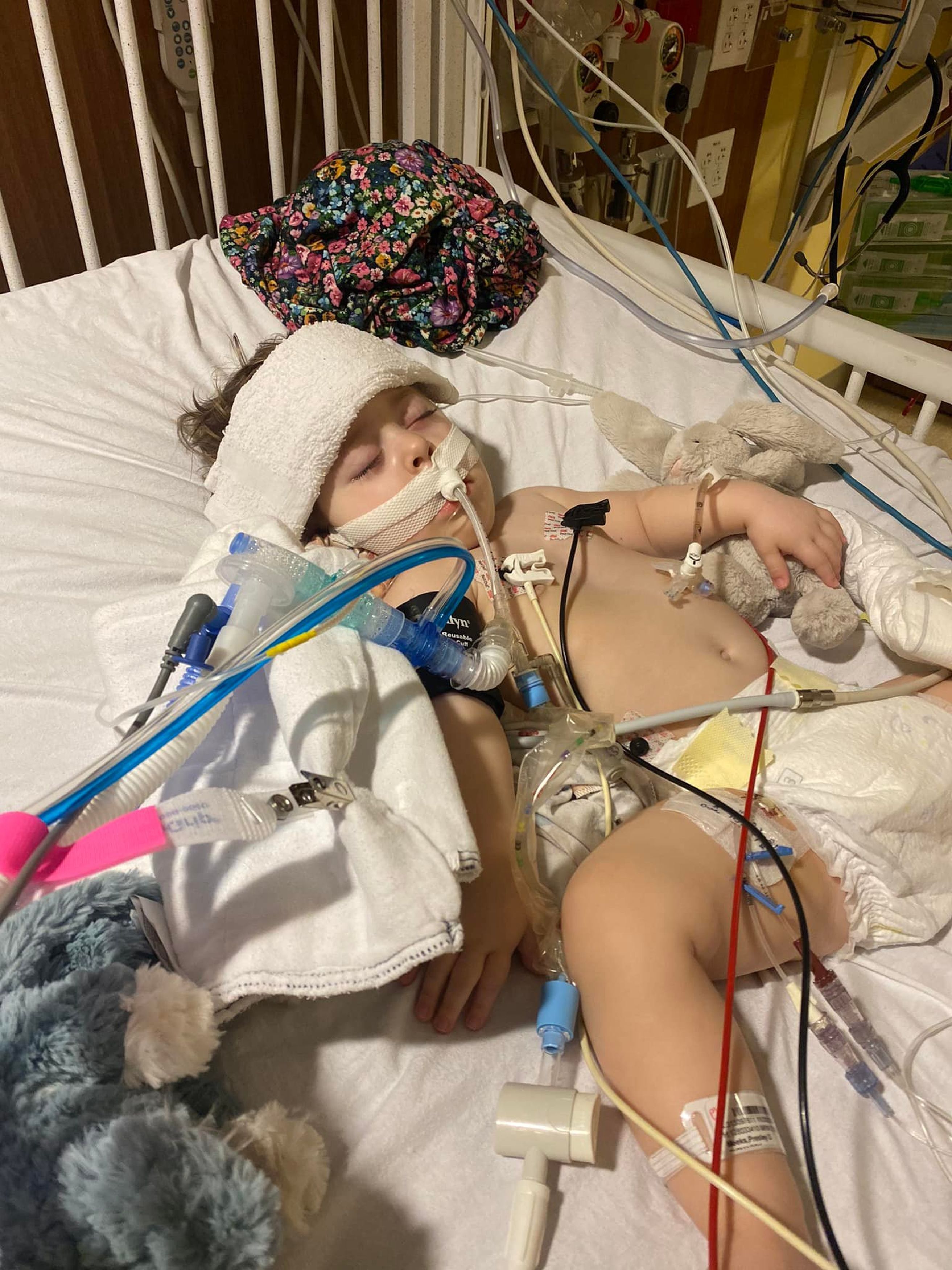 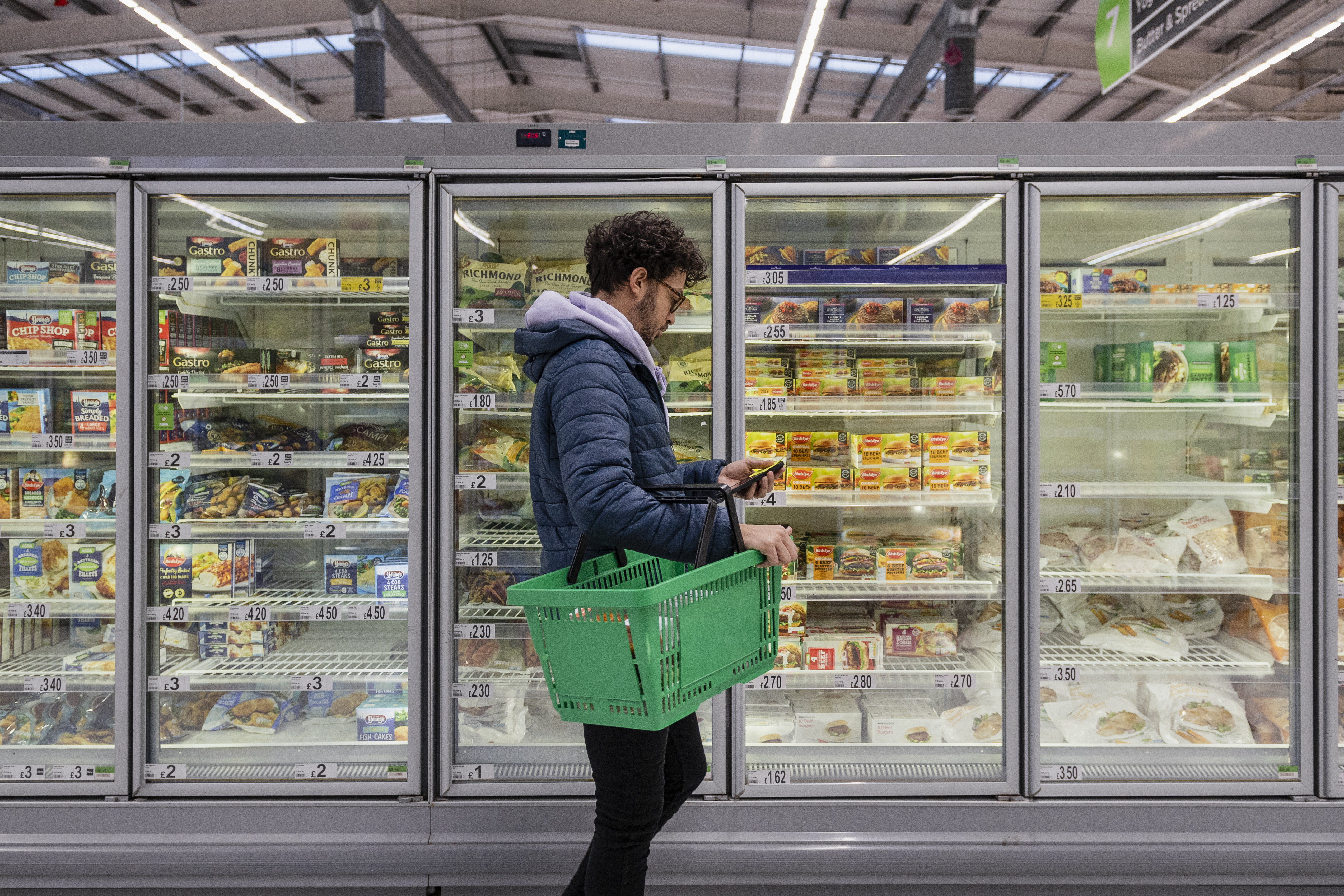 She said: "Every time I went to the doctor for my eczema for decades they’d prescribe steroids and I’d use them.

“The cream would clear up the eczema quickly then I’d stop using it and my skin would just get even worse. It was peeling, shedding, crusty and red.

“It was only when I read about TSW that everything clicked into place. It was actually withdrawing from the steroids that was making me ill."

During the last 15 months Nicky's symptoms have sadly gotten worse, but she hopes that with time, they will improve.

Nicky has centred her whole life around her condition, altering her diet and lifestyle.

Steroid creams had been part of her daily routine and had managed to control her flare ups.

I feel like I’ve aged about 30 years in the last year. My skin is now thick and wrinkled

But in early 2020 she had an episode that spread right to her face.

She said her GP prescribed her another steroid cream.

“Using the cream yet again my face healed up fast. But, within just a few days, it came back.

“I knew then that the creams weren’t doing what they should. I got myself in a right state", she said.

But after initially coming off the lotions she felt much worse and realised this wasn't eczema.

Nicky said: “I read about the scabbing, oozing, redness, swelling. It was exactly my symptoms. I had all of it.

“I realised then that this wasn’t eczema. This was a response to the way I’d been told to treat that issue and was a hundred times worse."

She eventually decided that the only way to get through the pain was to come off the creams and to do things that will speed up the process when it comes to them being out of her system.

WHAT IS TOPICAL STEROID WITHDRAWAL?

The potentially debilitating symptoms of TSW can include:

“I went without any moisturiser at all for three or four months.

“It was really hard but, luckily, I was off work in lockdown. My skin was super dry and flaky but then did start to get a bit better.

“I also reduced washing. I wash the important bits every day but have a shower maybe twice a week.

“It's all an attempt for my skin to start finding its balance again.”

She now has cycles where her skin improves for some time and then gets worse again.

She said: “I feel like I’ve aged about 30 years in the last year. My skin is now thick and wrinkled.

“As no one knows how long this will last, I could well be nearly 60 by the time I get through this. But I just have to keep on going.

“I’m hopeful that at the end of this process I will have just my original little bits of eczema.

“Even though withdrawal is horrible and terrifying, I can’t be stuck in this cycle of steroid use. I would much rather go through this and come out the other side with clear skin.”

Until the side effects clear up, Nicky is using Lyonsleaf Zinc and Calendula cream to help with her weeping skin.

She now wants to make everyone aware of TSW and the impact it can have on your quality of life.

"I want anyone using steroids to get clued up on the symptoms. We should all know what could potentially happen", she added. 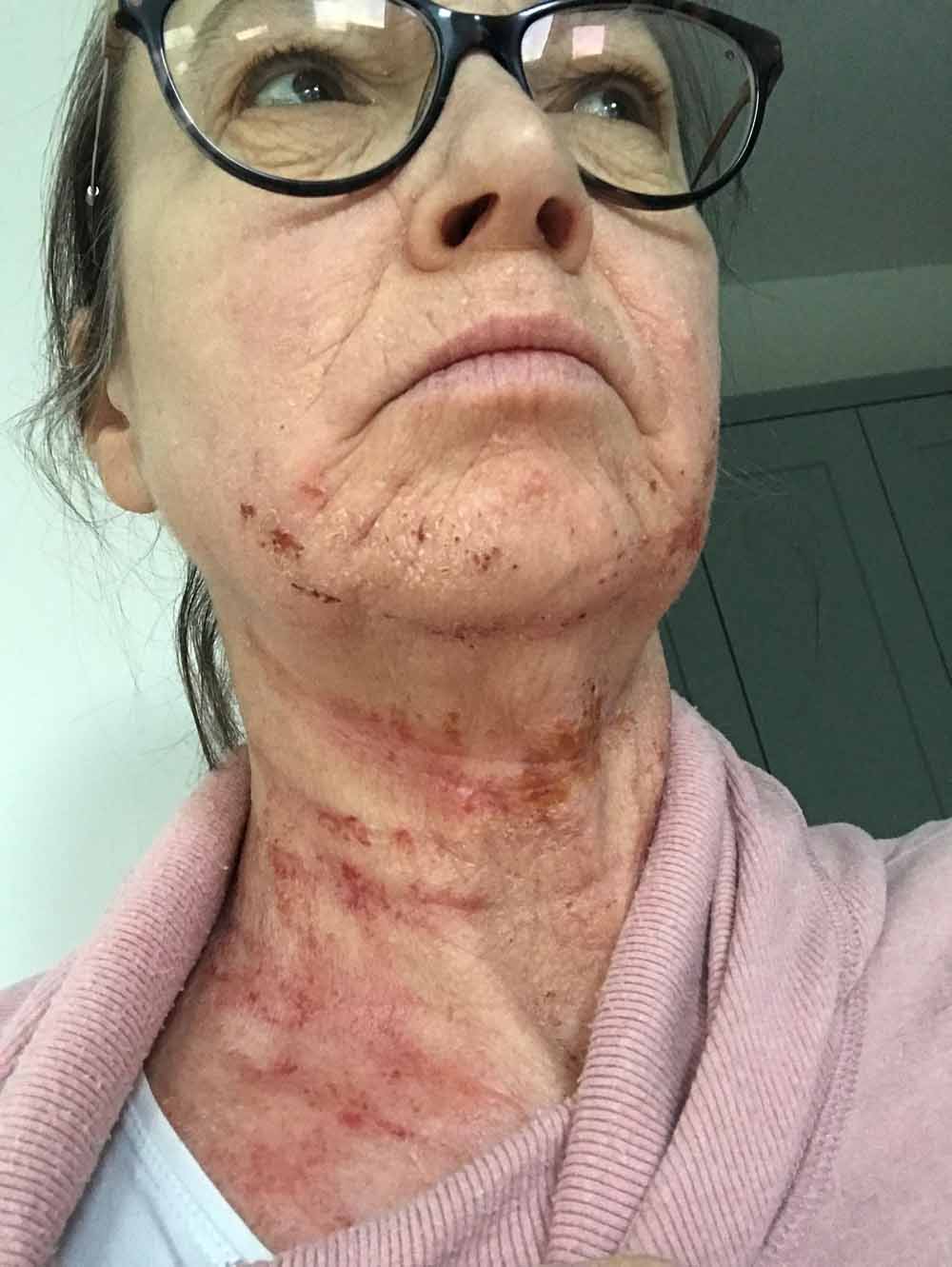 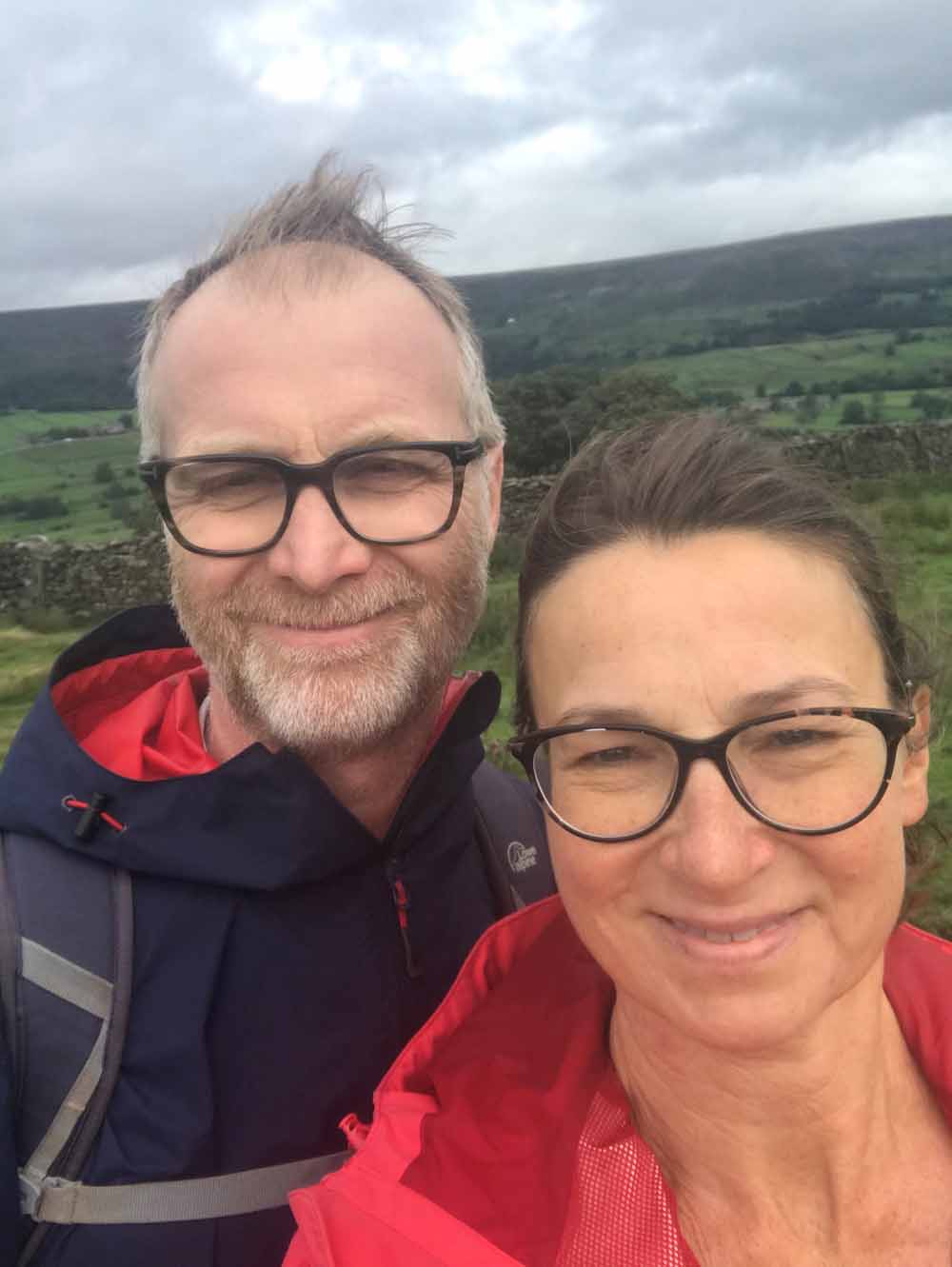