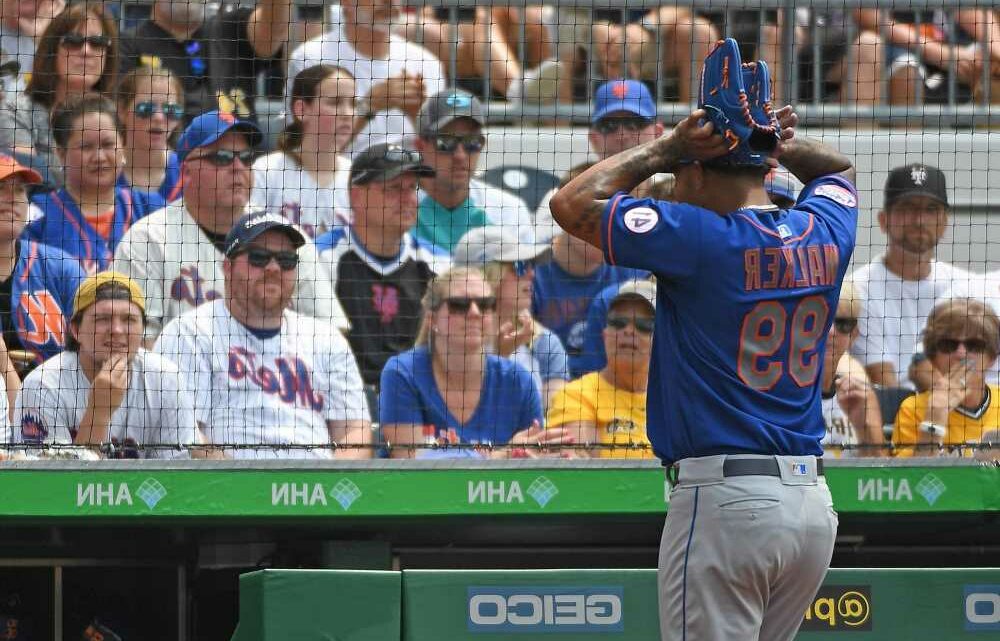 Taijuan Walker might have packed more action into his one-third of an inning of work Sunday than his entire All-Star break.

The first-year Mets right-hander, fresh off his Midsummer Classic debut, dug a deep, early hole for his teammates from which they ultimately emerged Sunday afternoon for a thrilling, 7-6 victory over the Pirates at PNC Park, avoiding a Pittsburgh three-game sweep. The quick outing featured one of the nuttiest plays you’ll ever see, a moment that would have symbolized this club’s alarming plummet if not for the comeback and instead can now be remembered somewhat humorously.

“I sucked today,” Walker said, “but the team, the hitters picked me up and especially the bullpen too.”

Talk about pickups … the Pirates already put Walker on the ropes, building a 3-0 lead in the bottom of the first inning with the bases loaded and one out, when eighth-hitter Kevin Newman sent a swinging bunt down the third-base line. It started foul, which explains why Walker went after it with his glove, but it spun back to hit the foul line. It’s less explainable why he shoveled the ball a few feet away from him, which created a problem when home-plate umpire Jeremy Riggs ruled the ball fair and even less so — beyond the “heat of the moment” defense — why Walker stood and argued with Riggs rather than pursue the ball. The sequence, reminiscent of a similar brain cramp Mets pitcher David Cone experienced in 1990, resulted in all three Pittsburgh runners scoring, doubling the home team’s lead to 6-0. Mets manager Luis Rojas, normally mild-mannered, exploded as he drew an ejection and might draw further discipline for bumping Riggs.

“Obviously I thought it was foul. It was so close,” Walker said. “It is what it is. It’s over with. We won the game.”

Explaining his thought process, Walker said, “I flipped the ball. I was just trying to get it out. It was so close. I just flipped it out and I thought I flipped it in the dugout. I didn’t even realize it was still in play. It was one of those plays that just happened. Crazy play.”

“The boys picked me up, everyone,” Walker said. “I’m gonna get into my five-day routine now and I’ll be ready for the next one.”

He clarified, when asked about being off his routine, “I don’t want to make any excuses. It was my day to start, I have to go out there, I have to be better. I’ll be better next time.”

Especially with Jacob deGrom on the injured list, that would be therapeutic for the Mets, who you’d think can handle only so much drama.