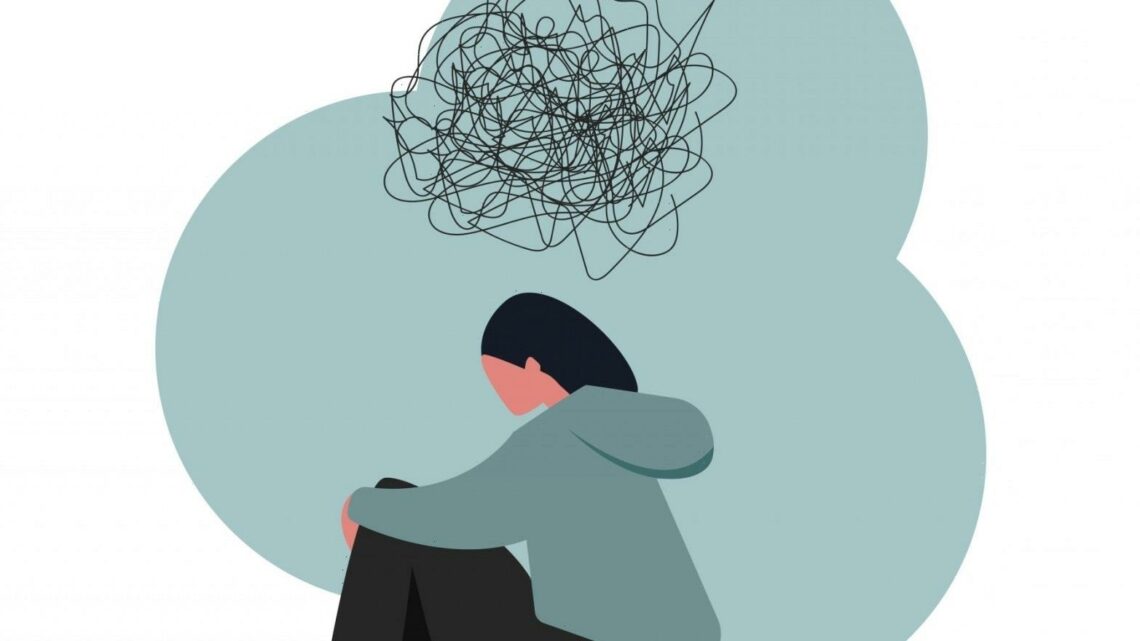 Paris, 22, spent three weeks on a psychiatric ward last March after taking an overdose amid mental health struggles. Here she recounts her fears, frustrations and the life-changing lessons she’s learnt a year on.

“I was alone when I was taken into hospital. It was very early in the morning, I think, but the details are still quite hazy. I’d taken an overdose after weeks of struggling badly with my mental health and failing to receive the level of support I needed. To the people around me, it came as a shock as it was outwardly a really good time in my life. I was working at a dance company in London as part of my university placement year, doing what I loved every day, but inside I was crumbling.

I was getting over a year-long harassment and stalking case, which ended in assault. Before that, my mental health had already been a daily struggle (I was diagnosed with anxiety and depression at 15 and bipolar disorder at 20, and often experience a mixed bipolar state, which is when I experience symptoms of mania and depression simultaneously). But the case had caused it to dip massively. It got to the point where I was finding it hard to believe that it was worth being here – and I just couldn’t get out of that dark place.

Looking back, there were warning signs. Bipolar episodes tend to start with small things like not sleeping enough, not eating as well I should and not feeling motivated to exercise. I tend to become incredibly busy, trying to distract myself from how I feel and masking my poor mental health with productivity. I also have physical reactions – I literally break out in hives when I’m feeling overwhelmed, and so I try to hide that with make-up.

All this feeds into something I’ve heard countless times: ‘How can you be struggling when you look like you’re doing so well?’ Even when I was in hospital, my medical notes said ‘she presented herself well, she was well-dressed, she had make-up on.’ I think a lot of professionals have it drilled into them what a crisis looks like, and I don’t fit that image.

I’d reached out to my GP for support, but the waiting list for referral was months long. I knew it was getting bad, but it almost felt like I wouldn’t get the support I needed until I had reached crisis point. And I was right.

When I arrived at A&E, I spent a long time being assessed and speaking to the mental health team. Eventually, they laid out the options for me: “You can choose to go into a psychiatric ward or you can wait to speak to the home treatment team, but we feel like you need to be in hospital right now.” I was told there was a difference between an informal and a formal sectioning, and this was informal, but it felt like a fine line – if I didn’t agree, would they make me go anyway? It seemed like the answer was yes.

When seeking help, Paris was often told that “she looked well” and didn’t appear to be in crisis.

I spent three weeks in total as an in-patient. I had a lot of preconceptions about what a psychiatric ward would be like, mostly from films and TV. I was scared I’d be forced to do things I didn’t want to do and there wouldn’t be many open conversations. I thought I’d have an entire day of activities – there definitely was structure, you eat at set times, you take your meds at set times – but mostly I was left to do my own thing. I arrived in hospital without any of my belongings, so after a day they let me go home to pack a bag, with the warning that if I wasn’t back by a certain time someone would come looking for me. I was still pretty out of it at that point, but I knew I was lucky – I saw how the other women on the ward struggled not having some things from home.

It wasn’t long before I lost all concept of time and the outside world. Although we were allowed outside during the day, I mostly felt too nervous to leave my room. I slept a lot and read: Matt Haig’s Reasons To Stay Alive really helped me, as did poetry by Lang Leav when I couldn’t concentrate on dense text but wanted to preoccupy my brain. I had my phone intermittently – we weren’t allowed them in our rooms at night in case they disrupted our sleep – but most of my friends and family didn’t know where I was and I didn’t feel ready to tell them. There was a lot of shame there.

I also had no real understanding of the pandemic, as I’d gone in a week before the first lockdown. Suddenly we weren’t allowed visitors and the staff told me I needed to prepare myself for how different life was outside – that people were dying, that you had to queue for supermarkets – and I just couldn’t comprehend it. I’d think, ‘You’re being dramatic, it can’t be that bad.’

In the beginning, I honestly thought I’d be on the ward for three or four days, but my release date kept getting pushed back. One time I’d got as far as packing up all my stuff, having my discharge meeting and receiving my take-home medication, only for nurses to come into my room and say, ‘Are you sure you want to be discharged? Is that what you really want?’ It planted a seed of doubt in my mind, so I stayed. That was disappointing. The longer I was there, the more I started to feel institutionalised. There’s a lot of chat on the ward like, ‘Maybe you’ll be out soon!’, which is well-intended but gives you false hope.

A couple of weeks in, I was given a new diagnosis: Emotionally Unstable Personality Disorder [(also known as Borderline Personality Disorder). The staff were really apprehensive to tell me at first because of the stigma and stereotypes associated with it: being manipulative, impulsive or aggressive, it not being a ‘real’ mental health issue. They knew I’d go away and google it and feel bad about myself, but they didn’t do much to counteract that false information either. I disregarded my EUPD diagnosis for a while because I didn’t understand it, but when I spoke to other people who had it, things started to click into place. It turns out there are nine symptoms of EUPD and you only have to have five out of the nine to be diagnosed – so there’s no one-size-fits-all approach.

Being released into a Covid world was overwhelming because I had no experience of the build-up. Everyone else had the moment of watching the government broadcast and reacting to the lockdown in real time. I found out that my two housemates had both gone back to their family homes to isolate, so I had to return to an empty flat on my own. The journey home was surreal, seeing people in masks, the streets quieter than usual.

Paris is studying for a dance degree. “When I lose the motivation to move my body, that’s a warning sign,” she says.

At first, I was worried about whether I would be able to deal with the loneliness and keep myself safe – after three hours back in the flat, the silence was deafening. At first, I mainly felt relieved that I wouldn’t have to explain where I had been. But actually, lockdown gave me the time I needed to heal and focus on looking after myself – I took it slow, made sure I was eating well and going for a daily walk, which probably wouldn’t have been the case if I’d been released back into the whirlwind of work and life. If I hadn’t had that slowdown period, I’m not sure I’d be where I am today.

A year on, I’m very open and optimistic about what I’ve been through. My mental health is still a daily struggle, but I know how to look after myself and I know my warning signs. I feel like I’m a completely different person coming out of this pandemic. I can now speak to my friends and family without feeling ashamed, and that’s the important thing for me – my whole mindset about having a mental illness has changed, because I don’t think you can fully recover without being honest and the bottom line is I never want to end up in hospital again.

I also have the most amazing therapist. I’ve had therapists in the past who focused on my diagnoses and my past, but she taught me to take back my power and focus on me, a person who’s not defined by their illnesses or by what’s happened to me. I know that I’m in control of whether or not I end up in hospital now; my actions will determine that, and that’s a really powerful feeling.”

If you, or someone you know, is struggling with their mental health, you can find support and resources at mental health charity Rethink Mental Illness or access the NHS list of mental health helplines and organisations here.

If you are struggling with your mental health, you can also ask your GP for a referral to NHS Talking Therapies, or you can self-refer.

You can also call the Samaritans in the UK on 116 123 or email jo@samaritans.org for confidential support.