Home » Lifestyle » ‘If we are provoked we will respond’: China goes on offensive over treatment of Uighurs 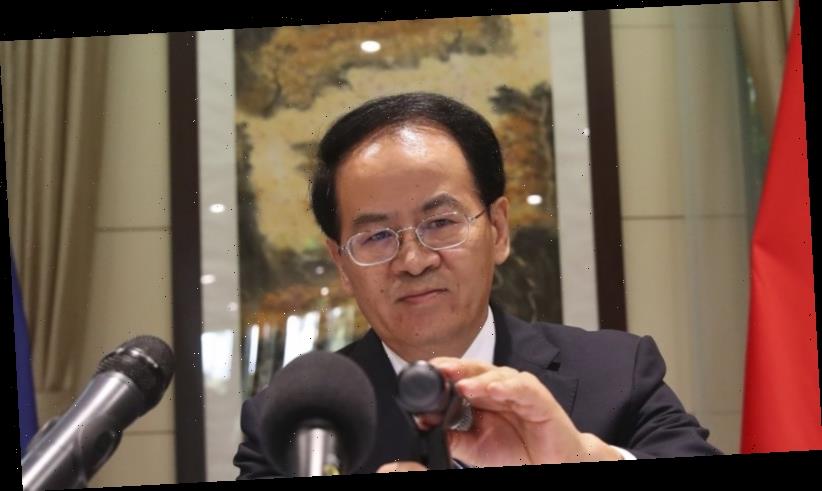 ‘If we are provoked we will respond’: China goes on offensive over treatment of Uighurs

China’s ambassador to Australia has told Canberra to stop criticising the country over human rights abuses in Xinjiang, saying nations should be under no illusion that Beijing will respond to any provocative actions that meddle in its internal affairs.

Cheng Jingye said he hoped relations between the two countries could be “put back on track”, but warned “if we are provoked, we will respond in kind”. 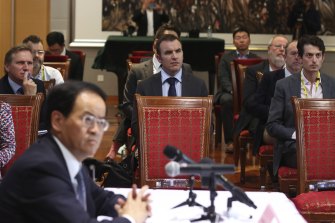 Journalists watching a video during a press conference with Chinese ambassador to Australia Cheng Jingye.Credit:Alex Ellinghausen

Mr Cheng made the comments during a two-hour press conference at his Canberra residence where senior Chinese officials and Uighurs were beamed in from Xinjiang to argue the rising criticism of China’s re-education camps were based on “Western lies”, “fabrications” and “anti-China forces”.

The charm offensive on the Australian media came after months of growing international condemnation over the treatment of Uighurs in the far-western province, with a BBC report earlier this year airing first-hand accounts of systematic rape, sexual abuse and torture in the detention camps.

The Biden administration is considering a joint boycott of the 2022 Winter Olympics in Beijing in response to China’s “egregious” human rights violations, while the United Nations is holding negotiations with China on gaining unfettered access to the region to verify reports that Uighurs are being persecuted.

China has imposed more than $20 billion on Australian exports over the past year – including coal, barley, beef, lobster, timber and wine – after the Morrison government pushed for an independent inquiry into the outbreak of COVID-19. Prime Minister Scott Morrison and his senior ministers have been unable to talk to their Chinese counterparts over the phone for more than a year.

Mr Cheng on Wednesday blamed Australia for the current deterioration in relations between the two countries, saying “the difficulties were not initiated by China”.

“Any people or any country should not have any illusion that China would swallow the bitter pill of interfering or meddling in China’s internal affairs and trying to put so-called pressures on China,” he said. “We will not provoke, but if we are provoked, we will respond in kind.”

Mr Cheng said he hoped to see Australia work with China “in the same direction so that this important relationship can be put back on track”.

Mr Cheng said Australia’s claims were “based on fake news” and he hoped it returned to an “objective and rational way” of looking at Xinjiang.

”We reject those allegations which we think is based on fake news, irrelevant stories that make up by certain anti-China forces,” he said.

The media event at the ambassador’s residence went for 75 minutes until questions were allowed, with five videos played to demonstrate the benefits of China’s development, counter-terrorism and family planning policies in Xinjiang. While officials and Uighur members of the community repeatedly said reports of human rights abuses were falsified and based on lies, they did not once disprove the reports.

One Uighur woman said she had previously held extremist views, but going to a re-education camp had made her more “outgoing and angelic”.

The Chinese government has consistently denied estimates that there are about one million Uighurs detained in Xinjiang. Asked for the exact number, officials twice declined to answer the question, but said the one million figure was “just fabricated”.

James Laurenceson, director of the Australia-China Relations Institute, said the fact the embassy held the event points to an “ongoing sensitivity about the international ramifications of Beijing’s extra-judicial repression in Xinjiang and that it hasn’t given up on trying to moderate criticism”.

“Government propaganda will also cite it as an example of China’s ‘openness’ in the face of ‘unfair’ overseas attacks,” he said.

“But as long as Uighurs are surveilled and punished for speaking out, and journalists, foreign diplomats and international agencies are only given stage-managed access to Xinjiang, it’s hard to imagine these latest moves will be effective in defusing tensions between China and a growing number of other countries concerned by human rights abuses.”

The Lowy Institute’s China specialist, Richard McGregor, said the weight of reporting on Xinjiang has been building for two years and China’s ”propaganda pushback” has only properly been put in place over the last six to 12 months.

“It’s a full court press globally for China to put its case,” he said. “In this case, the audience in Australia is Australians. But we’re not the main game.”