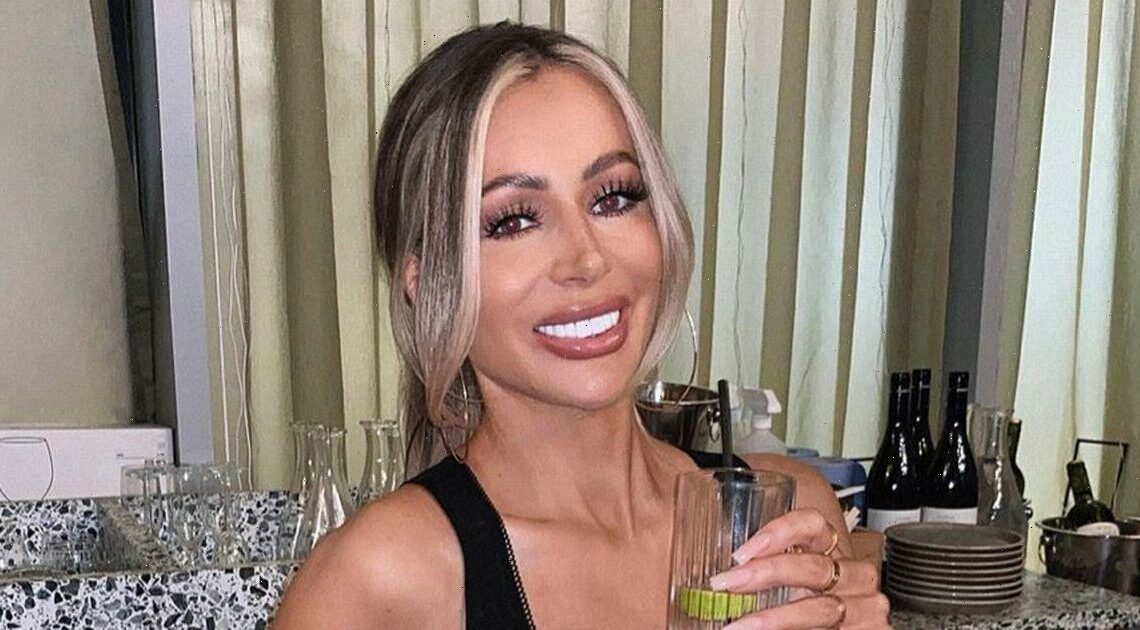 Olivia Attwood unveiled her new finger tattoos before entering the I'm A Celebrity… Get Me Out Of Here! jungle, with the new inkings being the latest to join her growing collection.

The former Love Island star, 31, who wasforced to leave the jungle after just 24 hours due to medical concerns, has a number of small inkings across her body, including two sweet tributes to her footballer fiancé Bradley Dack, 28.

Olivia showed off her new finger tattoos in October after deciding to get her left hand tattooed while on a trip to London.

Taking to Instagram to reveal the exciting news, Olivia shared a snap of herself at the London Social Tattoo parlour as an artist got to work and took a tattoo gun to her hand and fingers.

She then unveiled the finished designs on her Stories, and showed that she’d gotten a small moon and various other line markings tattooed on her fingers.

Olivia's hand tattoos join her growing collection, which includes two small inkings on her wrist and two on her arms.

She got a tiny red heart inked on her wrist in 2018 followed by the number 23 a few months after. 23 is her boyfriend Bradley's jersey number.

Also on her left arm is the words 'born wild', while on her right bicep she has the word 'gang' tattooed.

On her bikini line she also has more writing in the same style, but it is unclear what it says and Olivia is yet to reveal what it says.

In 2021, Olivia unveiled a second tattoo tribute to Bradley, with the couple heading to get matching tattoos showing the date of their engagement.

Olivia has '12.10.19' written across the inside of her wrist in red ink, while Bradley has Olivia's initials – O.J.A – alongside the same date in black ink.

Earlier this year Olivia surprised fans as she revealed she has a secret "tramp stamp" tattoo which no one had seen since she was 15.

She detailed a night out where the tattoo had come out as she suffered a wardrobe mishap, and added: "And I have a tramp stamp tattoo that no one's seen since I was 15. Everyone's seen it now."

Explaining why she got the tattoo done to begin with, she continued: "I got it because Nicole Richie had it. I printed a picture of it off the computer and took it to the tattoo shop."

Olivia later shared a snap of the inking on her Stories, as she moved her underwear a little to reveal a cross-shaped tattoo right above her bum.