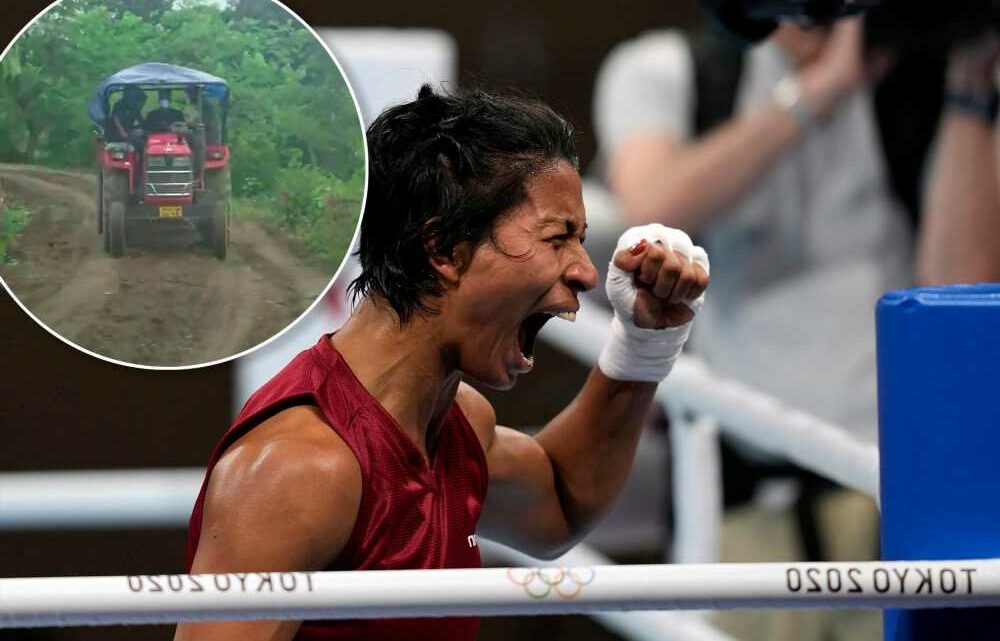 US baseball gets a shot at gold — and revenge

A rough road to the Olympics just got a lot smoother for one medal winner.

Some Olympians are lavished with cash, houses and endorsement deals following podium wins, but Borgohain hails from the rural Assam region deep in India’s northeast and her home is only accessible via a dirt road that turns to mud when it rains, VICE reported.

“We are now busy ensuring that it is repaired before she returns from Tokyo,” said Biswajit Phukan, an official with India’s ruling Bharatiya Janata Party (BJP), the Hindustan Times reported . The work is being done on the 2 mile stretch that connects the athlete’s family home and the main road leading out of the village he said.

The boxing champ’s father Tiken Borgohain said his daughter’s win is “a gift for the entire village,” Vice reported.

“It’s a village road, so it keeps getting wrecked every time it rains. It’s been like this for as long as I can remember.

“Sometimes, it would be riddled with potholes. I’ve taken my kids on my motorcycle on that road, and it was impossible to ride on.”

The 23-year-old’s third-place win on July 30 is one of only five medals India has scored so far in Tokyo and the third boxing medal overall in the country’s less-than-glamorous Olympic history, which impelled local officials to celebrate the success in a practical but meaningful way.

Borgohain’s win has been widely celebrated and she even got a shoutout from country’s President Ram Nath Kovind.

“With your hard work and dogged determination, you have done the nation proud,” he wrote on Twitter.

“Your Bronze medal in boxing at the Olympics Games will inspire the youth, especially young women, to battle with challenges and turn their dreams into reality.”

The boxer replied by thanking the president for his “encouraging words.”

“I shall strive harder and try to bring more glory to the country,” she said.

How many die from drugs in YOUR area? England and Wales' most deadly areas revealed as Blackpool tops the list