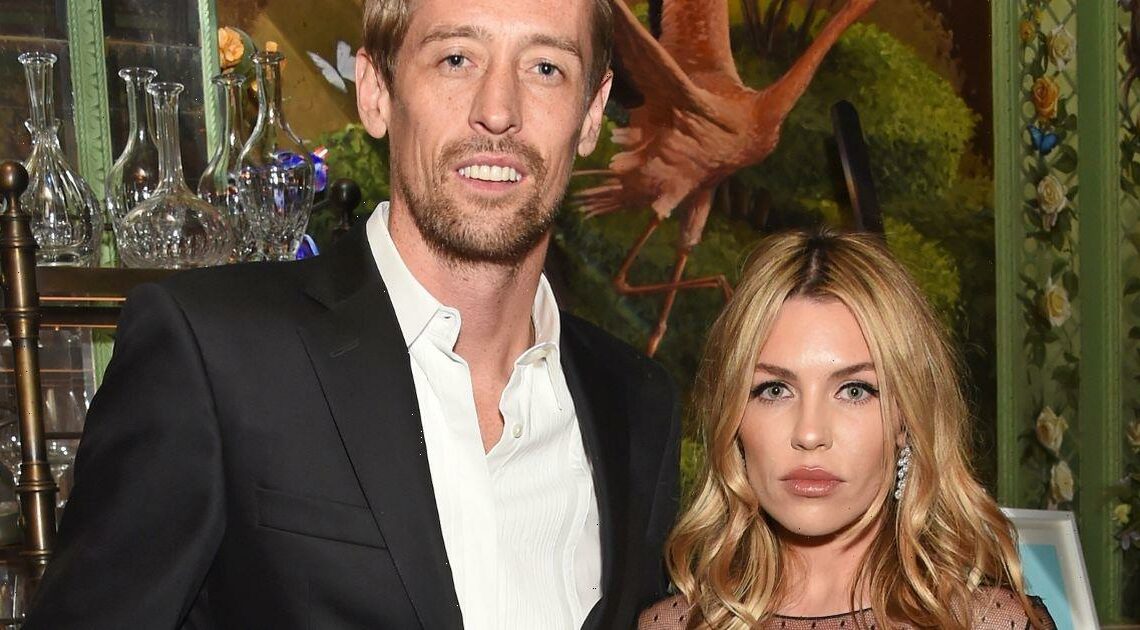 Model Abbey Clancy, 35, and her footballer husband Peter Crouch, 40, have thrown their adorable son Jack a fun birthday party as he turns two.

The tot enjoyed a garden party at Abbey and Peter's Surrey mansion, and it looked like the doting parents pulled out all the stops.

In the garden, mum-of-four Abbey shared a look at an impressive soft play area which had been put in the space.

Abbey wrote in the caption: "Had the best few days celebrating Liberty and Jack's birthdays. Thank you @thekidscorner."

The huge play area looked like a child's paradise, with various different sections, including slides, rocking horses, toy towers and a ball pit.

Abbey and Peter had lots of kids round to their huge home to enjoy the celebrations, and their kids joined in too – Sophia, Johnny and Liberty.

Little Jack looked adorable as he posed with chocolate cake on his face by a big green balloon arch and helium 'two' balloon.

Of course no fun is complete without an ice cream van, and Abbey's daughter beamed as she held onto a sweet treat with a colourful cone, courtesy of Pop Ice UK.

The famous couple also made sure the adults had fun too, and hired the help of a pop-up whisky.

Abbey looked as glamorous as ever as she posed in shorts and a white T-shirt with her arm wrapped around hubby Peter next to the bar.

Also set up for the adults was a beautiful table outdoors to allow those attending to dine al-fresco from stunning Christian Dior tableware.

Peter looked delighted as he posed with his two boys on a slide coming out of an impressive treehouse.

Peter took to Twitter to share the news that his son Jack had been born, back in 2019.

He shared a sweet snap of the newborn on Twitter, and playfully penned: "Our beautiful baby boy was born Monday 3rd June mother and baby Divock Samrat Crouch are doing well."

He then followed up by saying: "Our boy is beautiful the name is still to be clarified unfortunately Abs not going for Divock Samrat."

Peter and Abbey's celebrations for their adorable son comes after the footballer said to OK! that having four children was a "ridiculous decision."

When asked whether he'd be having more children with Abbey, Peter said: "God no! [Laughs] Don’t ever have four. It was a ridiculous decision – one that I love and wouldn’t change for the world – but it’s tough."