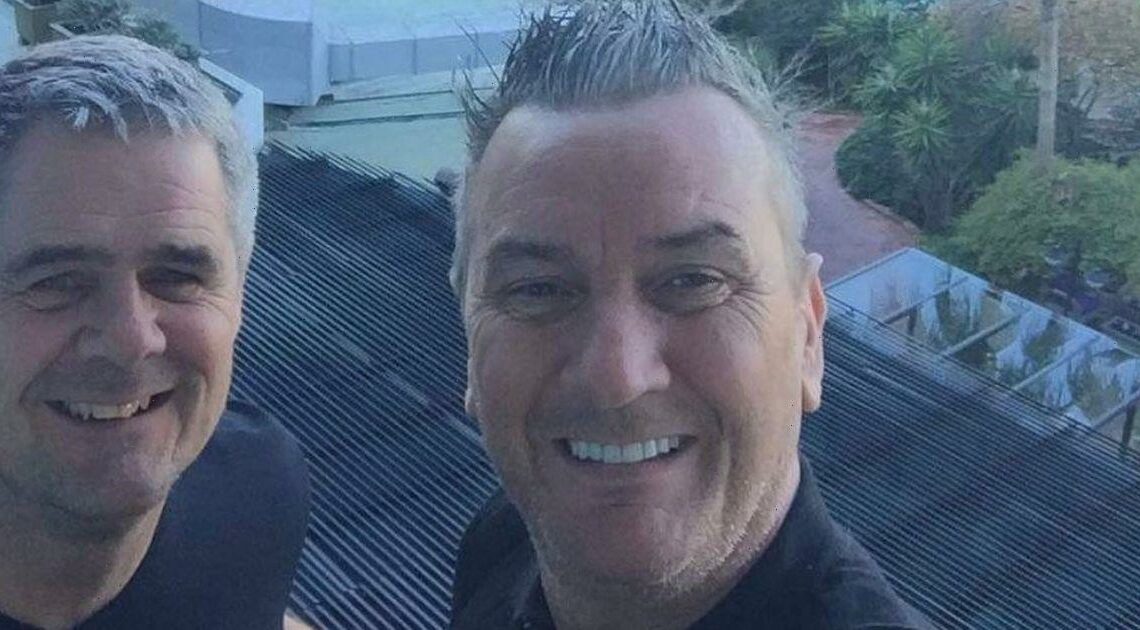 Gogglebox favourite Lee Riley has enjoyed a five-star Christmas getaway to Cyprus with his partner of 27 years Steve Mail.

The Channel 4 star, 52, who is often seen in his Hull caravan alongside his best friend Jenny Newby on the hit TV show, enjoyed a much-needed break as he jetted off to Cyprus with his longterm partner Steve.

Lee and Steve stayed at the five-star Merit Crystal Cove Hotel & Casino for Christmas Day which is a plush all-inclusive beachfront hotel overlooking the Mediterranean Sea.

Steve shared a selfie of the pair to his 3,819 Instagram followers as the couple celebrated Christmas Day from the sun-soaked location.

The pair have been making the most of winter sun after they jetted to Istanbul in Turkey before taking a flight to Cyprus to spend Christmas.

Sharing a snap at Istanbul Airport on December 16, Steve penned: "Arrived safe and sound in Istanbul next stop sunny Cyprus and home for the festive season we wish each and everyone a very merry Christmas and a happy healthy 2022."

The couple appeared to be getting into the holiday mode as Steve shared a snap in Turkey of the pair in a bar with friends, captioned: "Just when you was heading home for a much needed kip after a fabulous welcome home bash at Jessic and you get dragged into sky bar cheers everyone."

Lee has been with his partner Steve Mail for 27 years and we've seen the occasional peek of the pair together in the past.

Steve lives in Cyprus which has meant that the pair have been separated during the pandemic.

However, recently Lee's partner Steve shared a string of photos of the sweet couple together and the Gogglebox favourite looks completely different in the photos.

The reality star sported a faint moustache and a plaid shirt as he coyly flashed a smile for the image taken during a night out almost three decades ago.

Lee and Steve appeared to be absolutely besotted as they cosied up with their arms casually swung around each other's shoulders.

Proving that their romance had stood the test of time, Steve wrote in the caption: "27 years younger. #alifeofriley."

Even when the lovebirds were separated during the height of the pandemic due to Lee's filming commitments, Steve continued to gush about the longevity of their romance.

Last year, he shared another rare throwback image of himself and Lee alongside a current picture of the two of them.

"How it started. How it's going," he enthused in the caption, complete with love heart emojis.