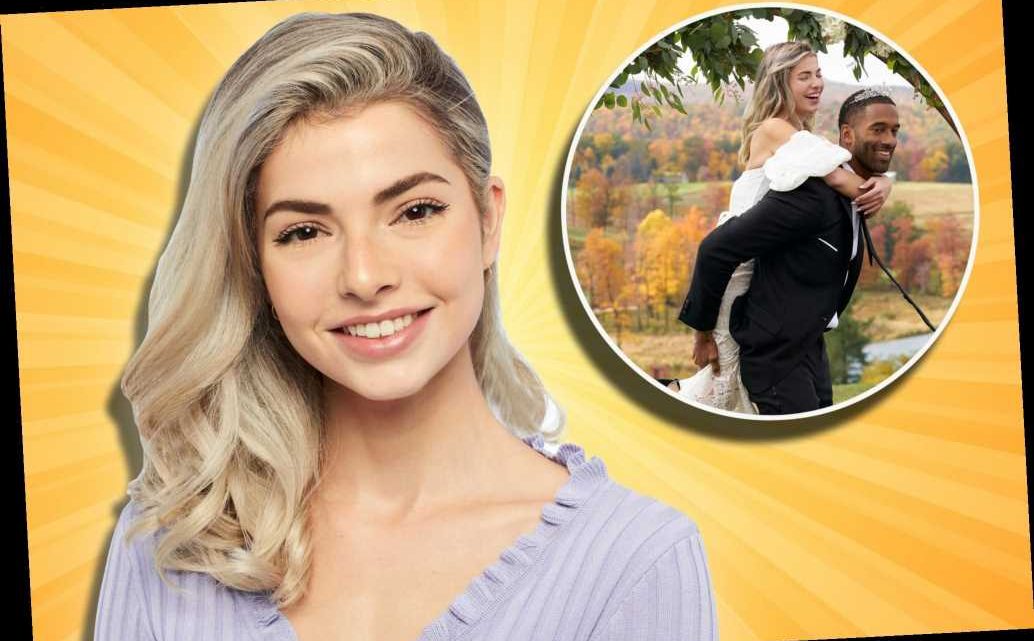 Inside Kit Keenan’s ritzy NYC life, family and job before ‘The Bachelor’

It’s no surprise that Kit Keenan did not have to audition for “The Bachelor.”

While tryouts for the ABC reality show typically involve a long wait at the TV studios, a photo shoot and a lengthy — and intrusive — chat about your love life with producers,  the daughter of fashion designer Cynthia Rowley did not have to suffer such indignities.

“There is no way that Kit had to audition,” a TV insider told The Post, “She was approached by producers on social media.” ABC had no comment on this.

Reality contestants are sometimes scouted from Instagram or Tik Tok, but Keenan comes from the sceney West Village and has never even posted about the show before.

A friend of the family said: “We saw them in the summer out in the Hamptons and no one said anything about Kit going on ‘The Bachelor.’ We were completely shocked. It just doesn’t seem like something that she would do.”

But a second family friend told The Post that Keenan’s parents “have always trusted Kit’s judgment. She’s a smart girl and has always made good choices for herself, from early on.”

On Monday’s episode, Keenan admitted that going on the show was “one of the hardest things I’ve ever done,” as viewers saw her tell  bachelor Matt James she’s falling in love with him.

And while the end goal of the show is supposed to be marriage, Keenan is just 21 and — as she told the “Bachelor Happy Hour” — has “never been in love before. This is a fairy-tale experience that I’m being offered. Let’s see what this is all about.”

She was furious to be dubbed a “socialite” on the show, adding that it “diminished my accomplishments. I’m a senior at NYU right now. I’m studying fashion and business. I have been a small business owner since my freshman year of college.”

Another family friend said that Keenan was “devastated” by the label, adding, “She’s not some ‘Gossip Girl’ character.”

Keenan made her TV debut by stepping out of a Bentley in a $795 dress by Rowley, aptly called “The Kitty.”

As she told James: “The limo [that contestants usually show up in for the first episode] was giving me a little bit of a ride-share vibe, and I thought, ‘It’s night one, let me at least  order my own car.’”

Keenan’s been a fixture on the Manhattan social scene since she was a baby; paparazzi pictures show her being toted to the launch of Madonna’s children’s book and walking the runway in her mom’s fashion shows.

She’s got her own clothing line, KIT, and gives her 205,000 Instagram followers tips on style, yoga poses and  how to make the perfect eight-minute boiled egg. She also co-hosts a podcast, “Ageless,” with her mom.

But why would Keenan want to go on the show? Insiders believe there may be nearly six million reasons why: 5.49 million viewers tuned into Monday’s episode.

So far, Keenan’s Instagram following has swelled by more than 40,000 since the show premiered three weeks ago.

“ ‘The Bachelor’ is a fast-track to influencer endorsement deals,” said one fashion industry source. “Kit likely could have come up with some of the deals herself but this is excellent exposure for a certain type of brand — hair gummies, diet teas, sunglasses brands. Clothing lines like Revolve and ModCloth love reality stars.”

A fashion insider who used to run in the same circles as Rowley in the 1990s said the desire to be famous runs in the family. “Cynthia was more of a fame chaser than a designer. It does not surprise me one bit that her daughter is on that show. She probably coaxed her into it.”

Keenan arrived at Nemacolin, the luxury Pennsylvania resort where this season of “The Bachelor” was filmed, dressed to impress.

“Kit had boxes and boxes of outfits shipped to where we were shooting the show,” host and executive producer Chris Harrison has said. “Easily the best dressed — maybe the best-dressed woman we’ve ever had.” 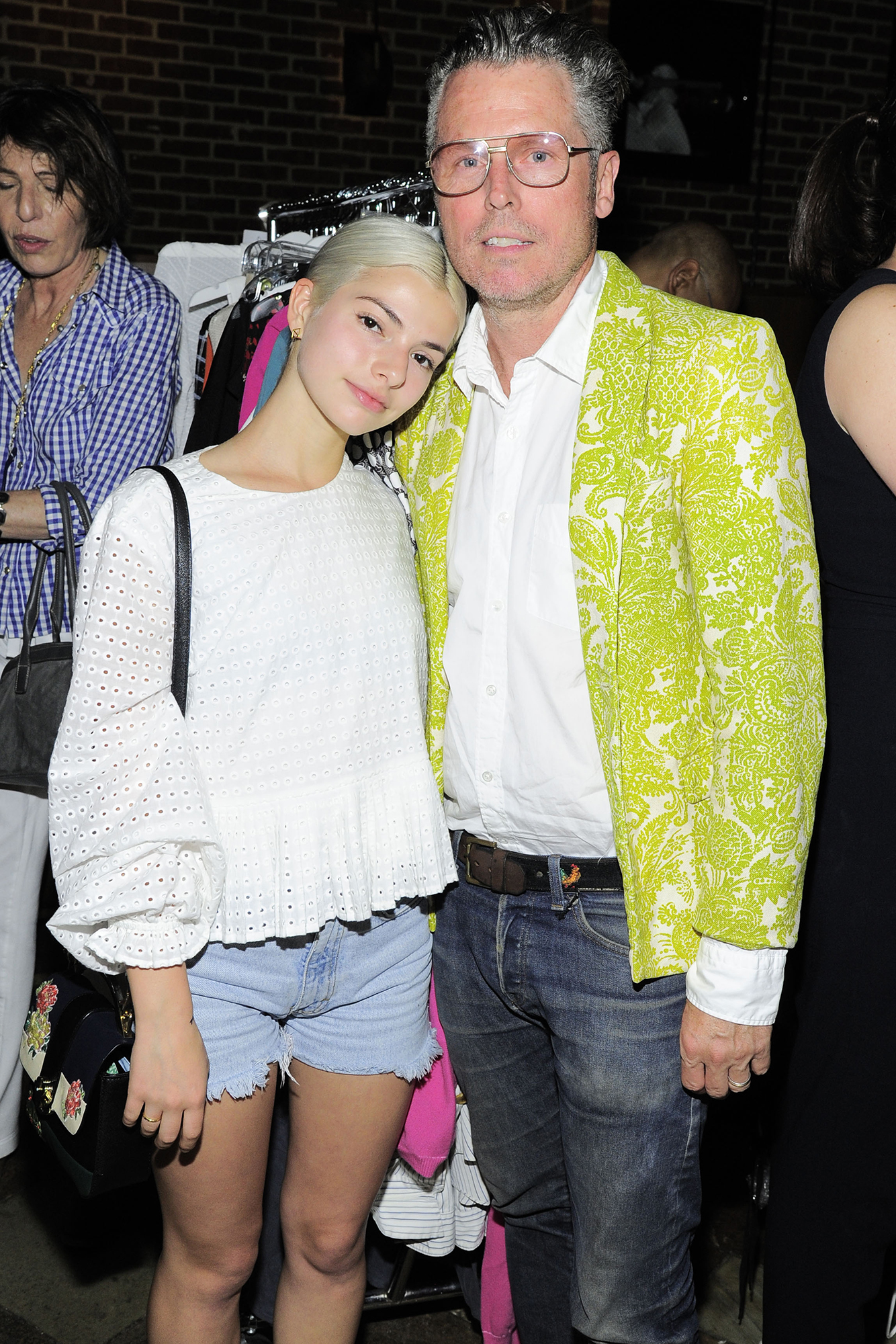 She was ready to make an impact, and style blogs are already filled with reports on her show wardrobe, like the  jacket she wore from uber-cool label OffWhite.

Keenan  has said that she wants to follow in her mom’s footsteps.

As the New York Times once noted, Rowley, now 62, arrived in NYC from Chicago as a young woman with all of her worldly goods, “including a sewing machine and an answering machine that featured the theme song from ‘The Patty Duke Show.’”

Just months later she threw a fashion show in her apartment, inviting every important fashion editor in town, along with Andy Warhol and some movie stars — none of whom she knew. She now has boutiques all over the world.

Rowley is herself no stranger to TV. She has appeared as a judge on reality shows  “America’s Next Top Model,” “Project Runway” and “Design Star,” and even had a cameo on “Gossip Girl.”

She married photographer Tom Sullivan, who died of brain cancer at the age of 32 in 1994. She then wed architect Bill Keenan. However, their union did not last very long after welcoming their daughter in 1999. Rowley went on to marry art dealer Bill Powers in 2005, and they have a daughter, Gigi, now 16.

They brought the girls up in a Perry Street townhouse with a pool and also own a home in Montauk. However, since the pandemic began, they’ve been renting a home in Los Angeles.

“They are super close — an inseparable force. They travel together, they surf together,” said a family friend. “For all intents and purposes, Bill is Kit’s dad. Kit and Gigi are not at all spoiled. Cynthia would not stand for a bratty child.” 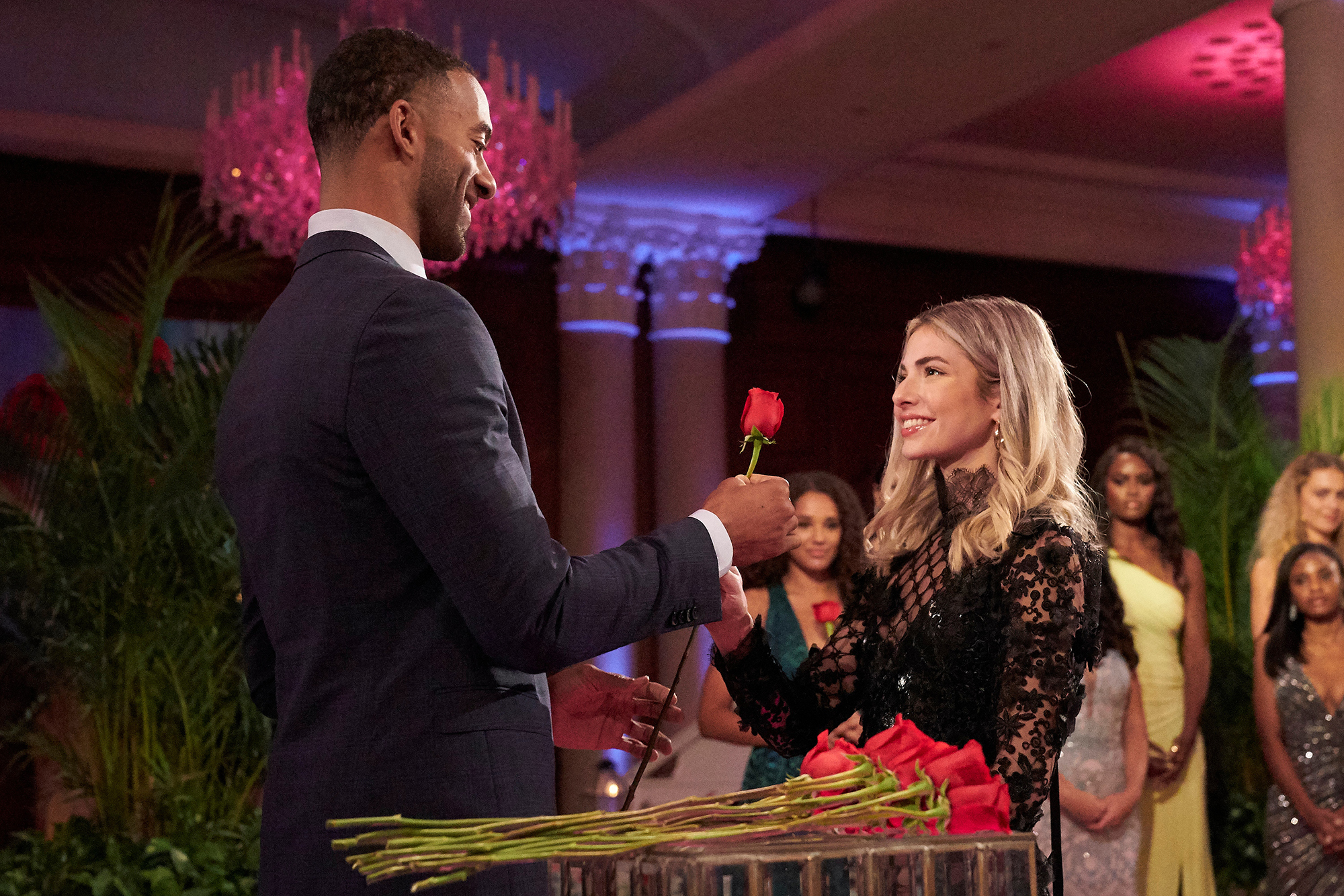 Recalling Keenan as a child, the friend added: “Even at a young age, she was a little older than her years. She’s incredibly smart and poised and had the maturity of someone far beyond her years.”

Keenan went to Grace Church School in the East Village. Tuition for the co-educational private school costs more than most colleges: more than $53,000 for the 2020-2021 school year. She then enrolled at the University of Southern California before transferring to NYU.

“I started off at USC, which is like a very classic football school,” Keenan has said. ‘I realized the environment wasn’t for me so I transferred to NYU halfway through my sophomore year.”

But, according to Keenan’s “Bachelor” bio, she hasn’t had a serious relationship since her first love in high school. And though still young, she has yet to find anyone who “can measure up to the level of emotional intelligence she needs.”

She told the show’s cameras: “My mom is a fashion designer and I grew up in the spotlight. A lot of my life is, like, gold Bentleys and red carpet and fashion events, so being in the public eye I’ve had to try and maintain a certain image and I’ve built up so many walls over the years. And my partner needs to be somebody who is able to help me through falling in love because it’s not easy for me.”

She can’t speak to the press while still on the show, but she did talk to the “Bachelor Happy Hour” podcast about filming. “I never cry. I’m a very cold person, emotionally, in my day-to-day life,” Keenan said. “But I was cracked open. It’s a very emotionally taxing experience. You hope that at the end of it it’s all worth it and you kind of just have to have faith in that.”

As for her future with James, he’s already being linked with show frontrunner Rachael Kirkconnell as the show reaches its conclusion in late February. But for Keenan, the future is bright — with or without a guy.