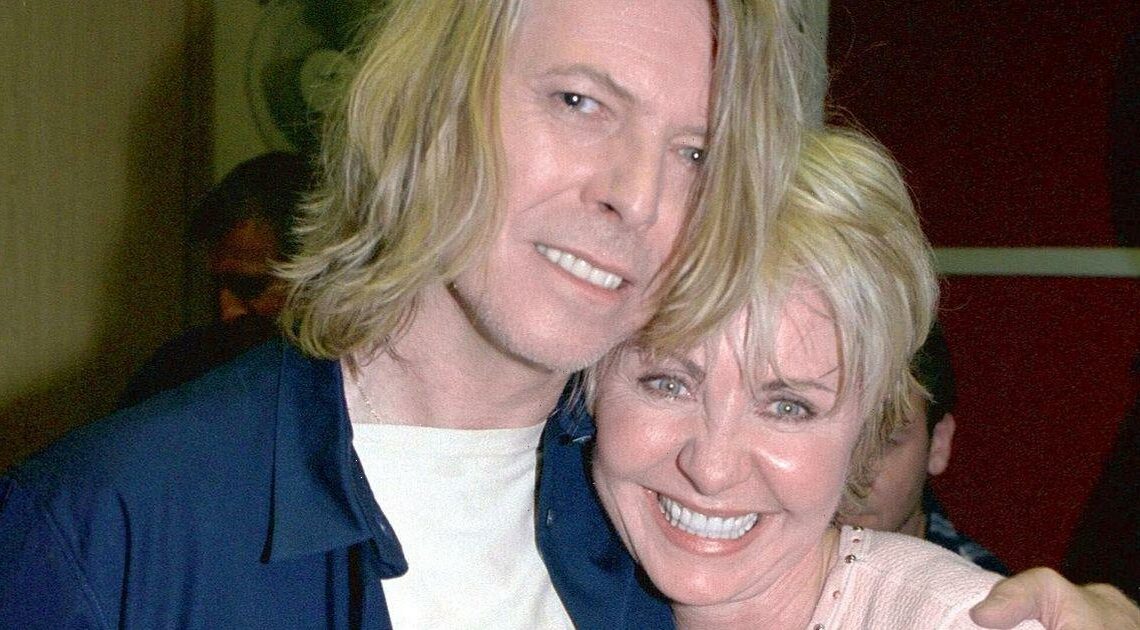 Lulu is famed for her dazzling vocals and international pop hits – and it seems her talents have attracted a bunch of famous men over the years.

The iconic Scottish singer shot to fame at the young age of 15 when she scored her first hit Shout in 1964 with her band called The Luvvers.

She was crowned joint-winner at the Eurovision Song Contest held in Madrid in 1969, with her song Boom Bang-a-Bang.

And she even made her mark on the biggest spy franchise of all time when she sang the title song of the 1974 James Bond film, The Man with the Golden Gun.

However, she's also got a rather long list of famous male lovers, from iconic rock stars like David Bowie to disco legends like Maurice Gibb from The Bee Gees.

To mark Lulu's 73rd birthday, Daily Star has taken a look into her star-studded love life.

Herman’s Hermits also had their first big hit in 1964, I’m Into Something Good, when lead singer Peter Noone was a teenager – almost exactly a year older than Lulu.

Fame and a common bond of Scotland (His mum’s family were from Glasgow) saw the teenagers fall in love – although Peter claims it was a chaste liaison.

He said: "I used to drive all the way up from Manchester to Glasgow just to have a look at her.

"We had a little bit of a thing and I was really enamoured with her.

"But the reality was driving all the way up and meeting her dad, who worked in an abattoir.

"And I remember I had to sit there in a room with her little sister and have a cup of tea while all the time I was trying to pull Lulu."

The Monkees were one of the biggest bands in the world thanks to their American TV series.

They invited Lulu to support them at Wembley in 1967. Because of their fame Lulu didn’t want to like Davy at first but as soon as they met “hit it off straight away”.

But he broke her heart when she found out he had a long-time girlfriend, Linda Haines, who she discovered was pregnant with his child.

She admitted: "I fell for him and thought he fell for me.

“I went to LA to work at the ­Coconut Grove, Davy came to my ­opening night and I fell for him big-time.

“I had to leave LA and go to a gig in Miami and, because I hadn’t heard from him, I ­wondered what was going on… the next thing I heard was he was getting married.

“He had been living with that girl so he was coming out to see me and taking me out and the girl was living with him and I had no idea. I was ­heartbroken.”

She met her first husband, Bee Gees singer Maurice Gibb, backstage at Top of the Pops in 1968.

She was 20, he was 19, and the smitten couple fell for each other at once.

The pair married just weeks before her 1969 Eurovision appearance, tying the knot in Gerrards Cross, a town in Buckinghamshire, England.

Maurice's older brother and bandmate Barry didn't approve of the marriage, as he thought they were too young at the time.

Two of the biggest stars in the world at the time, they certainly enjoyed their showbiz lifestyle but they had to postpone their honeymoon in Mexico due to Lulu's Eurovision appearance.

They divorced in 1974 partly because of his drinking problems, but Lulu admitted they shouldn’t have got married in the first place.

She said: “The drinking was a part of it but we shouldn’t have got ­married in the first place… we should have just had a romance.”

She admitted she felt a failure when her marriage to Maurice, who died in 2003 aged 53 due to complications of a twisted intestine, ended.

But she said: “I decided it had to end. He didn’t want it to end and it hurt him. I totally loved and adored him but… in love with him? I was ­probably in love with love.”

They had remained on good terms after splitting up.

As the grandmaster of Glam, Bowie was the biggest star in Britain when Lulu recorded two of his songs, The Man Who Sold the World and Watch That Man.

Lulu admitted she was “mesmerised” by the Ziggy Stardust legend she met by chance in a Sheffield hotel in the 70s – he was 26 and she was 24.

She has talked about her brief Bowie affair over the years, confirming the romance in her 2002 autobiography, I Don’t Want to Fight.

In the book, she asked: "Has there ever been an odder couple?"

She went on: "When he focused on me I felt like the only person in the room, in the universe, I found him intoxicating. It was the sexual chemistry which drew us together.

"He was just mesmeric and he had the best thighs I had ever seen."

But she ended it after struggling to cope with what she called his "druggy" lifestyle.

She penned: "His scene at the time was very druggy and weird and I never felt very comfortable with it."

After the excess of her first marriage and rock ‘n’ roll fling with Bowie, Lulu found family life with second husband John Frieda, who she called "the love of her life".

Back then, he was an unknown assistant at her Belgravia salon, but he’s gone on to become one of the most famous celebrity hairdressers in the world.

They were friends for two years before he became Lulu's lover.

Lulu said: "John came as a surprise to me because I wasn’t looking for him or anyone else. I was shattered after Maurice. I was nervous to take the plunge again."

They married in 1975 and two months later while she was rehearsing for panto Lulu discovered she was pregnant with their son and her only child, Jordan, who has since made her a granny.

After Jordan’s birth, she cut down on work to be a mum but John was building his empire.

Just before her 40th birthday she miscarried their second child and she carried on working to push away the grief including a role as Adrian Mole’s mum. John moved to America while she stayed in the UK.

They called time on their marriage in 1992, but Lulu was still devastated.

She admitted: “When my second marriage ended, it shocked my whole system. I was lost. I had no idea what I was going to do."

When she recorded 1993 No1 single Relight My Fire with Take That – then the biggest boy band in the world – she had a rumoured romance.

They have never gone public about it but have said they had a “special relationship”.

She claimed: “He’s very, very cute but no, nothing happened.”

But Jason’s bandmate Howard claimed on Jonathan Ross’s BBC1 chat show, that it was more than that.

When Ross quizzed the boys about Lulu, Howard pointed at Jason and coarsely claimed: “He’s the one who f****d her!”

Her next toy-boy was Braveheart actor Angus Macfadyen in 1997.

She claimed her relationship with the fellow Scot who was 15 years her junior was "the best sex I’d ever had. My God, he relit my fire!"

The pair recently teamed up when Lulu wrote the soundtrack for the actor’s film Robert the Bruce.

At the launch she said: "Angus and I had a relationship a few years ago. And we’re still really good friends."

When Lulu was photographed at Victoria and David’s World Cup party in 2002 with young actor Stuart, tongues began to wag because of the age difference.

She was 53 he was 21, which was three years older than her son at the time.

However, she explained that the affair was "just a bit of fun", adding that she doesn't "discriminate" when it comes to how old her lovers are.

At the time Lulu said: "He is a lovely guy. But it’s just a bit of fun, nothing too serious.

"I like young guys and I also like men who are my own age – I don’t discriminate when it comes to age."

It appears Lulu has a thing for politicians too though, and a former US president in particular – Barack Obama.

She told The Telegraph: "I want to meet him. It's not that I want to take him away from his wife. I just think he's fabulous.

"I've always had a crush on him. He's just an amazing person. I like the way he thinks. He's unreal."