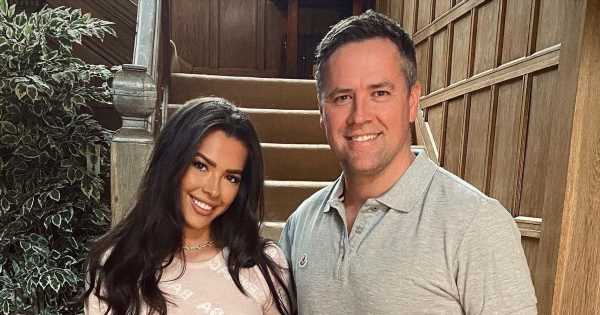 Michael Owen is one of England's most successful footballers, scoring over 300 caps during his time playing for his country.

Lower Soughton Hall is currently home to the former Liverpool striker, where he lives with his wife Louise Bonsall and their four children including Love Island star Gemma.

The Owen family snapped up the property in 2001, the same year that Michael won the prestigious Ballon d'Or award after an impressive season at Liverpool.

The sportsman offered a rare glimpse inside his home during an appearance on Keith Lemon's Through the Keyhole.

Cameras were invited inside the home that features equestrian facilities, as well as a putting green, a children’s play area and a home cinema.

Banned from entering any of the bedrooms, presenter Keith Lemon then took viewers for a look around the open plan kitchen featuring two large dining room tables.

The luxury home is certainly fit for a sportsman, boasting its own gymnasium, indoor pool and spa area.

It also features a huge games room perfect for entertaining which is also home to some of Michael's football memorabilia.

The Grade II listed Flintshire manor house is located in Northop near Mold in Wales.

The football legend retired in 2013 before moving into punditry.

He has also since developed his love of horses and co-owns the Manor House Stables in Cheshire.

Michael more recently appeared on the ITV singing show The Masked Singer where he was revealed as Doughnut.

Meanwhile the footballer's eldest daughter is set to appear on Love Island and is one of the most high profile Islanders to stay at the villa.

The brunette beauty is an international dressage rider, who has competed for Great Britain in the 2021 European Championships.

Speaking ahead of her stint in the Love Island villa, Gemma opened up about her love of sport and competitive nature.

She said: "Sport has always been a big thing for me and my family. My dad was a professional football player. I’ve competed for Great Britain in dressage since I was 11 years old. I’ve travelled all across Europe competing in big arenas in big competitions. I would say I’m very competitive. [When it comes to relationships] I will always go for what I want.

"But at the same time, I’m not going to mess up something for someone who is in a proper relationship or get in the way of a couple if they have a genuine connection. I wouldn’t do anything to another girl that I wouldn’t be happy with them doing to me."

To stay up to date on all the latest celebrity news and more of your favourite stars, sign up to OK!'s daily newsletter.