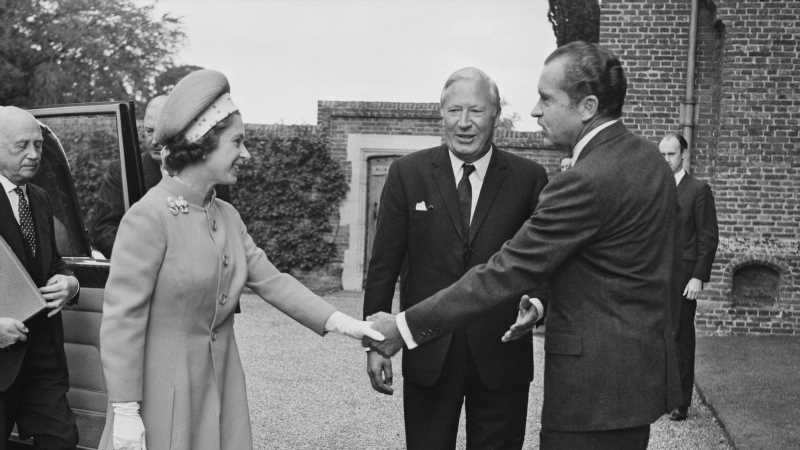 It likely comes as no surprise that part of being a world leader means meeting with other world leaders throughout the year. Queen Elizabeth has been on the British throne for 69 years according to Metro U.K., which means she’s seen plenty of U.S. presidents come and go, and she’s met each man who has been President of the United States during those years.

Queen Elizabeth knew Richard Nixon before he became President of the United States. Nixon showed the Queen and Prince Philip around Washington, D.C., when they visited in 1957 (via BBC America). The pair reunited again in 1969, when then-President Nixon and his wife were hosted at Buckingham Palace. The pair returned to England again the following year and stayed with the Queen and Prince Philip at their country estate, Chequers.

In recent years, some have stated that they believe Richard Nixon had a bit of an unusual interest in the royal family.

Richard Nixon tried to set his daughter up with Prince Charles

It seems that former President Nixon had an interest in connecting his daughter with Prince Charles. Sally Bedell Smith told BBC America that when Prince Charles visited George W. and Laura Bush in the White House thirty years later, he had a pointed message for the pair. “More than three decades later, when Charles and his new wife, Camilla, visited George W. and Laura Bush at the White House, he joked that the Bushes had better not try to fix up their twin daughters with his sons William and Harry the way Nixon had worked to set him up with Tricia,” Smith recalled.

That’s not the only interesting interaction the royal family had with Richard Nixon. Prince Philip actually apologized to Nixon following an embarrassing mishap at a White House dinner in 1969. He wrote Nixon a letter to explain what he was sorry for: neglecting to toast the President in his speech. “That night I woke up in a cold sweat when I realized I had forgotten to propose your health!” (via the Los Angeles Times).

'Wheel of Time' Gets Early Season 2 Renewal by Amazon