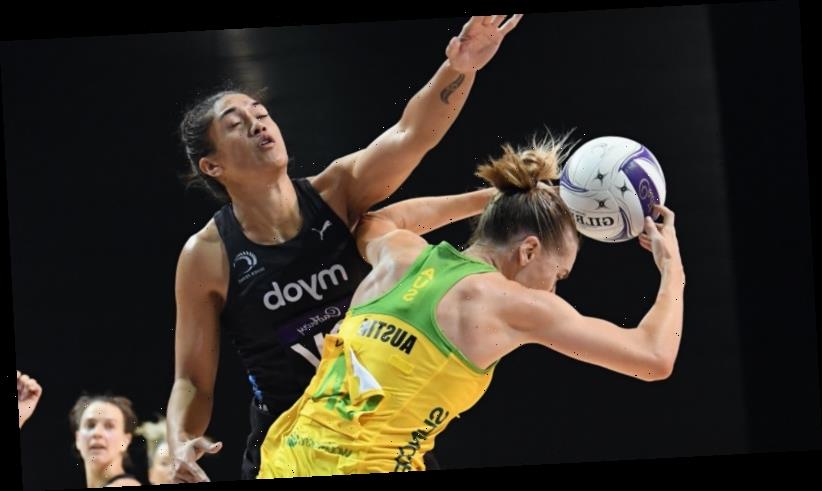 An exhausted Diamonds side went down to the Silver Ferns in their first game in more than a year, with the disappointing 49-44 loss blamed squarely on hotel quarantine.

The Diamonds stepped on court for the opening clash of a four-game Constellation Cup series less than 36 hours after leaving quarantine on Monday. 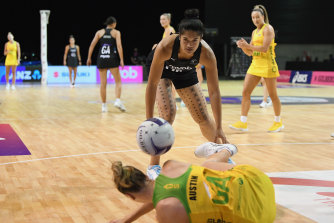 The effects of the short turnaround were clear from the first quarter. Australia struggled to keep up with the hosts, who looked a well-oiled machine on home soil.

“There are never any excuses but you’ve got to take into account that preparation, it wasn’t ideal,” Liz Ellis said. “You’re looking at a very inexperienced side.”

The loss was not the start the new-look Diamonds had been hoping for. With a new coach, a new approach to the captaincy and five players on international debut, Netball Australia was hoping for a win to vindicate the changes.

Taking the reins for the first time, coach Stacey Marinkovich made a number of controversial calls. Lisa Alexander’s successor confirmed Caitlin Bassett as captain for the opener, despite opting not to name her as captain for the series. 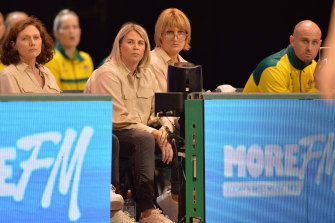 Stacey Marinkovich in her first game as Diamonds coach.Credit:Getty

Marinkovich has adopted a ‘rotating captaincy policy’ for the series which will see a different skipper elected each game. The idea was met with criticism from observers including Alexander, who said the side needed “some serious work and effort” going into the series.

Another interesting call came at half-time when Marinkovich kept Kiera Austin and Bassett on, despite the shooting pair hitting with just 75 per cent accuracy between them.

“It’s just been a unique preparation,” Marinkovich said. “There was some really good passages of play but the consistency wasn’t there and I think we took a little bit of time to adjust to the umpiring and the different style of defence.”

While the pairing are teammates at the GWS Giants, Bassett had little court time during the Super Netball season and their partnership at club level is far from established. Bassett also came onto the court with a heavily strapped knee, but managed a shooting accuracy of 90.5 per cent before being taken off in the second half.

The Diamonds also seemed to struggle with the return to international rules. The rules in Super Netball were changed last year to allow rolling subs and time-outs during the quarters, while a two-point Super Shot was introduced. Rules in the ANZ Premiership, New Zealand’s domestic league, are more traditional, making it easier for Kiwi players to switch between domestic and international fixtures.

“We’ve been really lucky we’ve been training together over the last couple of weeks … being in managed quarantine and being able to train has been massive for us,” Bassett said. “I couldn’t imagine coming into this tour if we were alone in a normal hotel.”

Austin nailed the opening goal in her debut match, but the Diamonds’ interrupted preparation quickly began to tell as they fell behind 14-10 by the end of the first quarter. Gaps soon began to open up, while basic shooting errors from Australia allowed the hosts to stretch their lead to 28-21 at half-time.

The sides have just 24 hours to regroup before returning to Christchurch Arena for the second match of the four-game series on Wednesday.

First Dates: Do people get paid to appear on the hit Channel 4 dating dinner show?