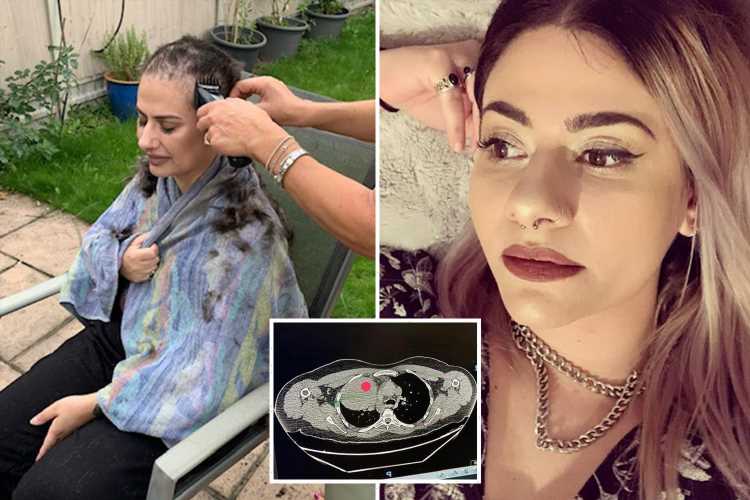 AFTER feeling a small lump on her knee, Joanna Georgiou went to visit her doctor.

She was reassured by her GP that it was nothing but a cyst and she was given some ibuprofen for the pain. 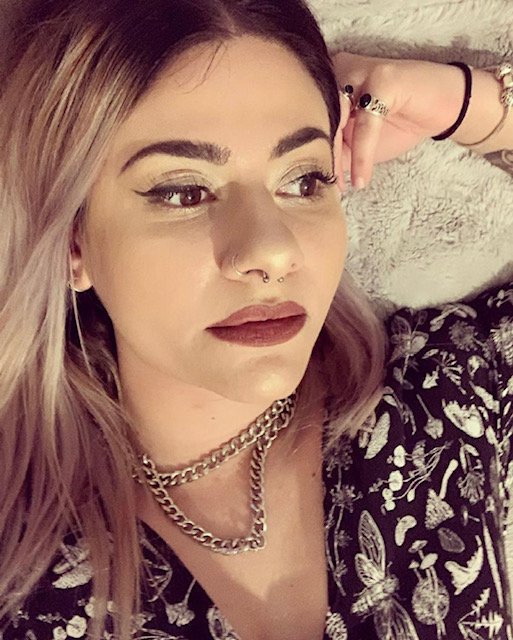 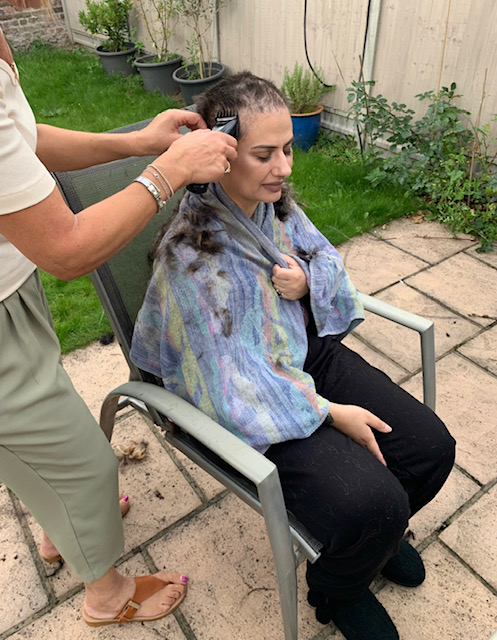 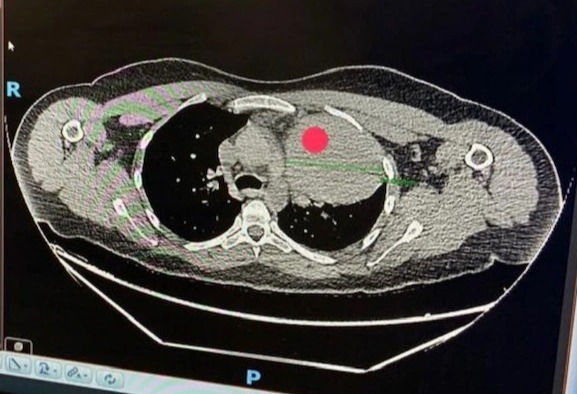 But the 31-year-old's pain kept getting worse and she returned to several doctors over five years who prescribed her with stronger painkillers.

The area manager from London had e-consultations during the coronavirus pandemic and in August 2021, she visited a private surgery after the pain got so bad that she could no longer stand it.

Even though she couldn't afford the appointment, she said she 'knew in her gut' that something wasn't right.

She was diagnosed with Stage 4 Synovial Sarcoma, a cancer that forms in soft tissue.

It is quite uncommon with only three in a million people being diagnosed with it, however, it most often grows near joints and can spread very quickly.

Joanna now has eight tumours, with one the size of a satsuma next to her heart.

She has six tiny tumours in her lungs and a huge tumour in her knee.

Now, Joanna says she feels let down by the NHS and says more could have been done to diagnose her earlier.

She said: “I spent years going to different doctors and specialists because I knew in my gut that something was wrong.

“I’ll never forget that first doctor I went to. I told him I had this soft lump that wasn’t really painful to touch but didn't feel right.

“And he barely looked at my leg, he was completely uninterested in what I was saying.

“I did actually have two types of diagnosis, one was that it was a ganglion cyst.

“And then after that, it was that I had a calcium bite injury that had a haemorrhage. Through all of that cancer wasn't really discussed."

Joanna said that at one point, she was told she had a benign tumour and had been placed on a waiting list to have it removed.

She claims she was told that she was at the back of the list as there were 'more important patients with cancer' before her.

The doctors believe they can remove the tumour from my chest and I would have to have my leg amputated, as there's no other way to get rid of that tumour

Joanna added: "I would wonder at times that I'm waiting so long that I'm not going to get to a point that I'm going to become one of those important cases.

“We believe what we're told and we trust in our medical professionals.

“We trust in the NHS and I was just going with what I was told even though I felt like they might have got something wrong.

“I am upset and I feel let down by the NHS. I feel that I work really hard. And I have always paid my taxes and I'm a good British citizen.

“The one thing that we get is the NHS and I feel let down."

She said that her treatment had been further delayed by the Covid pandemic and claims that medics 'forgot about everybody else' who was unwell.

During the pandemic, surgeries were pushed back and cancelled due to Covid patients being hospitalised needing to be treated.

Joanna said: "Coronavirus is a horrible thing and it's taken a lot of people,” she says.

What is Synovial Sarcoma and what are the signs you need to look out for?

Synovial sarcoma develops in cells around joints and tendons and it can occur anywhere in the body.

It often occurs near the knee and is mostly associated with young adults, Sarcoma UK says.

The symptoms of the condition can vary depending on where your tumour is and the size of it.

Before you are diagnosed you might experience the below:

Doctors will diagnose the condition through a variety of tests including a physical exam, which will look for any lumps or bumps.

You might also have a scan, this could be an X-ray or a CT scan.

You might also have to have a biopsy taken which is when a tissue sample is taken and tested.

“I feel that while that was going on, they forgot about everybody else that was ill as well.

“And that makes me angry too. I just feel that a lot was neglected over the last couple of years because of the pandemic.

“It feels like everyone with cancer or other terminal issues was put on hold while the pandemic ran its course and now health issues have piled up.”

Joanna has had four rounds of chemotherapy, lost her hair and might need to have her leg amputated to save her life.

Despite the chemo, the tumours in her lungs have remained the same and the tumour in her knee has changed shape but has not decreased in size.

She added: "The tumour near my heart has had the biggest change, it started off being nine centimetres and is now three and a half centimetres.

“Which sounds like good news, but overall really does not have that big of an impact on my prognosis.

“Going forward I have some big decisions to make. I can continue radiotherapy and prolong my life as much as I can.

“I keep hearing this phrase ‘prolong my life' and I don’t want to prolong my life. I want to live my life so I am considering surgery.

“The doctors believe they can remove the tumour from my chest and I would have to have my leg amputated, as there's no other way to get rid of that tumour.

“It would be a long road to recovery but I am a stubborn person, and I won’t give up that easily.”

Her family are now raising money to help fund treatment after her NHS course has finished.

They said that money will go towards 'a prosthetic limb and to anything else related. Any money unused will be donated to the Sarcoma UK charity to make other families’ lives easier going through this horrendous situation'. 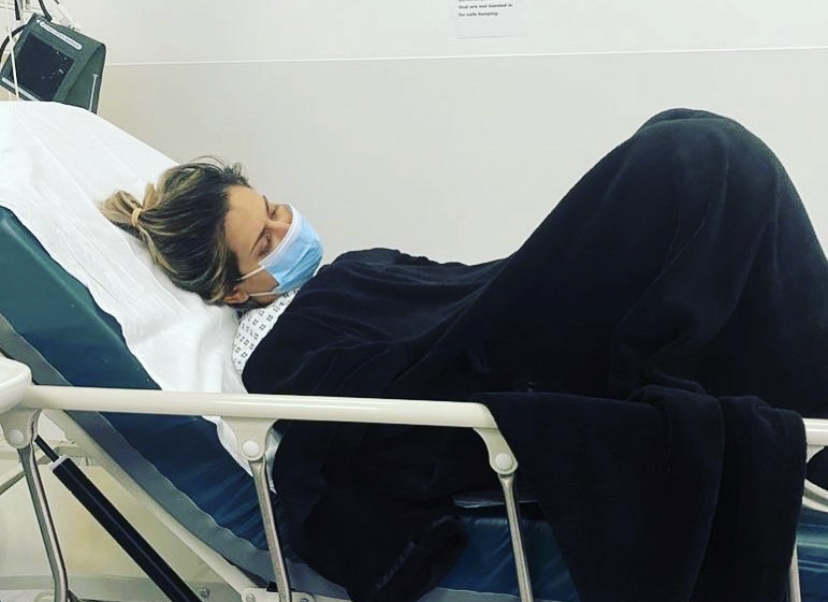 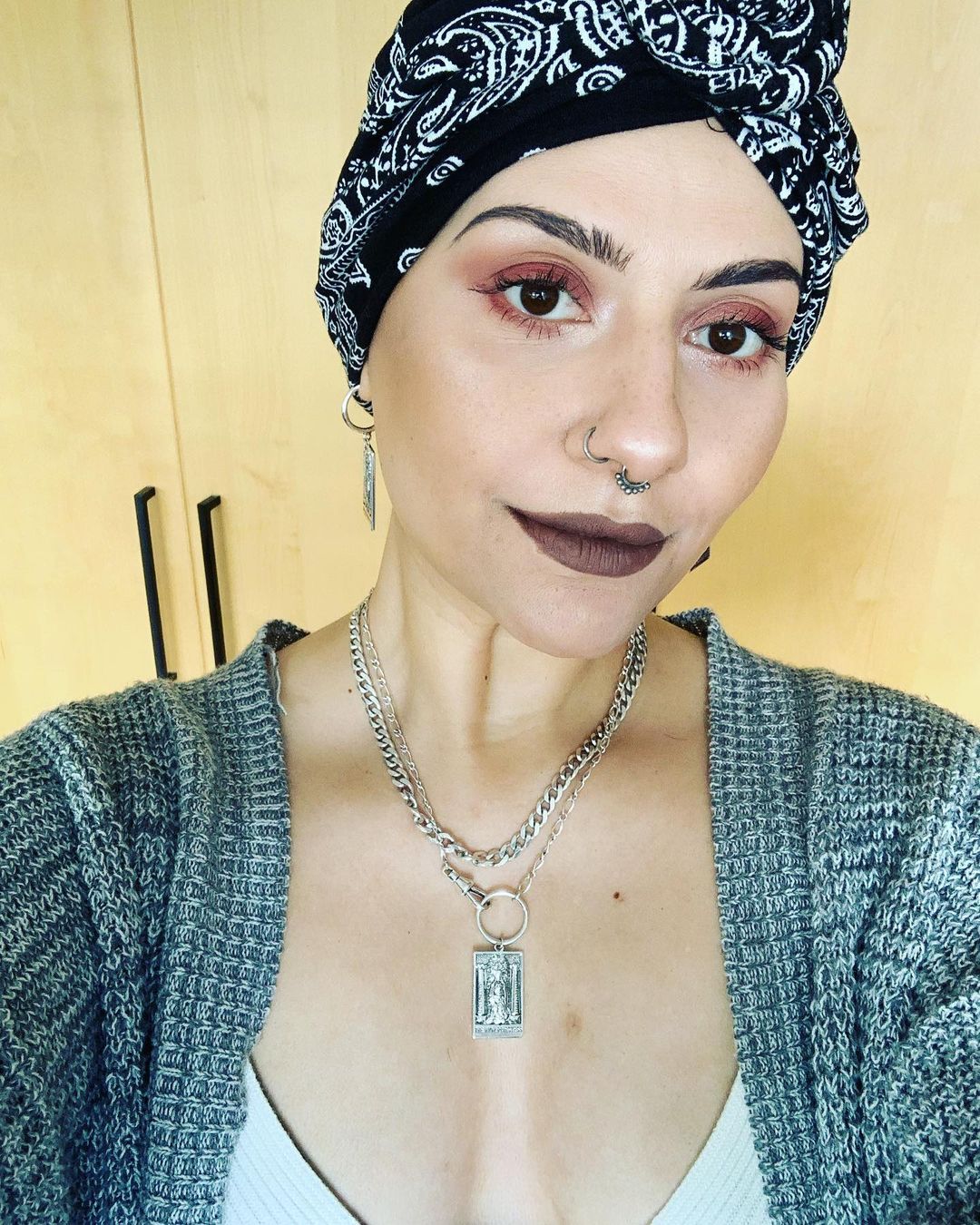 Virgo Horoscope: What to expect from a relationship with them – they’re ‘watching you’