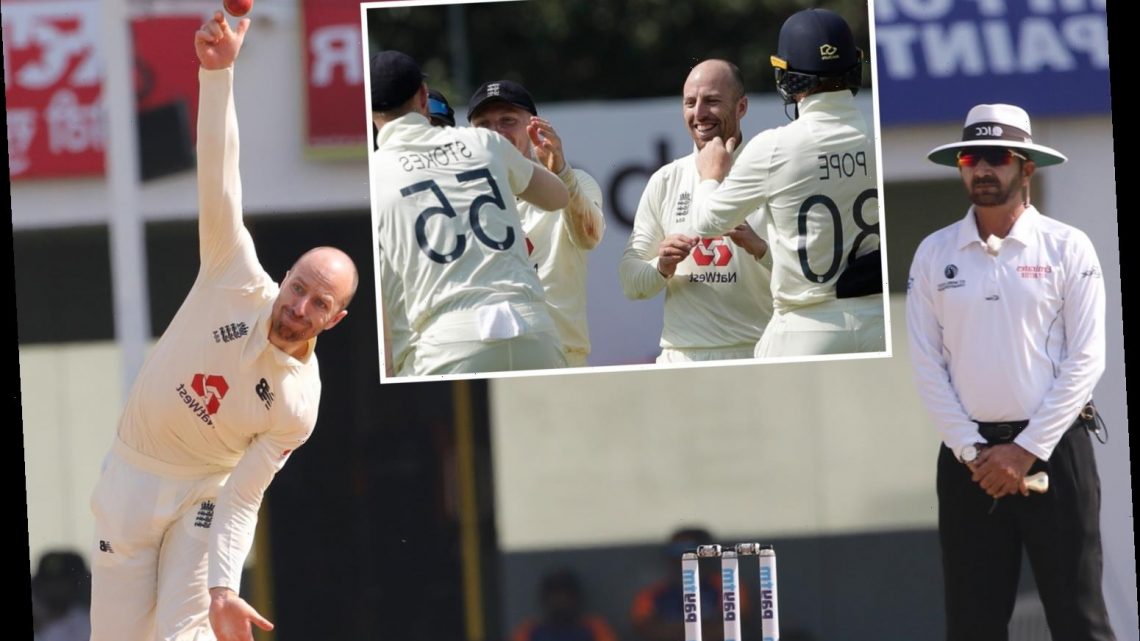 Left-armer spinner Leach landed the delivery on middle stump and it turned past Sharma’s bat and struck his off pole. 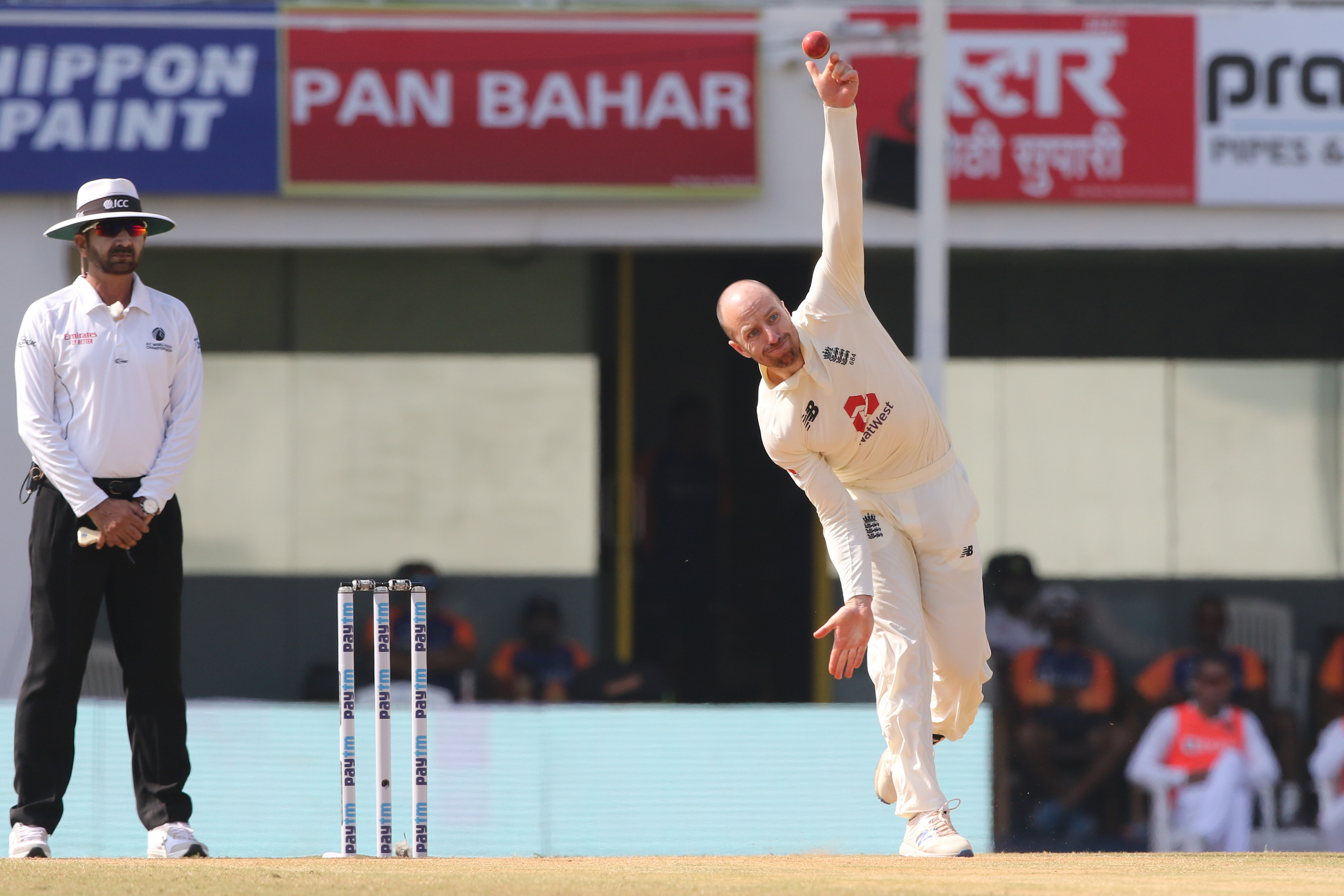 A ball that was almost unplayable.

It was a crucial early strike in England’s mission to take ten wickets in 103 overs and seize a 1-0 lead in the series.

What a contrast to the battering Leach took on day three at the hands of Indian batsman Rishabh Pant, who plundered him for five sixes.

Leach recovered well and took two late wickets in India’s first innings – and he was handed the hard new ball ahead of Jimmy Anderson at the start of the second innings.

In the end, England were all out for 178 which left India an unlikely target of 420 to win.

By the close of day four, India were 37-1 with another 90 overs for them to survive on the final day.

Surely, there are only two feasible results – an England win or a draw.

England began their second innings with a lead of 241 runs, which they aimed to increase rapidly.

But Rory Burns was caught at slip off Ravichandran Ashwin from the first ball of the innings and fellow opener Dom Sibley was held round the corner via bat and pad.

Dan Lawrence escaped a pair with a delightful clip for four wide of mid-on off Ashwin from the first ball after lunch but was then lbw to reverse swing for the second time in the match.

Root was instantly aggressive, striking a string of boundaries with sweeps and reverse sweeps but he lost Ben Stokes, who pushed at widish one from Ashwin and feathered a catch behind.

Root was nailed plumb lbw for 40 off 32 balls by one that kept low and Ollie Pope, after a few breezy shots, attempted a reverse hit – but clipped it straight to cover.

Jos Buttler was stumped, Dom Bess leg before, Jofra Archer bowled and Anderson popped back a return catch via a front edge. 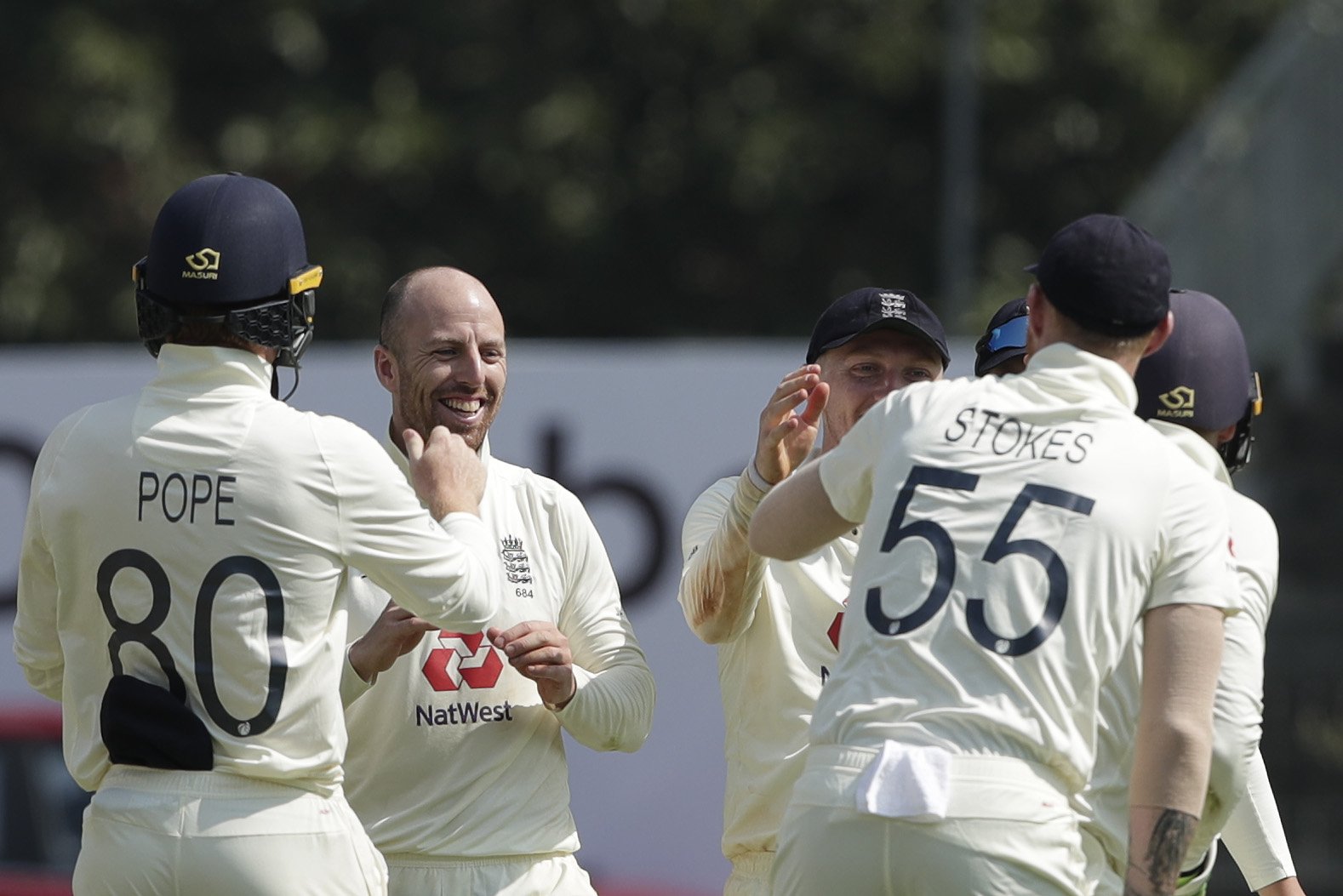 Captain Root did not even need to make a declaration – England were all out. England went from aggression to crease occupation in the later stages of their second innings.

It seemed a message came from the dressing-room to take time out of the game and extend the target beyond 400 and leave a run-rate higher than four-an-over.

It certainly baffled many observers who felt England needed as many overs as possible to try to bowl out India.

The likes of Michael Vaughan and Shane Warne vented their astonishment at England’s tactics on Twitter.

Leach had Ashwin caught off a ball that bounced and then induced an edge from Shahbaz Nadeem.

Anderson bounced out Ishant and the final wicket arrived courtesy of a stunning, right-handed grab low down by Stokes at slip.

Washington Sundar, playing only his second Test, remained 85 not out.