Home » Lifestyle » “Jennifer Aniston loves Transcendental Meditation, but here’s what happened when I tried it” 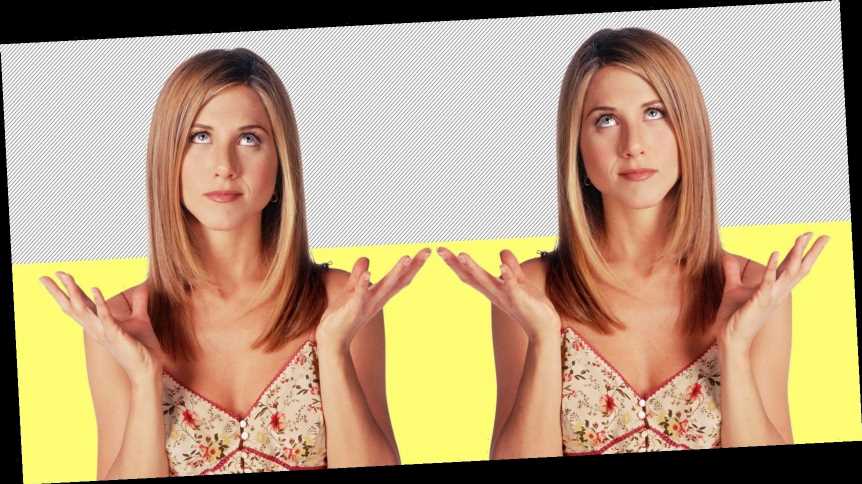 “Jennifer Aniston loves Transcendental Meditation, but here’s what happened when I tried it”

Jennifer Aniston practises Transcendental Meditation first thing in the morning, every morning. Similarly, Oprah Winfrey loves it so much that she paid for her entire company to take a course in it. But is it really all it’s cracked up to be? Ceylan Kumbarji reports.

It was meant to be totally effortless. But instead of getting my Oprah on, I spent the whole of my first Transcendental Meditation session thinking. Actually, I spent it overthinking.

As I sat in the session, my brain churned over everything from not being able to pronounce my mantra, to what to order for dinner, to trying to remember whether I’d set The Affair to record. The scene from Eat Pray Love, where Liz Gilbert just can’t seem to quiet her mind during meditation, flashed through my brain.

My mind was definitely not still and I was far from relaxed. I left the session with a headache.

I first read about Transcendental Meditation (TM) online when I was doing some research into self-care methods. At the time, I was often stressed out and found myself overthinking things most days. As an avid to-do list maker, I’d write out really organised lists each morning to try and help me get my upcoming ‘day’ out on paper and clear some mental space. This would help me manage my stress and anxiety, the two key things I’d hoped TM would help with.

I’d previously tried implementing hygge and lykke, minimalism, mindfulness, therapy, yoga, walks outside, exercising… the list goes on. These were all successful to an extent, but I was still searching for ‘it’ – that one self-care method that would totally change my life, leaving me feeling like the best version of myself, all day, every day. It was an impossible ideal, I know, but one that I was striving for nonetheless.

None of the self-care methods I’d tried have quite as much celebrity kudos as TM. It’s popular with celebrities including Jennifer Aniston, Eva Mendes and Gwyneth Paltrow, and it’s billed as a revolutionary meditation, with benefits including “tapping into the reservoir of happiness deep within and freeing the mind to be more fluid and creative”. Plus, Oprah Winfrey believes in it so strongly that she paid for all the employees in her company to take a TM course, after stating that it brought her in touch with something greater than herself. Needless to say, I was intrigued.

TM is known as a simple meditation technique. It comes from the ancient Vedic tradition of India, founded by Maharishi Mahesh Yogi, and some of the benefits include releasing stress, boosting energy, increasing alertness and reducing high blood pressure. TM is practised for 20 minutes, twice a day, sitting comfortably with your eyes closed for best results. David Hughes, who has been teaching TM for 40 years, says: “You don’t need peace and quiet – you can practise TM on a bus, train, wherever you can sit down and close your eyes”.

You can only learn TM through a qualified instructor, otherwise you’ll be left disappointed, according to the TM website. Unlike other types of meditation, when you start learning TM, you gently rest your attention on your mantra, which is a meaningless sound given to you by your teacher. The mantra is used as a vehicle to help the mind settle down, and it’s OK if your thoughts drift from it.

As you close your eyes, you shift your attention to your mantra by silently repeating it in your mind. This allows the activity in the brain to become more harmonious and integrated, and the body to gain very deep physical rest. By focusing on your mantra, you’ll allow the mind the freedom to follow its natural tendency towards happiness, and as your TM teacher guides you, the mind is supposed to settle into silence. I was so ready for a silent mind.

Finding an introductory session on the TM website was straightforward – there are a number of free sessions in multiple areas, so I booked myself in for the earliest available one, which was only a 20 minute drive away from my house. A few days later, sitting in a room with a mixture of a dozen other people, both men and women of all different ages, I was buzzing with excitement. The TM teachers showed us a video highlighting how wonderful our lives would be if we opted for the course, which consisted of a series of 90-minute lessons over four consecutive days. I was in. I didn’t hesitate to sign up, and paid the £390 fee as soon as I got home. In my mind, it was a small price to pay for a less frantic, more balanced brain, and a lifechanging tool that would benefit me for the rest of my life.

A few days passed and it was time for my initiation with my TM teacher. I hoped this would be the last day of my overthinking and excessive to-do list writing. Rather than having a few key things to tick off, my daily lists had started to become packed with dozens of tasks. It was a reflection of my mind at the time, both busy and disorganised.

I was paired with one of the teachers from the introductory session, who had been practising TM for 30 years, so I felt reassured I was in good hands. We entered a room filled with incense and candles, exactly how I’d imagined. Then, my teacher told me to close my eyes while she chanted, guiding me into a very special moment in TM – the moment she told me my mantra. The word I’d be gently resting my attention on and meditating with for the rest of my life. You’re told to keep your mantra a secret, as it’s something that is deeply personal to you and your meditation (even to this day, I’ve not told anyone my mantra).

But there was a problem. I didn’t like my mantra. At all. I found it confusing and couldn’t remember if it had an ‘ing’ or an ‘ang’ at the end. All I could focus on was getting to the end of the meditation so I could ask my teacher how to pronounce it. She insisted that it wasn’t important, but reminded me it was an ‘ing’.

Despite this small setback, I went home, excited and ready for this new, chilled life I was about to embark on. But, after my 20 minute evening practise, the pronunciation of my mantra was back on my mind. I had a headache and annoyingly, the meditation didn’t feel effortless at all. A few days passed, and I still felt the same struggle. So at my follow-up session, I explained to my teacher that I was really struggling with it. She assured me it would take time, and told me not to focus on it too much. When I asked David about this, he said: “The mantra doesn’t mean anything, and that might cause some people to have trouble remembering it at first, but that’s completely normal.”

I gave it a month, but the headaches didn’t stop and my mantra was still driving me mad. TM was the opposite of relaxing and I found myself struggling to carve out time for it twice a day. I went back for my follow-up sessions, and with the help of a teacher to guide me through the practise, it was a lot easier to still my mind. But this was no different to how I’d felt after mindfulness or shavasana at the end of a yoga class. I was yet to feel any of the very specific benefits I’d anticipated. Was I feeling balanced, calm and energised? Nope. I felt frustrated that my mind seemed busier and more hectic than before I’d started TM. It was more of a chore than something I looked forward to.

Then, after one particularly hectic day, I squeezed in my 20 minutes of TM and felt convinced there was a hamster on a wheel going full speed in my brain. That evening, I looked around at all my lists. There were five. My brain was in overdrive – this just wasn’t working. I couldn’t concentrate, my mind was never quiet and I was having frequent headaches. So, that day, I made the decision to stop.

Initially, I felt like a bit of a failure. I thought about all the money I’d spent and cringed. I was also really frustrated at myself for not being able to crack what is known as the easiest, most simple form of meditation.

But essentially, I had been forcing myself to do something that was making me really unhappy, and that I dreaded every day. More importantly, I was overthinking the same amount, if not more, than usual.

After I quit TM, it didn’t take long for my headaches to stop or for my mind to feel less busy. Disappointed that it hadn’t worked, I took a break from meditation altogether, returning my attention to practising yoga instead. A few months later, a friend started using Headspace and it reminded me that I still had the app. I gave it a try, and the 10 minute session passed by in a flash. No headaches or feelings of frustration? This was definitely a better fit.

A year later, I’ve been using a mixture of self-care tips and methods like yoga and mindfulness; for me, finding something flexible that I can fit into my schedule is important. If my day is particularly busy, then I don’t want to feel guilty for not being able to meditate for 40 minutes.

I’ve learned that choosing a form of meditation is a totally personal journey. Meditation is meant to be effortless and stress-free, so you absolutely do not have to stick with a type that isn’t working for you. While TM might work for some women, this is proof that when it comes to meditation, it’s not a case of one size fits all.

This piece was originally published on 1 September 2019

Southern Charm's Kathryn Dennis Claps Back at Instagram User Who Questions Her Sobriety: 'I Haven’t Been High in 4 Years'