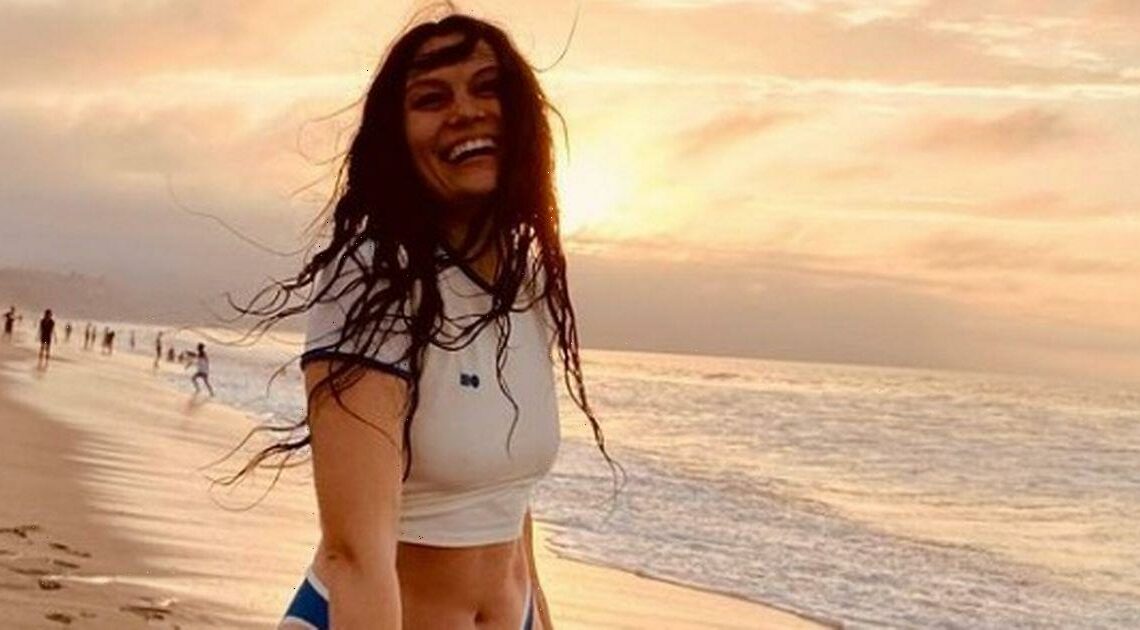 The UK-born songstress wowed in the series of beachside photos, which saw her show off a new hair style.

The Brit school star, who used to date Channing Tatum, looked incredible as she bounded down the beach.

Jessie, who splits her time between the UK and The States, looked every inch the pin-up as she showed off her athletic physique in next to nothing.

33-year-old Jessie was all smiles in the series of snaps as she posed up a storm on the beach in a microscopic white crop-top and ocean-blue coloured pants.

Jessie went au naturale in the makeup stakes for the string of photos, as she showed off her stunning features.

The striking songstress also revealed a brand new hair do in the pictures, as she ditched her stylish bob to long, on-trend mermaid tresses.

Jessie captioned the photos: "If you see me happy Jessie's fans came out in full force to shower praise on the breathtaking snaps.

One social networker gushed: "Love that you're happy."

While another continued: "Glowing."

And a third added: "Gorgeous."

Jessie recently opened up about the health issues she's battling.

The stunning singer previously revealed she is suffering from Meniere's disease – but now she has shared she is enduring a mystery illness that is causing her painful acid reflux.

Taking to her Instagram page, Jessie revealed she was having to take a break to protect her vocal chords following the bouts of acid reflux.

Opening up on her Instagram Story, she said: "The issue is something in my body that is causing major acid reflux.

"It puts my vocal cords at risk if I sing with it. It hurts and burns. I am doing everything that I can."

Jessie also revealed she was set to undergo medical tests in the post she shared a couple of weeks ago.