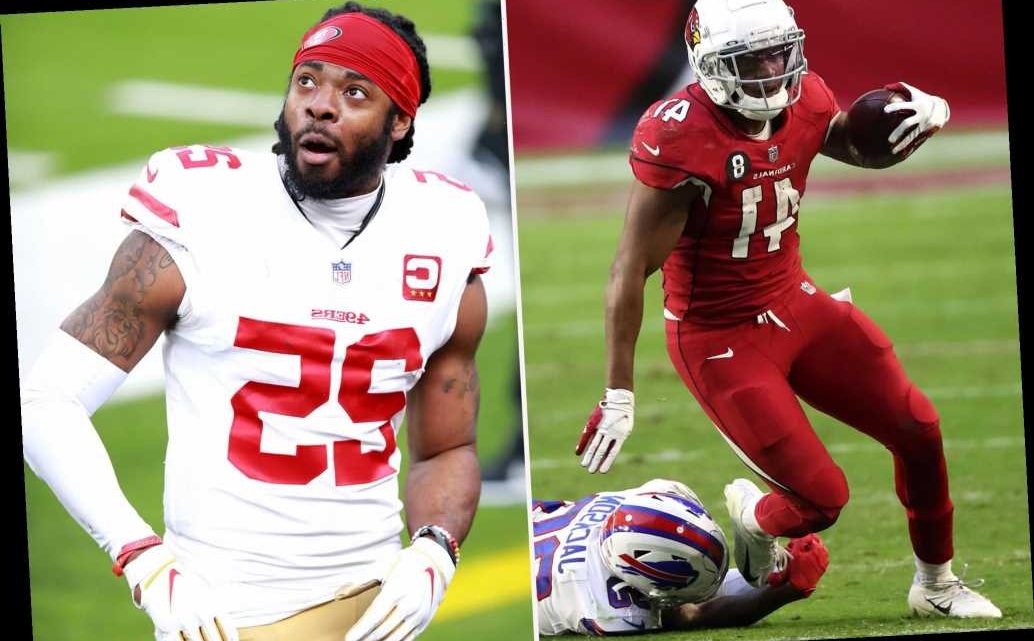 The Jets got on the board Monday night with a few free-agency agreements. Here are some thoughts on the Jets moves and what lies ahead:

1. I am not a fan of spending big in free agency. I don’t think it is a sustainable way to win. That being said, I recognize the Jets were in a position with their roster where they had to spend some money and I think Joe Douglas took a wise approach.

Douglas identified edge rusher and wide receiver as two positions in this market that had more talent than usual, as the reduced salary cap forced teams to make some difficult decisions and prevented players who would usually get the franchise tag from getting it.

Next, he drilled down on two players in Corey Davis and Carl Lawson who were not going to be looking for the highest contracts at their position and also were young enough (both will be 26 on Week 1) that their best football should be ahead of them.

Free agents are free agents for a reason. The trick is to identify what that reason is and figure out if they are worth investing in. In this case, it seems the Titans had other priorities and did not want to pay Davis, and the Bengals tried to keep Lawson but my guess is were unwilling to structure the contract in the same way as the Jets with guaranteed money. We’ll see when we get the full contract details.

Both of these players are risks, but the Jets are better at those positions today than they were yesterday. They also did not overpay on the biggest names available like they did with Trumaine Johnson, Le’Veon Bell and C.J. Mosley. I preferred Yannick Ngakoue at edge rusher because he is more proven, but Lawson may have a higher upside.

It is impossible to know how these players will pan out. That grade will come in two years. But Douglas’ logic, plan and execution were solid.

2. The Jets are not done yet. There are still holes all over this roster and Douglas won’t be able to fill all of them in the draft. I’m not sure Douglas will be handing out any more big contracts. I think now he’ll be searching for value. The biggest positions that jump out are cornerback and running back. The Jets do feel that the draft is stronger at these positions than free agency. But they still need to add at the position.

I could also see the Jets adding another edge rusher to go along with Lawson. Kerry Hyder had 8 ½ sacks last season for Robert Saleh in San Francisco. He won’t break the bank and will be an upgrade with scheme familiarity.

I also think the Jets need some more depth at linebacker and tight end.

3. I did not list interior offensive line above because I don’t think the Jets have many options there. The free agent market was Joe Thuney at guard, Corey Linsley at center and then a huge dropoff. I’m not sure any of the names still out there are much of an upgrade for the Jets. Douglas may address the need in the draft or maybe he can find someone in a trade. I do think he needs to do something at guard, and he can’t go into the season with Alex Lewis and Greg Van Roten as his only answers. The Jets like Connor McGovern at center and felt he played better late in the season.

As for Thuney, you can’t criticize Douglas for not signing a guard for $16 million a season. That is crazy money and good for Thuney for getting it. Also, if the Jets matched the offer from the Chiefs, where is Thuney going? Kansas City has been in the last two Super Bowls. So, the Jets would have had to top the offer, perhaps significantly, to land him.

As for Linsley, the Jets were not interested. They did their homework on Linsley and decided he was not a fit. This was not them being cheap. They just did not feel like he was the right player for them. You have to think they had a lot of intel on him since he played for Matt LaFleur over the past two years and his brother Mike is now the Jets offensive coordinator.

4. The Jarrad Davis signing underwhelms me. He did not play well in Detroit to the point where he had a reduced role last season. I’d like to hear what the Jets’ plans are for him. They did not pay him a lot of money, so maybe they see him as a depth player.

As for Mosley, I would not trade him. I don’t think the Jets will be able to move him because of his contract, and if they do they are not going to get much back in return. He is a good football player when he’s healthy. Take your chances that you can get something out of him this season and then try to move him next offseason.

5. One last note on a former Jet. When I saw the news that Washington signed quarterback Ryan Fitzpatrick to a one-year, $10 million deal, I thought about the end of the 2016 season with the Jets. Fitz had played terribly that year and everyone knew his time with the Jets was over. One reporter asked Fitzpatrick if he thought he was done playing football, period. Fitzpatrick did not like the question. That is why I remember it. He bristled at the idea that he was done. Five years later, he just got another $10 million. Long live Fitzmagic. He has had a fascinating football life.