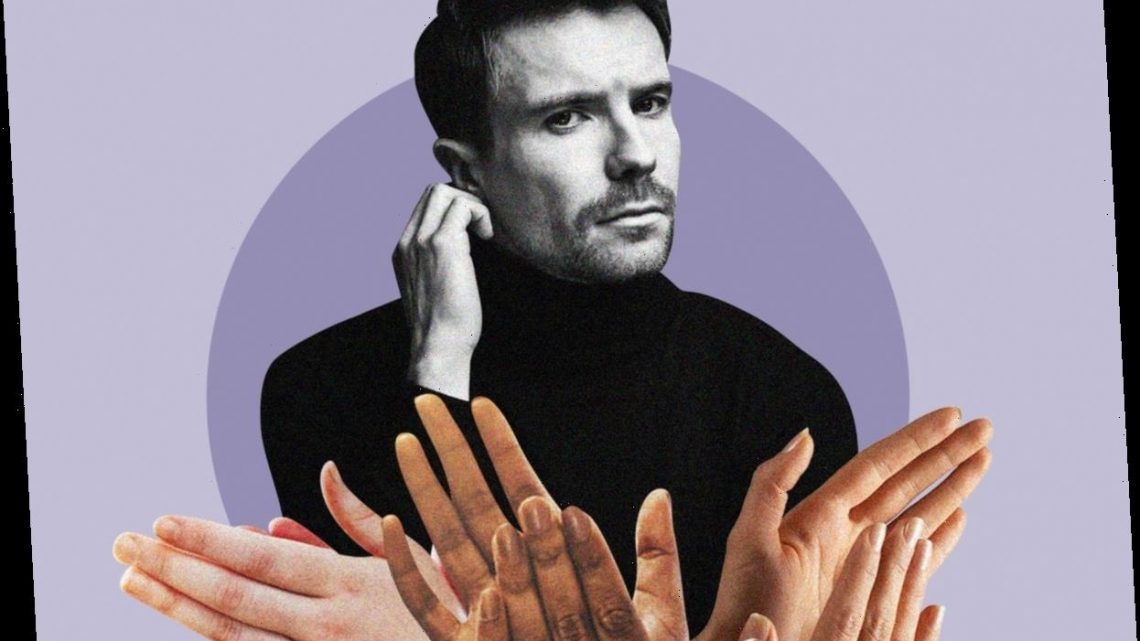 "I did feel pressure to be Chris."

Welcome to Do It For The Applause, a series in which we ask performers, writers, business leaders, and public figures to think about the notion of applause and what it means to them. Today, we hear from actor Joe Dempsie.

Joe Dempsie is a lot of things. A Game of Thrones alum, a die-hard Nottingham Forest fan, a thesp, a fervent anti-Trump tweeter, a lead in Channel 4’s new critically acclaimed drama Adult Material. But to a certain swathe of British millennials, he’ll always be Chris.

Does he ever get tired of talking about Chris Miles, the Skins character that gave him his big break, I ask?

“No,” the 33-year-old actor laughs down the phone, “I’m tickled that I’m still asked about it.”

With its recent arrival on Netflix, Skins season one has gained a whole new legion of fans (“I was suddenly aware of 15 year olds coming over to me and asking ‘Are you Chris from Skins?’” says Dempsie), but the show first aired 13 years ago (I know). Yes, it was all the way back in 2007 that a group of drugged-up and devastatingly hot Bristolians burst onto our screens and instilled an entire generation of teenagers with an intense sense of lust and longing in equal measure. The trailer alone crystallised ‘cool’ down to its most essential elements: parties, drugs, sex, smoking, unexplained shaving foam. I mean, Euphoria could never.

Speaking of those early days on Skins, Dempsie says: “When we went in making it, we had no expectations for it whatsoever” but the unexpected hype around the trailer meant a “huge audience was waiting to watch the first episode.” He adds: “I mean, people talk about things changing overnight, that literally happened to us. We genuinely couldn’t walk down the street.”

This kind of attention at such a young age (Dempsie was 20 when Skins started) had an interesting effect not only his feelings as a performer (the show was an “acting apprenticeship” for him – he had never had any formal training) but also his sense of self.

“I remember I was going to spend weekends with all my mates at universities around the country and if we were going on a night out, it would turn into basically an extended selfie session,” he tells me. “And I did feel that pressure, I guess, to be Chris. I’d think, ‘Oh people want Chris. Give them Chris.’ And the answer to that was just to get as smashed as I possibly could. After a while, I realised that wasn’t particularly healthy. Physically or mentally.”

So, after leaving Skins in one of the most dramatic death scenes in teen drama history, Dempsie decided it was time to put some distance between him and his TV character, purposefully turning down roles that resembled the pleasure-seeking stoner. “It meant not working for quite a long time,” Dempsie admits.

Luckily, the roles he eventually landed were well worth the wait. Dempsie has since appeared in Channel 4’s TV adaptation of This Is England, in Murder on BBC Two, and, of course, in Game of Thrones. Starring as Gendry in the HBO fantasy show, Dempsie was a firm fan favourite and, later, a tumblr bae thanks to that sex scene.

Dempsie plays Rich, Hayley’s husband and glorified PA. Rich handles Hayley’s Twitter, records her bespoke at-home videos, and bags up her sweaty gym clothes to send to paying customers. However, while we may initially see Rich as the doting husband and dutiful errand boy, like all of Lucy Kirkwod’s characters, he’s not without his complexities.

“I think he thinks he’s probably more important to the business than he actually is,” Dempsie tells me. “Rich thinks that putting a shift in on Hayley’s Twitter is somehow as arduous, if not more so, than what she’s having to do. So there’s all those dynamics in there. I think he’s got a little bit comfortable, I think he’s slightly lost sight of the sacrifices that Jolene is making to keep the house running.”

Dempsie says this dynamic is what attracted him to the role, along with the overarching themes running through the show: “Power. Gender imbalance. Consent. Choice. These were certainly topics that I was keen to explore,” he tells me.

Then there were the names attached to it. “As soon as I saw Lucy Kirkwood’s name, I knew it was going to be good,” Dempsie says. And he describes Squires “a great friend” and a fantastic actor.

When we begin to dig into the idea of applause and what it means to him, I learn just how exciting it is for Dempsie to work with people he admires. Plus we discuss his thoughts on self-deprecation, representation, and the one and only standing ovation he ever received.

Whose applause means the most to you?

There’s no way of saying this without sounding like a bit of a snob but it’s usually been my peers and people whose work I admire and respect. I mean, any praise is warmly received, but that’s the one I’m really angling for. But then, I guess the rarest form of applause for me – and therefore the highest compliment I can ever get – is from friends of mine. The people I’ve grown up with. When they say that they’ve watched something that I’ve done and they forgot that they were watching me. Because most of my friends still can’t take me seriously. So on the rare occasion when they can, that’s quite nice.

What form do you like your applause to come in? Double taps, five star reviews, standing ovations, or texts from your nearest & dearest?

I’ll take them all [laughs]. I mean, I think if I’m being totally honest with myself, it would be a five star review. I’ve never had one so I think that would be something that I still crave. And I’m working out what that’s about – why I feel the need for that validation from the industry as opposed to, say, my family members.

I’ve had one standing ovation in my time. About seven years ago while I was doing a play at Soho Theatre. Basically, for the last 15 minutes of the play my character is slightly losing his mind. And so I’m on stage in just a pair of black boxer shorts. But this time I glanced down and saw this flash of colour. And I basically realised that the fly of the boxers was undone. But at no point was it appropriate for my character to… tuck anything in. Or rearrange anything. So I just stuck it out and saw it to the end. As soon as I came off stage my co-star just absolutely pissed herself laughing saying "I can see your knob." I was like, "Shit, you could see that?" So then we went out for our applause and… yeah, there were two very kind blokes on their feet in the front row.

Oh. That’s quite a tough one actually. I mean, I guess I’ll make it easy and say my favourite type of compliment is a sincere one and my least favourite is an insincere one. Man, how did I manage to wiggle my way out of that one…?

Why do you think many of us find it so difficult to accept praise?

I don’t know where it comes… I don’t know what the root of it is but I do think it’s a cultural thing – with Brits. I mean, British actors often pack a bag and catch a flight to Hollywood and see if they can break America. And one of the things that we often come back saying after an unsuccessful trip is that we’re not good enough at selling ourselves over there. America being a culture that’s much more geared towards yourself up, in the way that treads that line between arrogance and confidence. I think a lot of American actors can straddle that really well. But I think it’s something about British culture, we’re taught not to blow our own trumpet.

And I think it’s kind of about poppy syndrome. Our culture in general seems to enjoy building someone up and then slightly revelling in it when it all goes tits up. And so maybe we’re always slightly guarding ourselves against it all coming crashing down. So it’s like, "Well at least I didn’t talk a big game."

Which person do you think deserves more applause in your industry right now?

Representation is something that’s been talked about a lot in recent years – and rightly so. And I think that disability representation doesn’t always get the amount of exposure and attention that it deserves. I would love to see more stories about [living with a] disability but I’d also love to see more actors with disabilities cast in roles in which a disability is not a defining factor for their character.

Adult Material is on Channel 4 Mondays at 10 p.m and all four episodes are available to stream on All 4.

'90 Day Fiancé': Colt Johnson Admits During the Tell All That He Doesn't Think He Loved Jess Caroline

Yes, Silicone Dish Sponges Really Work — & These Are The Best Ones
Recent Posts

‘Who the hell elected you?’: US Senate tech hearing becomes political tussle
10/28/2020 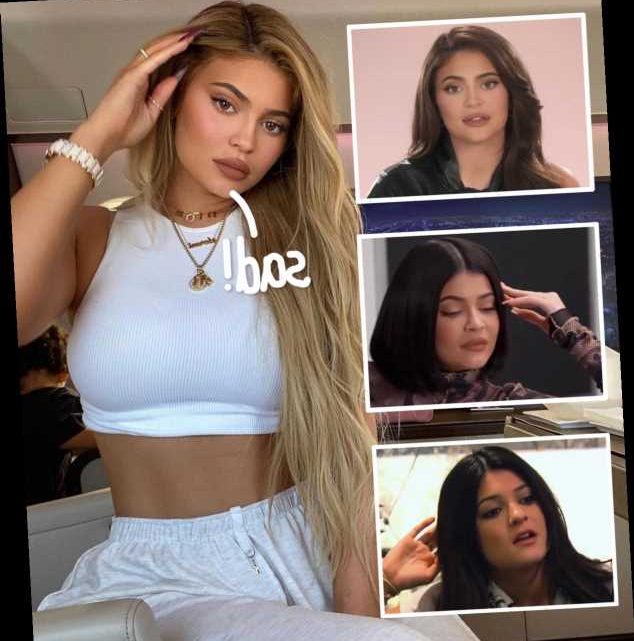 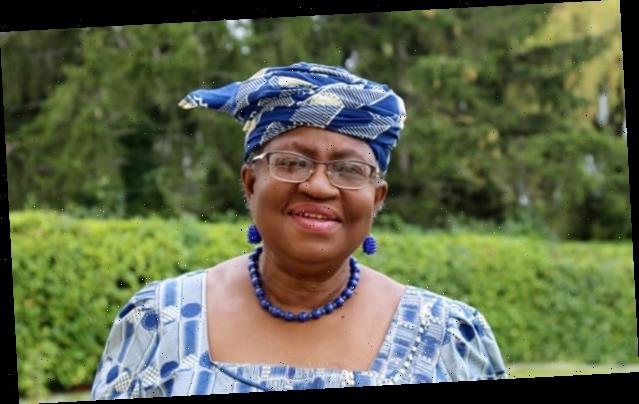 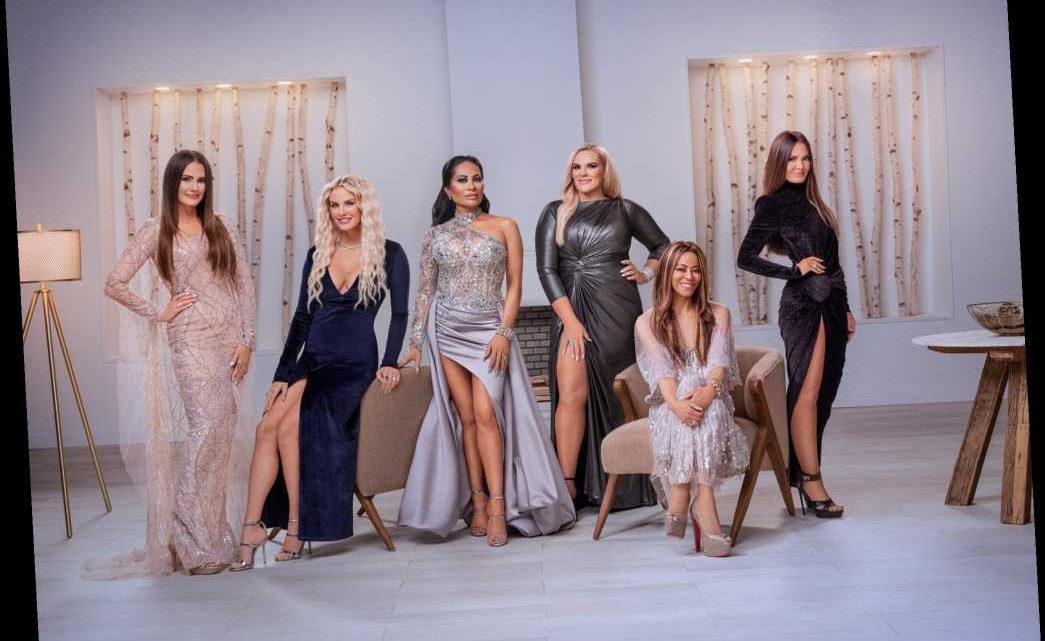 10/28/2020
The Real Housewives of Salt Lake City Taglines Revealed — Meet the New Bravo Stars!
This website uses cookies to improve your user experience and to provide you with advertisements that are relevant to your interests. By continuing to browse the site you are agreeing to our use of cookies.Ok