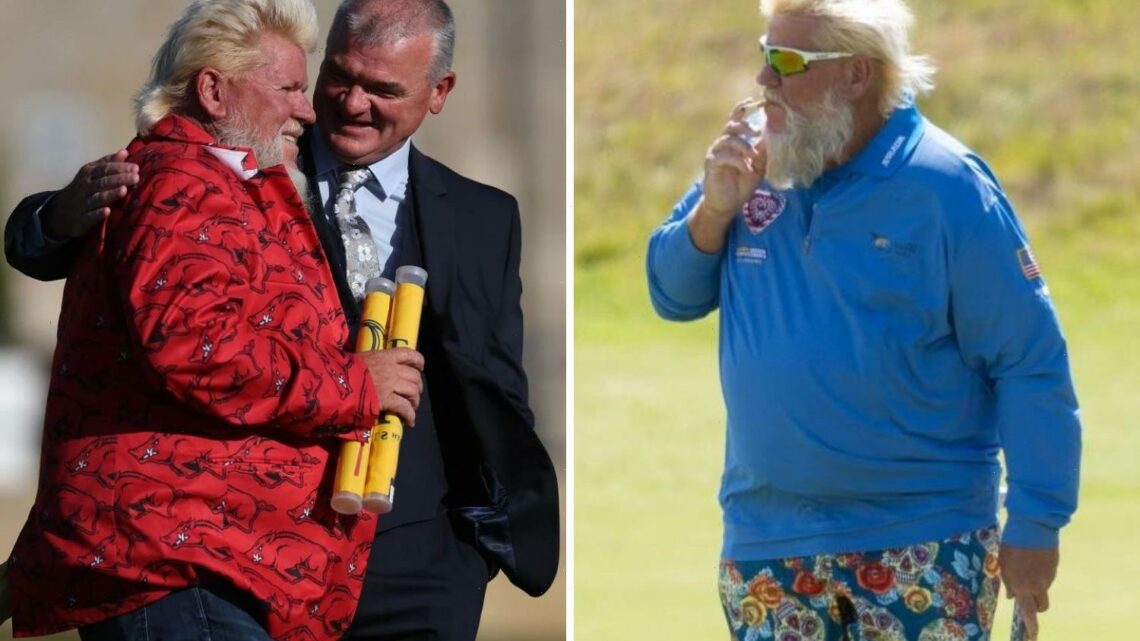 TWO-time Major winner John Daly has already lit up The Open – in more ways than one.

The US star, 56, won the tournament back in 1995 and recently attracted a new legion of fans with his eccentric performance at the PGA Championship. 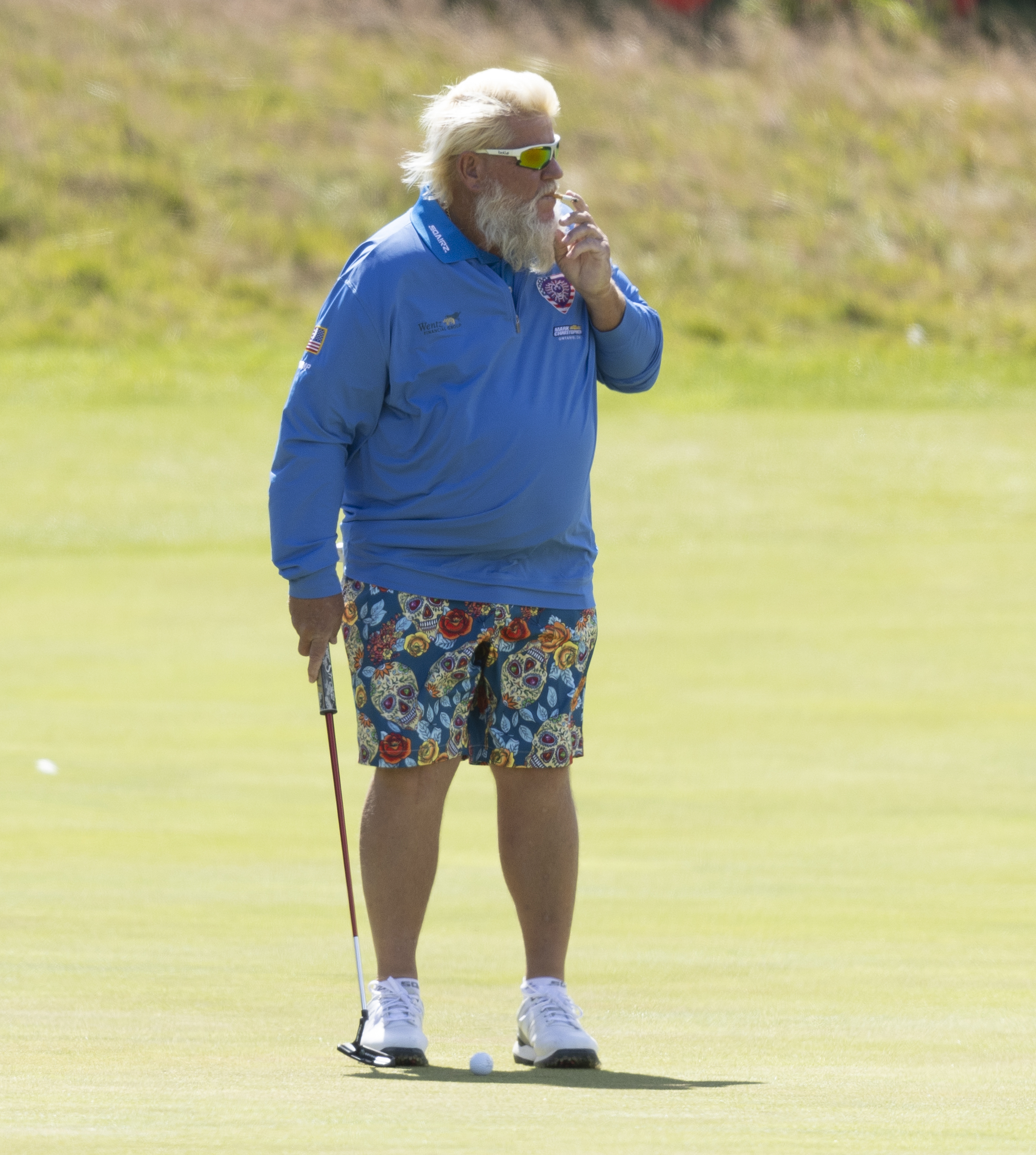 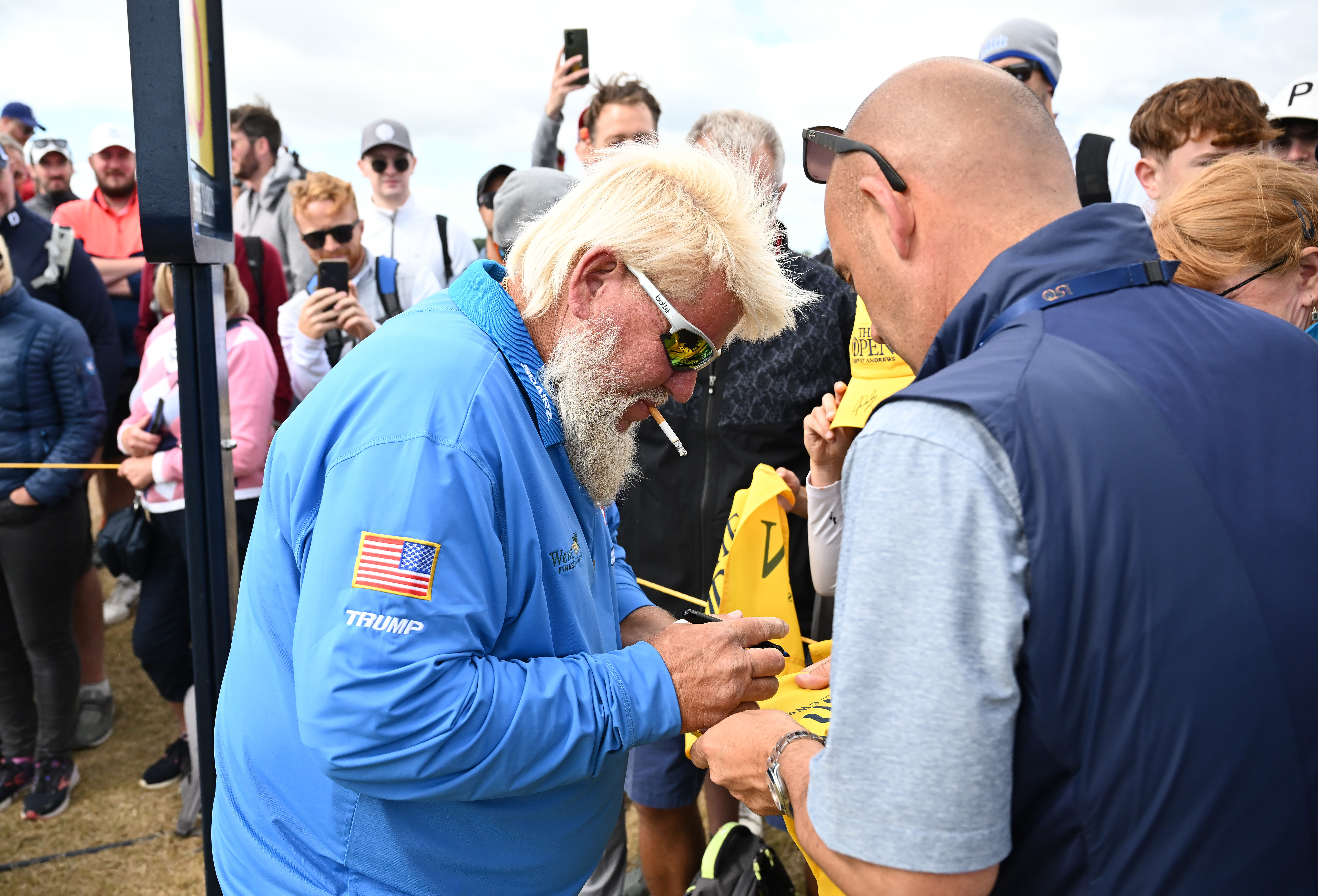 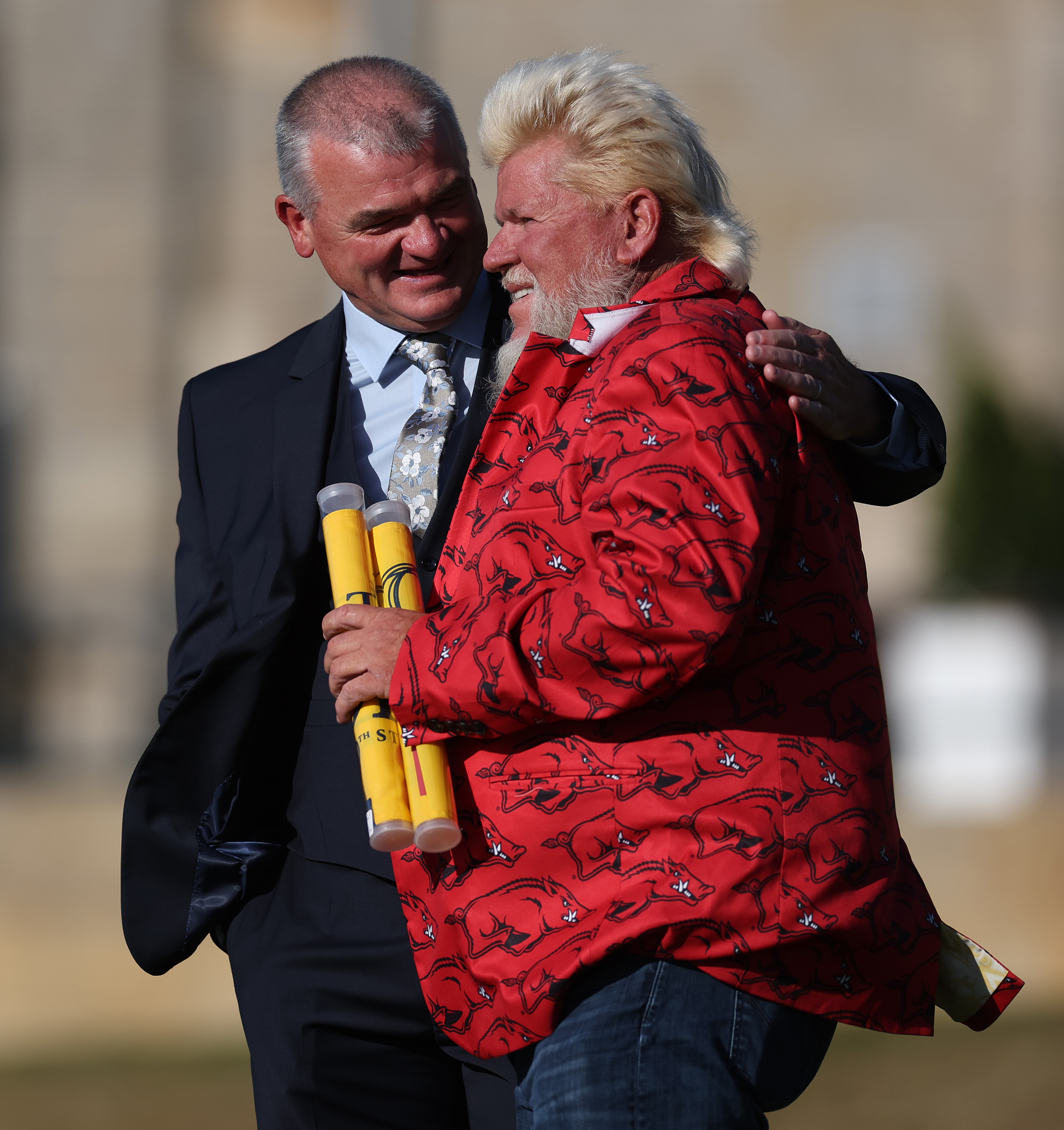 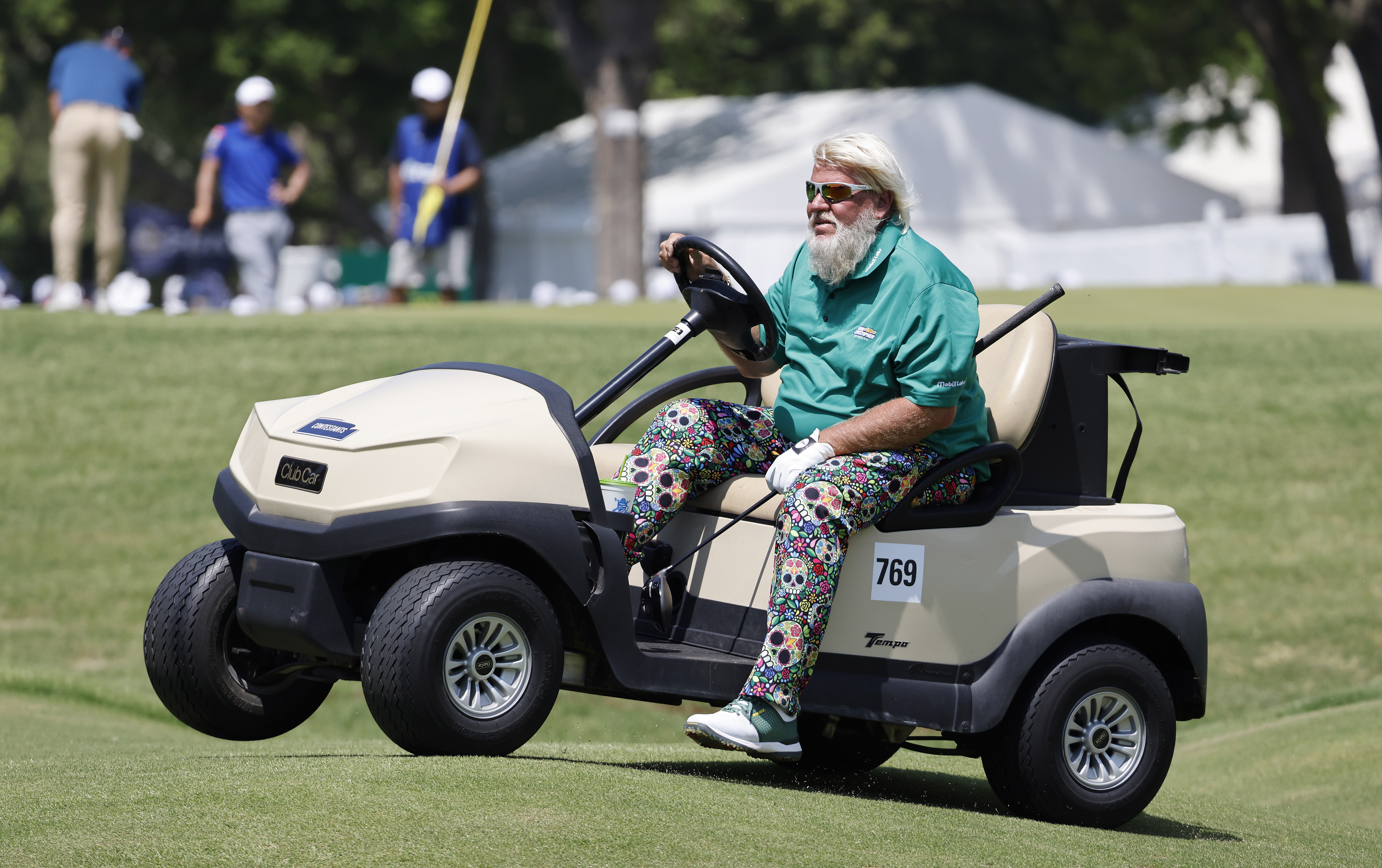 Daly proved to be a social media hit as he cruised around in his golf cart, supped Diet Coke between holes and chain-smoked.

Now the Californian-native is back in Scotland and targeting more success on the Old Course.

He certainly looked the business on Tuesday night at the annual Past Champions Dinner, rocking an outrageous red warthog suit.

Fans were reminded of his skull pants from the USPGA, where Daly led the field after seven holes.

And in true style, the American star puffed away on a cigarette as he prepared for Thursday's tee-off time.

Earlier in the week, Daly had fans purring as he stopped for selfies with fifteen-time Major winner Tiger Woods.

Hooters-loving Daly will tee off at 7.52am local time this Thursday alongside fellow Americans Bryson DeChambeau and Cameron Tringale.

He was recently spotted driving a golf ball OVER a busy Ohio interstate, to the delight of onlookers.

While DeChambeau recently ditched the PGA Tour for LIV Golf, with a baffled Woods saying he "doesn't understand" why players are heading to the Saudi-backed tournament.

Danny Rose plays for Tottenham despite still being contracted to Watford

There was some love for Liv on the course though, with Patrick Reed donning LIV-branded gear as he plots a second Major win.

While Tiger isn't ruling himself out of a sixteenth title and his first at St Andrews since 2006.

He said: "I’ve been lucky enough to win all four Majors multiple times, and each has its own section.

"I have a big cabinet with four shelves, so that the Major trophies all have their own row.

"And yeah, there’s space for more — after all, one of those rows already has five trophies on it, and there’s four on another shelf." 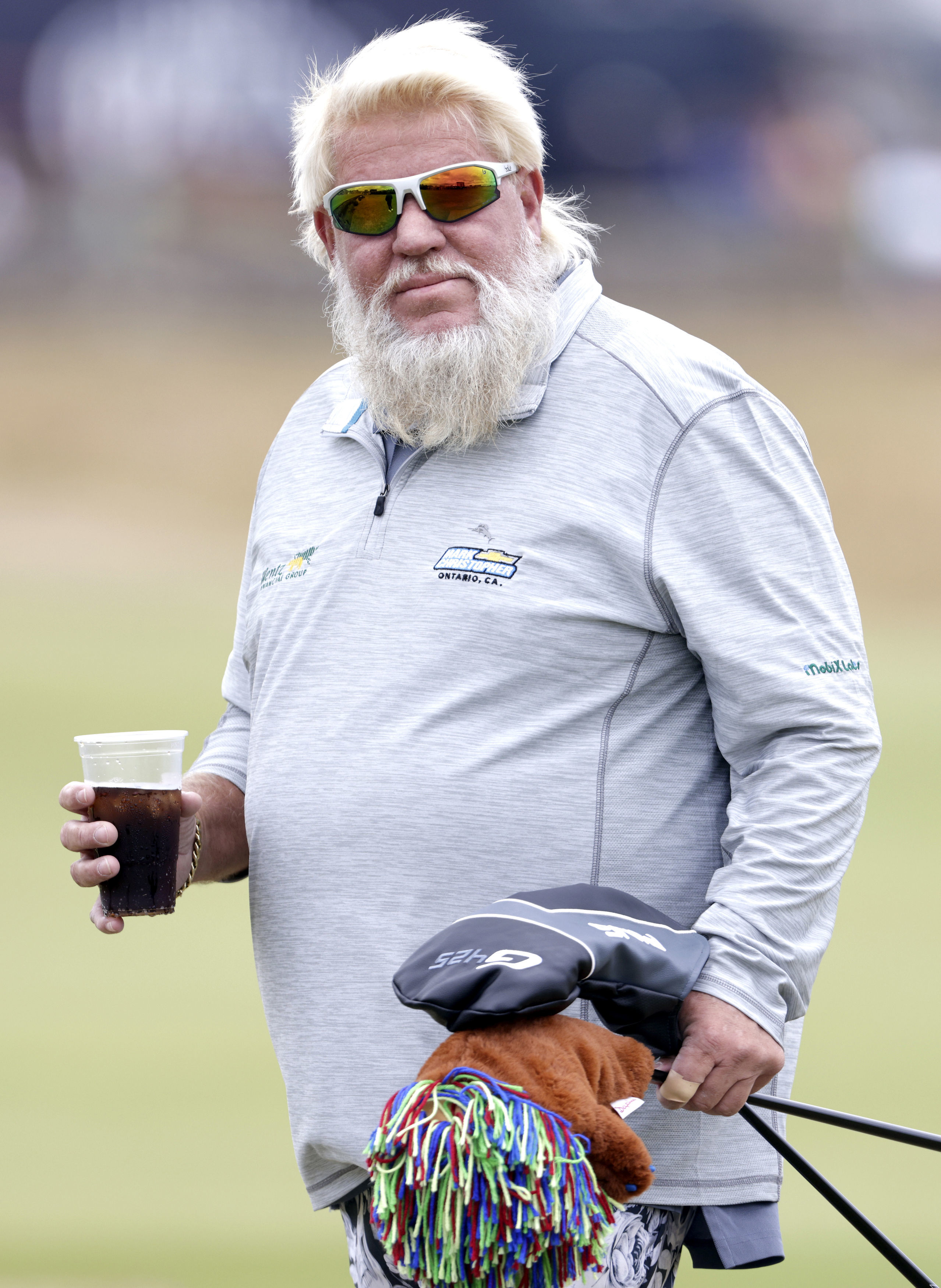