John Farnham is awake and responding well to care after undergoing surgery last week to remove a cancerous tumour from his mouth. In a statement issued on Monday morning, the singer’s wife Jill said her husband still remains in intensive care.

Farnham, universally known as The Voice in honour of the 1986 hit You’re The Voice, underwent an 11½-hour surgical procedure in Melbourne last Tuesday. The surgery involved two processes – the first being the removal of the tumour itself, the second being reconstructive surgery on Farnham’s jaw, part of which was excised during the first operation. 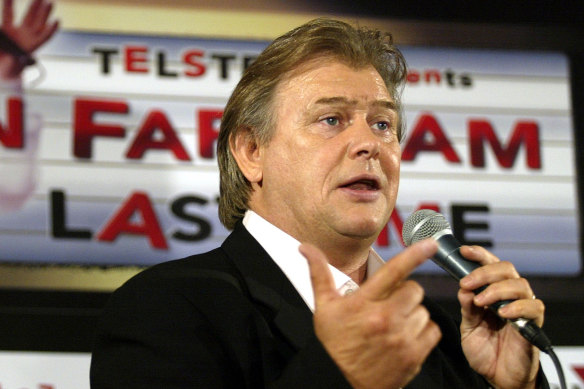 John Farnham is recovering from surgery in hospital.Credit:Ray Kennedy

Following the procedure last Tuesday, Jill Farnham said “the cancerous tumour … has been successfully removed. There is still a long road of recovery and healing ahead of us, but we know John is up for that task.”

Monday morning’s announcement suggests the ARIA Hall of Famer has begun to take his first steps on that road. In a media statement, the Farnham family thanked the public “for their ongoing messages and well wishes”, adding “it really lifts our spirits knowing that everyone is thinking of John”.

Jill Farnham said her husband “remains in a stable condition in ICU following the removal of a cancerous tumour in his mouth on Tuesday. He is awake and responding well to the care he’s receiving.”

Throughout this ordeal, the family’s statements have been brief and issued via statements. More details have come via figures close to them, such as Gaynor Wheatley, the widow of Farnham’s long-term manager Glenn Wheatley, who died from complications arising from COVID-19 in February, aged 74.

She told Today last week that “there will be ongoing treatment to make sure we’ve got it all, but I think by Christmas we’ll be looking great”.

Entertainment reporter Peter Ford told 2GB’s Ben Fordham last week that Farnham would likely have to be intubated as part of his recovery. “He’ll need a feeding tube and he’ll need rehab to help him chew and swallow again,” he said. “He’ll spend weeks in hospital recovering.”

Ford also told Gareth Parker on Perth radio station 6PR that it was unlikely Farnham would ever sing publicly again, though he attributed that as much to the loss of his long-term friend, mentor and manager Wheatley as to his health crisis. 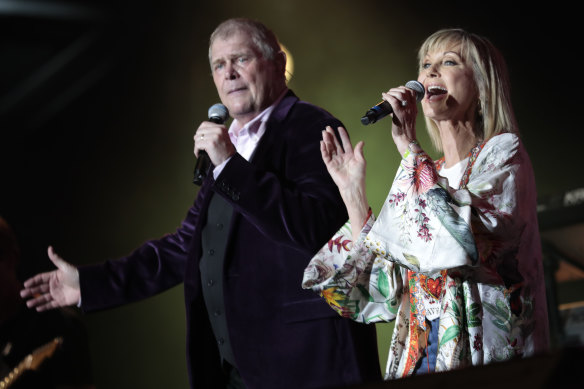 If that is indeed true, history will record that the singer’s final performance was the bushfire benefit concert in February 2020, where he was joined onstage by Olivia Newton-John, who lost her long-running battle with cancer earlier this month.

Since news of Farnham’s condition broke last week, messages of support have poured in from public figures, fans and members of the general public.

Now a tribute page has been established “as a way for fans to write and send messages of love and support to John”, who is not on social media.

The organisers of the weloveyoujohn.com.au page promise: “These messages will be saved and shared with John and the family so that they may read them when the time is right.”

Nutritionist reveals what the PERFECT lunchbox looks like
Recent Posts