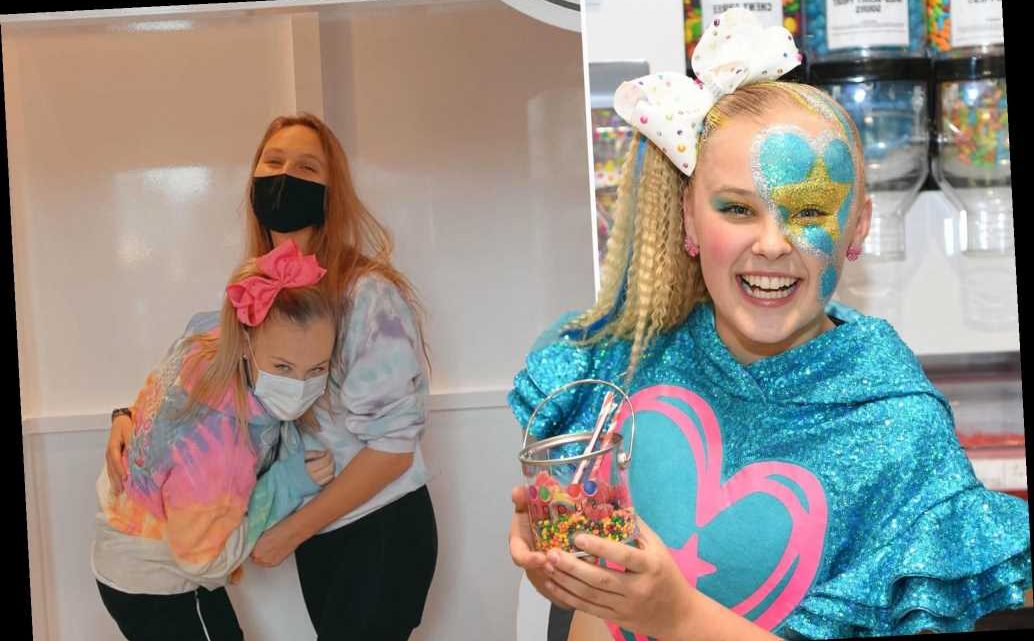 JoJo Siwa introduces fans to girlfriend Kylie after coming out

Why fans are speculating about JoJo Siwa’s sexuality

JoJo Siwa addresses backlash over her new board game

Irrepressible Zoomer icon JoJo Siwa introduced fans to her girlfriend, Kylie, via Instagram on Monday, mere weeks after confirming she was part of the LGBTQ community.

The 17-year-old former “Dance Moms” star made the introduction a few days after revealing to Jimmy Fallon that she indeed had a girlfriend.

Siwa explained in her post that Kylie, whom she tagged, has “[been] my best friend for over a year and January 8th 2021 I got to start calling this exceptional human my Girlfriend.”

“Since then I’ve been the happiest I have ever been,” she added.

Siwa has appeared to become gradually more confident in addressing her personal life. Fans began speculating about her identity as a member of the LGBTQ community in January when she posted a video of herself singing along to Lady Gaga’s queer anthem “Born This Way.” She was then seen donning a T-shirt reading “Best Gay Cousin,” and the following day, confirmed she was LGTBQ, saying, “I have gotten the most endless amount of love and support … I am really, really, I’m really happy.”

Last week, during her “Tonight Show” talk with Fallon, Siwa, who claims 12.5 million subscribers on YouTube, explained that she’d been emboldened while filming with a group of LGBTQ+ TikTokers called Pride House, assuming the collaboration would “out” her anyway.

“I don’t really mind because it is true,” she continued. “I do have the most amazing, wonderful, perfect, most beautiful girlfriend in the whole world” who was “super encouraging.”

Siwa is currently in Vancouver working on her new musical movie “The J Team.”

Ashley Benson and G-Eazy break up, plus more celeb splits of 2021
Recent Posts