JON GRUDEN quit his NFL head coach job with the Las Vegas Raiders on Monday after a series of emails were leaked. 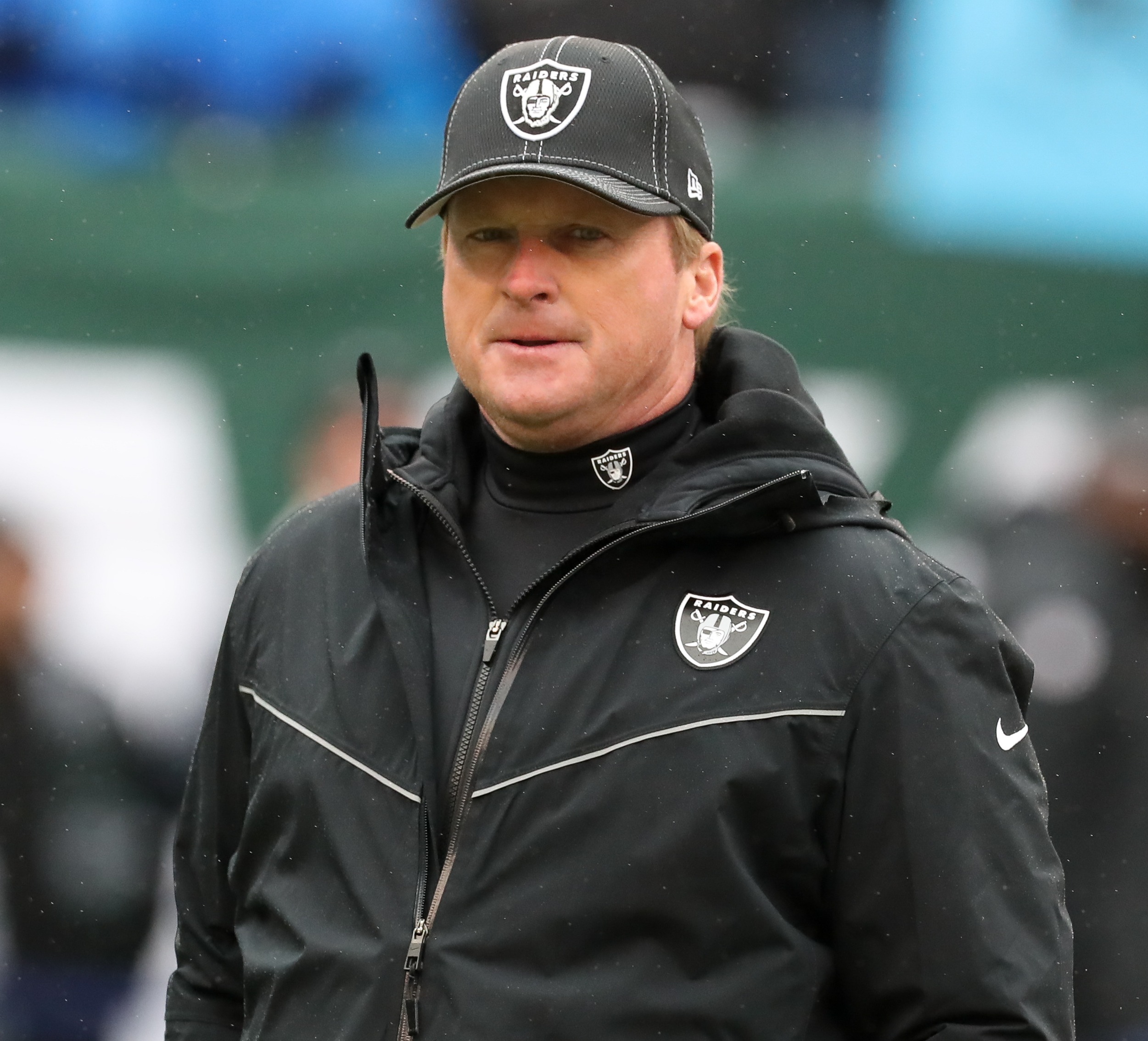 The New York Times reported on Monday the details of numerous offensive emails Gruden sent between 2011 and 2018.

It came after a report last week from the Wall Street Journal revealed that the 58-year-old used racist language towards NFL Players Association boss DeMaurice Smith in a 2011 email.

The ex-Raiders coach is also alleged to have said that Goodell pressured the Rams to draft "queers" in reference to the first openly gay player drafted by an NFL team Michael Sam.

And he is alleged to have responded to a sexist meme of a female official by saying 'Nice job roger' in an email in 2017.

Gruden is also reported to have called for Eric Reid, who took a knee during the US national anthem to highlight social injustice and racial inequality, to be sacked.

He was alleged to have wrote "he needs to hide in his concussion protocol tent", in an apparent reference to the number of head injuries Reid suffered after the NFL's attempts to reduce concussions.

The emails came to the NFL's attention during a review of workplace misconduct at the Washington Football Team that was completed this summer.

Gruden's emails were sent to former Washington team president Bruce Allen and others while Gruden was working as an analyst for ESPN, according to the New York Times.

He was in the fourth year of a 10-year deal to coach the Raiders before his sudden departure.

The 58-year-old said in a statement: "I have resigned as Head Coach of the Las Vegas Raiders.

"I love the Raiders and do not want to be a distraction. Thank you to all the players, coaches, staff, and fans of Raider Nation.

"I'm sorry, I never meant to hurt anyone."

Raiders owner Mark Davis said in a statement he had accepted Gruden's resignation without elaborating and Rich Bisaccia was named interim head coach.